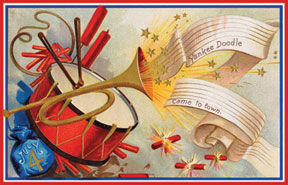 A couple of months ago, while writing about culinary insults (Teacher Plus, March), I had concluded the article by saying that in the next instalment I would explain, or at least attempt to explain, why Americans are called ‘Yankees’ and the English, ‘Limeys’. I forgot, and so did the readers and the Editor of this magazine. There was no letter of rebuke from the wielder of the blue pencil, nor was there a litany of complaints from angry readers saying that the suspense of not knowing the origin of these two words was playing havoc with their rather delicate digestive system. Since no one waited for the next instalment of the magazine with bated breath, I guess there is no need for me to apologise. So without further ado, let me fulfil a promise that I had made.

Americans are known throughout the world as ‘Yankees’ or ‘Yanks’, and as everyone is aware, this epithet is not always used as a term of endearment. The origin of this term is shrouded in mystery. According to some scholars, there are as many as 20 different theories to account for this word. The one thing that everyone agrees on, however, is that the first ‘Yankees’ were not Americans! In the late 1600s, the Dutch were derisively called ‘Yankees’ by the Germans and Flemish. Interesting to note, isn’t it, that the terms ‘frog’ and ‘Yankee’ were first applied to the Dutch and not the French and the Americans as they are now. You begin to wonder why the poor Dutch were despised so much.

The name ‘John’ is quite common all over Europe, but the manner in which this name is pronounced depends on which part of the continent you are from. The Dutch, for instance, pronounce it ‘Yan’, and not ‘John’. According to some scholars, the second half of ‘Yankees’ is derived from the word ‘kaas’, meaning ‘cheese’. The word ‘Yankees’, therefore, literally means ‘John cheese’. You may wonder why ‘cheese’? For all ‘paneer’ lovers, the answer is fairly obvious; the Dutch are masters in the art of making different varieties of this edible substance. Every Dutchman was seen as a Johnny who made cheese! With the passage of time, however, the word ‘Yankee’ became rather restricted in its meaning; it was used to refer Dutch pirates rather than all Dutchmen. When America was discovered and many people of Dutch origin settled down in the colony of New England, they were derisively nicknamed ‘Yankees’ by the English. During the fight for independence in the late 18th century, American soldiers adopted this term of derision as a term of national pride. They began to call themselves Yankees and the song ‘Yankee Doodle’, which was originally written by an English doctor to poke fun at the colonial (American) troops, became a source of inspiration; it became the marching soldiers’ anthem.

During the American Civil War (1861-65) ‘Yankee’ became a term of contempt within the United States. People living in the southern states of America, those who were in favour of slavery, disdainfully referred to their northern counterparts as ‘Yankees’. Those who lived in the south called themselves ‘Confederates’. Scarlett O’Hara and Rhett Butler in the novel ‘Gone with the Wind’ were Confederates. This distinction remained for quite some time. It was only during World War II that all Americans, irrespective which region they came from, began to be called ‘Yankees’ or ‘Yanks’. 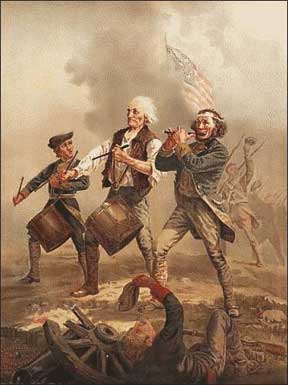 While most nicknames were determined by what individuals ate – spaghetti (Italians), frogs (French), cabbage (Germans) – sometimes, it was what they drank that determined what they were called. The case of the English being called ‘Limeys’ is one such example. The English, as everyone knows, loved to sail; but the problem with being out at sea for too long was that people developed scurvy. This Vitamin C deficiency it usually resulted in sailors having spots on their skin, spongy and bleeding gums, etc. In order to protect its men from this common disease, the British Navy in 1795 ordered its sailors to drink lots of lime juice. The Australians and the Americans began to contemptuously refer to all English sailors as ‘Lime juicers’; later this was reduced to ‘Limeys’. With the passage of time, the epithet began to be applied to all Englishmen.