The Delhi rape case of 2012 shook India’s conscience with various protests and legislative movements surfacing all over the nation, particularly in Delhi.

At the time, I was a student of class IX, one who didn’t keenly follow the news and who spent most of her time fretting over the looming ICSE examinations, struggling to keep up with the 90 percent benchmark I had set for myself.

I had always been a straight-A grade student in English and it was in standard IX that my teacher gave me a 55 percent in my first essay. Stunned at receiving such marks, I made it my aim to top my class in English that year, concentrating most of my attention and time in studying English. My teacher that year wasn’t one who stuck to the basic ICSE norm; she would relate poems, prose, and the plays we studied to current issues and events – weaving the world into the syllabus, in turn increasing our general knowledge and social sensitivity. 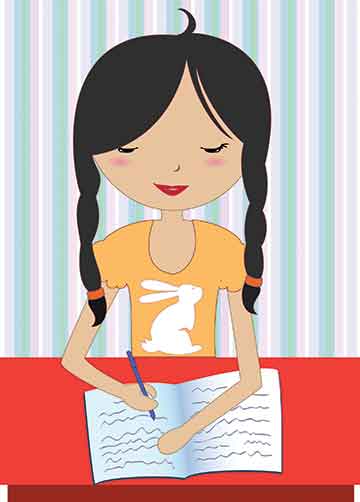 For a good two weeks after the Nirbhaya tragedy, we were given write ups by eminent Indian journalists regarding the issue, had class discussions pertaining to the topic and were even shown videos of rallies in the national capital against the political and judicial system’s responsibilities in cases of rape. One of the videos we saw featured the Secretary of the All India Progressive Women’s Association – Kavita Krishnan.

Ms. Krishnan highlighted women’s rights in the video, their right to roam the streets of India at any time they wished without having to justify their actions to anyone, under the protection of the Indian police. The fervour demonstrated in the video and a study of this incident in class built a sort of anger within me. It could have been me instead of Nirbhaya who had gotten on to the bus that day and been raped. All these emotions bottled up within me flowed out in the form of a poem. I shared this poem with my English teacher who suggested that I should hand it in to the Editors of the school magazine as my contribution to the next issue, and so I did.

Over the course of the next year and a half, my interest in English deepened and I did ultimately manage to get the top grade in my class in an essay about capital punishment. All the rigour I put into achieving this made me realize my own passion for the subject and why it was so important for me to write.

A few months after my ICSE examinations, my English teacher from school contacted me and told me she had some interesting news to share with me. She excitedly told me that she had been able to get in touch with Ms Krishnan. My teacher shared my poem with her. I couldn’t believe that she had kept the poem in mind for so long. I thought that being published in the school magazine was the end of the road for that piece. I could hardly believe that Kavita Krishnan actually received my poem, read it, and even replied to the letter I sent her through my teacher. The thought of a public figure responding to a high school student was something that I didn’t believe could happen. But Ms. Krishnan responded to my letter and poem, urging me to never give up writing. This response made me feel special and gave me a sense of accomplishment.

The time both my teacher and Ms. Krishnan took to be involved with my poem was encouraging and re-kindled the flickering love for writing within me.

To tell the truth, I’m not a voracious reader and I feel the notion that you need to read in order to write is not all that it takes to enjoy writing. To write, one needs to feel. One needs to be disturbed, or roused by something. My best essays come from topics that scratch the sensitivity within me. I’m certain that had my English class in Grade IX not gone beyond the syllabus I’d be a young adult with no direction for my future. The brilliant and provocative works that are included in the English syllabus sure did play a role in making me realize my love for the subject but it was the emotions and the manner in which the music, films, articles, and books introduced to us beyond the syllabus in class that brought originality and honesty to my writing. And for me now, writing is a form of therapy, putting muddled thoughts on paper, to give clarity and perspective to issues, to resolve inner conflicts at the practical levels. Maybe it is the fear of this expression of truth that inhibits people from writing? For me, writing has come to mean feeling the truth and facing it.

The author is studying the IB Diploma Programme at BD Somani International School, Mumbai, with English Literature as one of her higher levels. Apart from writing, she is heavily into cooking and social service and volunteers at the vatsalya foundation. She can be reached at [email protected].