I come from a family of teachers and married into another family of teachers. The clan includes my mother, father and grandfather, several uncles and aunts on either side of the family tree, my father-in-law and his father, and (to top it all!) my husband. When I was growing up, I promised myself two things; one, that I would never live in this city, the one I was born in and grew up in; and two, that I would never go into teaching, if only because every other relative I knew or was told about was a teacher of some sort. In schools, colleges, polytechnics, in India and abroad, in cities and villages… just about everywhere! But having grown up I must accept the wisdom of the exhortation, “Never say never”. Not only do I live in the city of my birth, childhood and adolescence, but I also (this is where you hear the self-conscious clearing of the throat)… teach.

Of course, teaching is just one of the things that occupy my working day, but it is one that I come back to time and again and totally by the exercise of free will. The teaching has been across contexts and across different kinds of students. My very first experience with teaching was a post-summer job when I was about 18, in a small nursery school with a class of teary 3 year olds. The school was bang in the middle of a crowded residential area and many of the children were trying to run home, which was not too far away! So one of the first things I had to do was run after them and bring them back to school. Not very much ‘teaching’ happened but I did discover that handling live children was quite different from playing school with a bunch of kids your own age! That stint ended with the child I chased back into school refusing to get off my lap and my feeling a warm glow from an unrecognised source.

The next group I encountered in the role of a teacher was quite different. Postgraduate journalism students who decided it wasn’t quite worth the effort to get up early to come to a writing class run by a visiting teacher. So every day I would face a different group of five students – a rotating class, it seemed – and by the middle of the semester I had perfected the art of giving five minute summaries of missed lectures before starting on the lesson of the day. I really don’t know what kept me going back for more such punishment. I can only attribute it to my dogged belief in education, my passion for the subject, and the rare reward of a student’s smile of understanding, proof of a connection made between me, what I was talking about, and another mind.

Twenty-five years later, I continue to be a glutton for punishment – if, as many may think, one can call the teacher’s life a punishment. Low salaries, poor institutional infrastructure, lack of respect, recognition or professionalism, and little or no independence in making decisions about how to do the job. Though one cannot really compare teaching at the University level with teaching in the schools, a closer examination reveals that the differences are only a matter of scale. Yes, salaries are much better in colleges and universities than they are in schools, but again, they are much lower than in industry and other service fields such as medicine and law. On a scale of desirability, the university teacher’s job rates probably just a little higher than a schoolteacher’s. Other than in well-endowed private colleges, the infrastructure leaves much to be desired. The rewards are not anywhere near commensurate with the level of responsibility – the responsibility of moulding and inspiring minds, building character, inculcating values, and directing personal growth. It is just as difficult to find good teachers in colleges and universities as it is in schools these days. And also difficult to find good teachers for whom this is a first choice job.

The heartening thing though, is that there are still some who are there because they want to be there. Perhaps if these teachers talk more about what makes them stay in these jobs despite the relative lack of rewards (certainly in the financial sense) and the relative lack of prestige, others would begin to see it as a viable option. 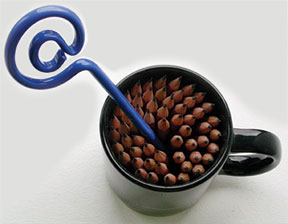 For me, teaching is what makes all the learning worthwhile. Of course, learning through my work, my research and reading is enjoyable in and of itself. But the pleasure of sharing that with a group and looking at it through the lens of newness is an experience that is difficult to describe. To share an idea and find that it can take on an entirely new interpretation just by being placed amidst a group of open minds (well, some open minds) is an exciting process. To participate in the process of growth, intellectual, emotional and psychological, of an individual, is a privilege that is granted to few; sometimes even parents are excluded. But it is a privilege that can find its way into the teacher’s life, in most unexpected ways.

And that’s what keeps me coming back for more. I do have another job that gives me that luxury of teaching what I want when I want, and I realise that this is not something that any schoolteacher has and not many college teachers either.

I am not sure how I would have felt if I were in a full time teaching job handling all the routine procedures and politics, managing with meager resources and students who are not too motivated. But I do know this. That my other job does not give me what teaching does; it is the unquantifiable and indefinable rewards of interacting with young people, motivated or otherwise, and knowing that it is possible, despite all the odds, to maybe sow a seed of change, a thought, an idea, that might make some difference.

And you know what the best part is? Many years after a student has left your fold, to run into him or her, see a broad smile and hear a confident hello, before she/he rushes into a long and enthusiastic monologue about how much she/he remembers every (acceptable lie) little detail about what you said in class and how that has influenced her/his life. And even better, when you run into a student who never said much in class, but who, upon meeting you many years later, tells you all about his success… and you think, feeling that warm glow again ‘gosh, could I have possibly had something to do with that?’

This article was originally published in Edu-care, Vol 11, No.1, 2008. It is reprinted here with permission.