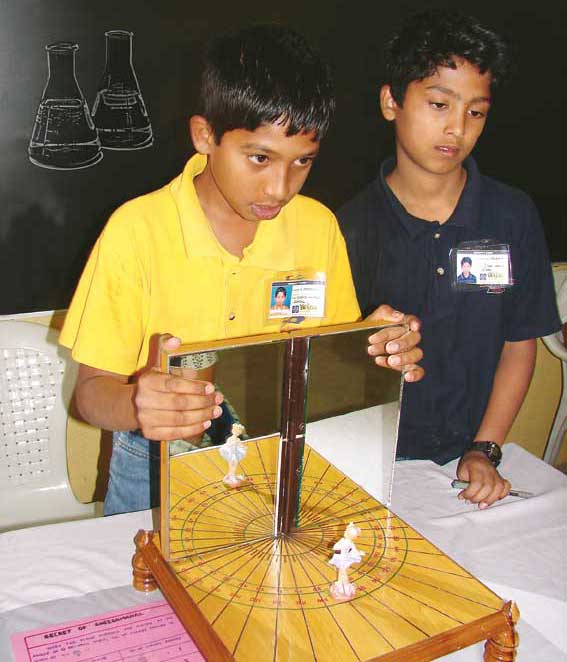 In school, subjects are taught to provide a broad understanding of our world and how it came to be, the processes that it runs by and the laws that govern it, both physical and social. While subjects are included also to give children an idea of what they may be interested in or good at, so as to make choices of career and vocation, they are also meant to give us the basic knowledge that will allow us to function intelligently and productively. To provide literacy, in the broadest sense of the term.

Geography and history provide the conceptual tools that help people navigate through the world as conscious citizens, while mathematics gives us the practical skills to balance our books and estimate our budgets. Science, on the other hand, gives us the means by which we can avoid disease, plan our energy use, argue for better water and sanitation, control our time and resources, and understand the clockwork under the movement of the planets and stars.

There is practical value in what we learn in school, but in the race to fulfill the demands of examinations; this value is lost in the business of preparing for tests. It is important that we step outside our textbooks from time to time to think about the subjects we are teaching. Is there a way to see that this teaching makes sense, both to the learner and the teacher? Can we link the subjects we teach to their real meaning for life? If our children are to be truly literate in all the subjects, such links must be constantly made.

At the same time, in order to generate an interest in ideas, and in science, teachers can talk about breakthrough developments in a manner that makes two things apparent – the revolutionary nature of ideas and how they affect life in profound ways. Some students may be inspired to go further in the pursuit of science and generate their own path-breaking ideas. Others would (and must) acquire a familiarity with the basic concepts of science in a way that they will remember, and apply when the need arises. We will then have made them scientifically literate.

It also is important for us, as teachers, to remain connected with the world around us and what learning means in an everyday sense. As educated individuals responsible for the education of others, how literate are we in arts and sciences of our age?

Science literacy, food for thought
The field of science education is currently going through a shifting of sands. There is considerable debate on the issue of “science literacy”. Science literacy is the knowledge and wisdom you are left with, after you have forgotten all the details that you read in the science classrooms. It is the knowledge that certain basic rules govern the way the physical world around us runs. It is the following up of the consequences of an idea or hypothesis, studying them to verify if the original idea will hold – and the dispassionate dropping of the idea if it fails such verification. It is, above all, a rational world-view, which holds that the idea of cause and effect can be used in planning courses of action at home, in the community and for the nation. It is the operating principles that make for literacy, not the detailed techniques, equations and the “nitty-gritty”; these are for the specialist practitioner.

To gain a better appreciation of the phrase, we could move to other fields and ask the same. What is music literacy? It would be the understanding that all music is made of specific notes of the octave and the way these are arranged to make phrases, movements and harmonic progression in time; that time is marked by rhythm; and that schools of music differ in the patterns and the rules of using the notes and the beats- that is in their grammar. Music literacy does not require that one know the difference between different ragas, like Pantuvarali and Poorvikalyani, but that these ragas are different and are governed by set rules of note progression. To be literate is to possess the wherewithal, not necessarily all the algorithms and technical details; that would be recondite or erudite.

Among scientists too
How scientifically literate are scientists themselves? This is a question that has been asked by two maverick mavens, the geophysicist Dr Robert Hazen of the Carnegie Institution of Washington and physicist Dr James Trefi l of the George Mason University in Fairfax, Virginia, USA. They found to their embarrassment that many of their scientific colleagues did not know much of other disciplines outside their own specialization. A Nobel-winner in chemistry had not heard of plate tectonics – the theory that holds that the earth consists of flat plate like structures beneath the surface that move and slide on one another, thus creating faults, quakes and new and forms. Likewise, several geophysicists could not tell the difference between DNA (the molecule of heredity, of which chromosomes in cells are made and passed on through generations) and RNA (the molecule that acts as a go-between, carrying the message of the DNA in the nucleus to the rest of the cell where proteins are made as per the transcript of the RNA).

Such scientific illiteracy of scientists in areas other than their own appears not exceptional, according to Trefi l and Hazen, but generally prevalent. And here in lies the problem of science education- where the broad sweep and grand generalities of science are not taught, but only narrow technical formulae, equations and rules. The rules are focused in the classroom and not their origins, applicability and generalized scope. No wonder science becomes boring, a rote exercise fit only for the eggheads and marginal to the business of running everyday life. Is this why there are still a lot of “well educated” adults who do not believe in evolution but believe in astrology and numerology, and who think that the god-men are possessed of supernatural powers?

Teaching unrewarded
What leads to science illiteracy among scientists? This is in large part due to the system that prevails in universities – where a faculty member is rewarded for his research work and not for his excellence in teaching. The journal Science quotes Dr James Adams, Chairman of the Department of Values, Technology, Science and Society at Stanford University: “You do not enhance your reputation in your field by teaching general science. The only incentive to do it is because you believe in it”. In a system where promotion comes by if you publish research papers, teaching and lecturing become diversions that bite into your time, and are not valued. In other words, you are rewarded for educating new scientists and not for educating literate laymen in science.

Science’s Top 20
Hazen and Trefi l have put forth their ideas in as book entitled “Science Matters: Achieving Science Literacy”. Together they also offer at George Mason University a one-semester course on “Great Ideas in Science”, or science-appreciation course. This is somewhat akin to a course on music appreciation or art appreciation, and gives the students a panoramic view of science based on what they call “Twenty Great Ideas of Science”. Listed in the accompanying box are the twenty ideas that cover all areas of science.

This was published in the journal Science, and they asked readers to react to these – modify, add or subtract any from these. About 200 responded, and several of these are worth quoting. Some raised strong objections to the phrasing of ideas 1 and 16. The objection is that this oversimplifies the situation and makes it too “deterministic”, glossing over aspects of chaos, random phenomena and emphasizing predictability. Hazen and Trefi l have replied that these statements mean to portray the point that natural laws govern the universe. Another criticism is that the list is too biased towards physics and geophysics, and at the cost of biology and mathematics. The duo responds that the basic ideas of physics apply to biology as well. In this context is the provocative statement of Dr Elliot Sober of Wisconsin, cited in Science that Newton’s laws are not part of the biological canon. But with regard to mathematics, Hazen admits that he does not know how to bring it in.

While there were other critical comments of philosophical or stylistic nature – “slogan mongering”, “catchy drivel”, “parlor game”, “Saturday morning cartoon approach to science” and so on – an important critique is that such a listing of ideas conceals the scientific method. The process of arriving at scientific truths or laws, the methods of skeptical inquiry, the concept of falsifi ability of hypotheses and the universality of the logical method to all human endeavors are not highlighted in the list, because of which it reads as “Twenty Rigid Dogmas”. True to their spirit and philosophy, Hazen and Trefi l agree and say that the main thrust of both the book and the course is just this.

An offer to readers
As in most instances where the interpreters and the purists got together, sparks have been flying in the science literacy campaign. But what is interesting to note with respect to the offer of Science to its readers to do better than the Hazen-Trefi l 20 is that while arguments have been on the language or style of the statements, none has improved on them yet. We offer such an invitation to the readers. Should any of you have specific items to offer, do write and let us know, We leave the readers with that offer and with a beautiful poetic rendering of the twenty ideas, created by Jonathan Post and Christine Carmichael, scientists and poets with Emerald City Publishing Co., Altadena, California, part of which is quoted below as “The Universe in Verse”.

By means of Mathematics the cosmos is depictable

That is to say, “The Universe is regular and predictable”

From Thermodynamics’ first law the World has never swerved

It’s always been observed that energy is conserved.

The oceans dry, the iceberg melts

No man is an island, connections are expected

“All life is connected”. 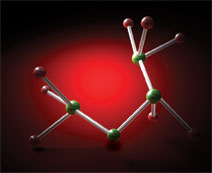 Ask the children to find out how much people understand of these ideas, and maybe others on which many of our everyday technologies are based. They could so a short survey among different groups (high school students versus college students, adults in their neighborhoods, young professionals) and compile a report on what they have gauged as the level of science literacy in their community. They could then go a step further and plan a science literacy campaign, with posters, short plays and presentations aimed at popularizing some common scientific concepts, including the ones listed here.

A version of this article first appeared in The Hindu.

The author is Director, Brien A Holden Research Centre, L V Prasad Eye Institute, Hyderabad. He can be reached at [email protected].