A little over two months ago, a seemingly well-adjusted 13-year-old boy in Mumbai was found to have hanged himself at his home in Dadar. Questions were asked as to why young Gaurang chose to die. Pressure of studies and the exam system, everyone chorused. Gaurang’s parents were understandably too shocked to make any statement at all, but then, a month after that tragic day, they spoke to the media about a ‘choking game’ that may have taken their son’s life – a game that he and his friends had apparently been exploring on the Internet.

Since that day, I have not been able to stop thinking about young Gaurang and what may have been going through his 13-year-old mind when he prepared to string himself up from the fan to see whether cutting off oxygen supply to the brain for a few minutes really did create the high that the internet site had promised. I have not been able to take my mind away from this tragedy perhaps because I have a 14-year-old son myself… . Perhaps because, like Gaurang’s parents no doubt did, I try my best to protect my son from the dark corners of cyber-space while worrying constantly that in spite of my best efforts to control his internet access, in spite of his relative intelligence, in spite of my trust in him, a scabby hand will nevertheless shoot out of a dark corner one of these days, and grab him.

Gaurang’s parents found out about the choking game after his death, from his friends and acquaintances. What a pity that these young people only decided to tell after it was too late – but then, I for one, have long given up using the terms “teenagers” and “anticipating consequences” in the same breath… . But what about the adults who are paid to think things through, to have their ears to the ground, to not only be there for our children when they need specialised help, but to anticipate dangers and warn about them, no matter how far-fetched they may seem – Where were the counsellors? a friend asked, angrily. If the kids knew about this horrible trend, why didn’t the counsellors? Aren’t they supposed to be on the same page as the kids, if not one step ahead? Indeed, counsellors, teachers, where were we?

It is definitely encouraging that so many schools actually have counsellors on their staff these days and that the counsellors’ orbit is no longer only around the so-called problem kids; it is however, probably deeply frustrating for the boys that so many of the counsellors are women, and that too, women who seem to view counselling as an extension of mothering – or should I call it Mother Hen-ing?

After interacting with counsellors in various schools, I get the impression that the counsellor’s role is often seen as largely passive – we wait, we say we “are there for them”, we say “Beta, come and talk to me if you have a problem.” But for some time now, I have been wondering whether this is enough. Gaurang’s death has convinced me that it is not. Today, more than ever before, our children need us to doff our Uncle and Aunty hats and wear combat fatigues. Our children need us to be guerrillas. Yes, guerrillas. And no, I don’t think I am over-stating the case. 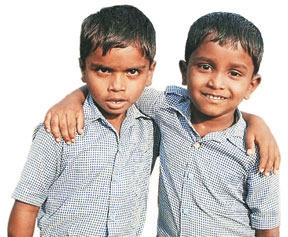 We are at war to keep our children’s minds and bodies whole and healthy. If you don’t believe me, just google in keywords to your worst nightmare and you will, I am sure, find half-a-dozen sites that will help you live it. It’s as simple as that. Drug use sites (with details on how to use and where to get), suicide sites, pornography which almost makes one long for the good old days of Playboy and Debonair, hate sites, revenge sites, self-mutilation sites, gun use and gun supplies, insult-generating sites (sexist, homophobic, racist, communal – take your choice), how to get high using household supplies, how to maim and torture by practising on animals… this is what we are up against and we cannot fight this enemy by denial. We have to look it in the face and recognise it for what it is. Our much-vaunted and flaunted “age-old Indian family values and traditions” are no longer protection enough. And if we are to be effective guerrillas, we have to get onto the same page as our young people. If the children we seek to protect are to take us seriously, we need to take them seriously. We need to move out of our comfort zones and meet them in theirs – which is not to say that we need to espouse their tastes and causes wholesale – but we do need to be familiar enough with their issues to engage with them if required; we need to listen – really listen, words and all – to their music and search it for the relevance that they seem to find in it; we need to find out more about their games and visit their sites and yes, even eavesdrop (but not butt in) on conversations and read their books and magazines; we need to listen (without indulgent smiles) to their serious opinions seriously, rather than constantly make them listen to ours; and most of all, we need to think about it all, with genuinely open minds, and rearrange the furniture in our own heads. This is what we need to do, as parents, teachers and counsellors, this is how we may stop the lights from going out in our teenagers’ lives, and yet we continue to blunder along with blindfolds on, hoping that love will show us the way.

Coming back to the Dadar tragedy, a simple cruise through chat-rooms on adolescent issues, a simple Google search, brought up the dangerous choking game – temporary oxygen deprivation to the brain which is supposed to produce a kind of euphoria – in conversation after conversation, site after site. It isn’t really new at all. Deaths of school children have occurred in the US on more than one occasion, and schools there have been warning their students, setting up help-lines and support groups to deal with peer-pressure on this issue. Would it really have required extraordinary prescience on our part to anticipate this grisly fad in our schools too and not only warn, but educate and if need be, scare the hell out of children like Gaurang and his friends in order to save them? No, but for that to have happened, we needed to be out there, patrolling cyberspace, being guerrillas, protecting our children and particularly our boys.

Yes, particularly our boys. I worry about my son and other young teenage boys more than I worry about young teenage girls. There are enough people there looking out for girls – warning them about binge eating and anorexia, incest and date rape, about image issues, drugs, drinking and teen pregnancy; there are magazines to tell them how to dress and do their hair, how to make the best of what they have, how to boost their self-esteem, how to behave with boys… The metamorphosis of the school girl into a confident young woman is an entire (multi-crore) industry. But the young teenage boys, the ones who are no longer yesterday’s children and not yet tomorrow’s men, the ones sprawled all over the Web like sticky-fingered little spiders, willing to take a nibble of anything new and promising? Where are the counselling sites/centres especially for them? Where are the youth magazines/sites that deal with the real issues that concern young teenage boys – not just General Knowledge facts and how to get into IIT? Where do they get information about sports and girls and clothes and dealing with parents and making choices and looking after themselves? Are these boys doomed to learning about masculinity from magazines meant for adults and porn sites on the Internet? Who is talking to our boys in their own language (not uncle-aunty talk) about early adolescence – replete with its own particular insecurities, its sexual confusion, its rage and doubt, its moments of pure crystalline happiness, its recurring nightmare of humiliation and its desperate desire to fit in? Do these boys even figure on anyone’s agenda?

Only those of us who have been in extended relationships with teenage boys, whether as parents, teachers or care-givers, can vouch for the heart-stoppingly frail emotions, the almost unreal vulnerability, the gullibility bordering on stupidity that lies underneath the pre-fabricated shell (one size fits all) that society dumps on young male shoulders somewhere along the path from childhood to adulthood. Boisterous, rude, physical, energetic, moody, loud, irresponsible, irrepressible, impossible – these are the words that spring to mind when we talk about them. We expect our teenage boys to be this way, and paradoxically, we also expect them to suppress all these traits and be “good” boys in order to gain our approval. We indirectly glorify traditional male characteristics like aggression and physical strength and then punish their frank expression. We talk about channelling their energies positively but do not allow them to plough their own furrows. How narrow is the transition zone between childhood and manhood! One day, a little boy can come running for a hug and comfort, and the next, it seems, he is expected to fill a huge Man-shaped hole, the word DENIAL scrawled all over it, in a bitter parody of the game he may have once played, trying on his father’s shoes and coat. But whereas the price paid in childhood was merely good-humoured laughter, the price the young teenage boy has to pay for a bad fit is almost unbearable – disapproval from parents (When are you going to grow up? Stop behaving like a baby! Our family depends on you, son!), or humiliation (whether real or imagined) by his peers and seniors in school (Loser! Wannabe!) and most deadly of all, rejection by girls. In his moment of doubt and confusion, which adult can the teenage boy turn readily to? The well-meaning aunty-counsellor who will no doubt urge him to resist peer pressure, tell him to count his strong points, while suggesting that he bring up the issue in Circle Time? The parents who must not be angered, disappointed, let down or hurt? Nuclear families no longer have that contingent of young male adult relatives who played such a vital role in socialising the boys of an earlier generation. Only the Internet is always there, offering solutions without judgement, offering options without stinting – anytime, anyhow, to anyone.

With no age-appropriate role models to lean on, constantly bombarded with media images of sexually attractive (and active), rich, seemingly popular, musically or athletically gifted adult men, what then is a hesitant 13-year-old boy to do except to take what the Internet may offer and try, in his own faltering way, to prove to himself and to others that he can do ‘man-shaped’ things too, that he can be Superman for a day? But Superman, the 13-year-old, like young Gaurang, discovers only too often, can’t really fly. And when he falls, he doesn’t bounce. He breaks.

The author has been a teacher and is currently working with the Centre for Learning Resources in Pune. She can be reached at [email protected].