America and in fact much of the world, these days, loves to talk about recession. Every day of this depressing year, old stories of new victims enter our consciousness where recession is making its bed in our memory to be recalled decades later when it revisits us. As an economic phenomenon,
its dimensions are multiple and infinite defying a definite beginning and end. In purely technical terms, recession has been distinguished from depression, and various factors attributed to the economic decline. The eight-year long Bush (p)Residency in the White House is in public perception, the dire beginning of this saga where caught between consumption and thrift, Americans are waiting for Obama eggs to hatch.

But Americans are not the only ones affected in this story. If you happen to live in California like me, you’d hear tales of a shrinking Silicon Valley churning its ‘curry’ software engineers like heroes returned from a war to a place where there is no one to fight. A number of my friends were laid off in the last year retrenchment drive launched by almost all the big companies. A unique predicament emerged from this situation.

Shaken out of their suburban shells, they dreaded not being able to find employment anywhere in these unforgiving times. Without a green card, their tenuous visa status had them resigned to be homeward bound. Meanwhile, my being in school became an object of envy. I couldn’t be laid off – never mind that I am to continue in a state of steady poverty for the next 5 years at least. In numerous counselling conversations with a close, laid-off friend, he confessed that he longed to go back to India. That he missed friends, family, food, and the warmth that India has to offer. That he had had enough of America. 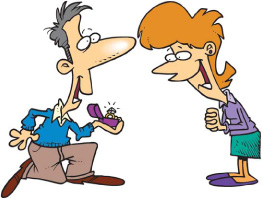 Suddenly living in India became more imaginable and desirable. The routine American conveniences of a dish-washer, orderly traffic, and blonde bureaucracy no longer baited their mobile selves. Even though there was resignation and despair in this sentiment, there seemed to be a real yearning to just return. To recede in this recession to the familiar comforts of a place bursting at its seams. To disappear into an anonymous crowd of a billion-plus. Recession is perhaps a step-offspring of terrorism. There is the unnerving uncertainty, the need to reunite with your own kind, and the realisation that home is often always just one. But then things turn around. Having found another job, my friend is relieved that he’ll be able to continue to support his family, a supreme consideration any day.

While most of my opinions are food for spoof, I feel rather disconcerted by the pressing need to secure a permanent spot in this country. As citizens of the ‘third world’ I wonder what we have been reduced to in our fetishism of the green card. I’ve been asked the question over and over, “Will I stay, or go back?” (and sometimes just plainly told that I will). My response has varied from a non-committal raising of the brows to an ironic “of course” followed by, “as soon as I can marry a willing American lady”. Regardless of the practical considerations, it’s the recession that will write the script and decide our parts in a long immigration saga, among other things. In the meantime, I better go and check the matrimonial section of the classifieds. But wait, there is none… after all, this is America!