Today everyone is convinced of the importance of schooling and everyone wants the best education for their children. Yet there is some confusion about what constitutes the best or right kind of education. This confusion is compounded by the three streams of educational practice in our country:

Given these options, how does one decide which is the best option for a child?

Clearly, if can we differentiate between these streams and move beyond labels to a better understanding of what these streams mean on the basis of their aims, processes and practices, it would enable us to make an informed choice regarding our child’s education. 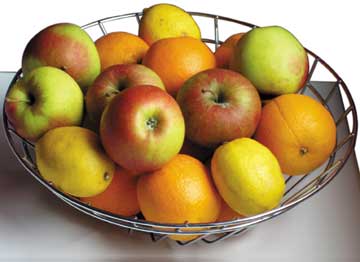 The formal system, which includes most of the private schools and the government schools, makes a clear statement of intent: (1) it produces “informed” persons; (2) you “fit in” or be “left out”; and (3) it rewards those who learn to play the game according to set rules.

The formal system’s strict admission policy, fixed timings within which the predetermined curriculum must be completed form the basis on which it is decided who is to pass or fail, are all meant to convey the importance of fitting in and measuring up within that framework. This is why the curriculum is pre-determined and there is no flexibility in the pace or methods. It is important to convey to each person that success depends upon how well the person fits in and by the contribution the person makes to the progress of the system.

The emphasis on academics and the capacity to learn information as the criteria of selection is not arbitrary. It ensures that most of the entrants will be streamed out as “less able”, rather than be recognised as “differently abled”. This is done in a manner that appears fair even to those who are streamed out, thus preparing them for their place in the socio-economic pyramid, which has less and less space the higher up one goes. This selection-rejection game is necessary for the unquestioning acceptance of the system.

In other words, a graduate of the formal system is helped to acquire skills appropriate for success in the system. This is inevitable, considering that the formal system is a part of the mainstream socio-economic system. Hence it must work in a manner that is consonant with the over-arching socio-economic framework. Its task therefore is to produce citizens who believe in the system, support it and contribute to its well-being and progress. One of its major tasks is to equip the child to function effectively in the system.

The formal system in its elite institutions even teaches critical thinking, confident that its process of socialisation is so successful that even the teaching of critical thinking cannot pose a serious threat to it. And, indeed, when one hears the brightest students of our elite institutes saying, “It is impossible to fight the system; we must use our critical faculties to root out deficiencies and improve the system,” we know that the system has done its work well. It has effectively disarmed all its possible critics. They have been won over and are using their critical faculties to improve the system, that is, to strengthen it. Critical thinking, if any, is within the framework and does not question the framework itself. 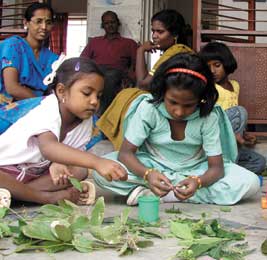 Though well-intentioned, these non-formal initiatives fail to see the futility of this kind of intervention. If one task of the mainstream education system is to stream out some people while selecting some others, then how can that same system also equip all people to share the rewards? So even if the non-formal centres prepare one particular group to compete favorably with others, there will be some others who will be excluded. When a system is based upon excluding a large number of people, its rewards are, by definition, limited to a few. People who are really concerned about the low pass percentages in schools and colleges and about social justice in general, need to recognise that given the way society is structured, things cannot be otherwise.

Alternative educationists do not subscribe to the goals and aspirations of the formal, mainstream (education) system because they oppose (among other things) any system that is not so constituted that it does not recognise the intrinsic worth of every person and which must exclude some people. Alternative educationists believe that when a race is heading away from the desired direction, one does not run along, trying to argue with the contestants about the direction, rather, one refuses to run and walks away in the direction of one’s choice.

Importance is given to creating learners, rather than informed persons. To foster and nurture this characteristic great emphasis is placed upon joyful and meaningful learning. For it is only the person who finds her/his answers who will become a self-motivated, life-long learner. This is the reason that alternative education centres make space for each person to explore his or her questions and interests rather than impose an inflexible curriculum. Like the non-formal education centres, alternative education centres adopt activity-based teaching, learner-friendly methods to encourage independent learning.

Alternative educationists value the intrinsic aim of education, which is self-realisation, over extrinsic goals. That is the reason they think that an important task of education is to facilitate the student’s discovery of his/her own strengths, weaknesses, values, priorities and direction in life. So the curriculum is flexible or negotiable. It takes into consideration the interest and pace of every individual to convey to that particular individual that he/she matters. Alternative educationists believe that striving for intrinsic ends will also help realise the extrinsic ends while aiming for extrinsic ends alone may result in achieving neither.

Alternative educationists recognise that their responsibility is to widen interest and enhance skills to help each student meet the challenges of life, but this evolves in the interaction between the individual student, the teacher, and the subjects studied. It is not non-negotiable. It is for this reason that all alternative schools are by choice small. If each student is a unit who is to be uniquely treated, with due understanding and flexibility, then the number of students that a teacher can ably and responsibly handle will be limited.

Alternative education is not about “fitting in” or “leaving out” but about the freedom to be unique and about the acceptance of the uniqueness of others. It is not only for those who do not “fit in” to the mainstream but a system which makes the question of fitting in superfluous. It does not evaluate people by any one criterion (which is the reason there are no exams or grades). For its aim is not evaluate and select but to accept each as different, unique and equal. It is about creativity in negotiating spaces for each and every individual. 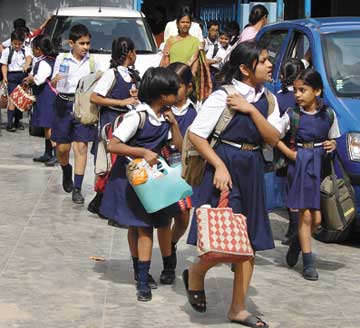 Some alternative education centres go further and refuse to be informed by the larger socio-economic framework; instead they attempt to transform it by creating spaces where it is possible to live differently as individuals who will accept nothing but a just, classless society. Alternative education centres seek to discover and teach how to live a personally meaningful, socially responsible and an ecologically viable/sustainable life, rather than fit into an existing system uncritically.

Hopefully this explanation does make clear the different options available. And on the basis of this, perhaps, one can make an informed choice according to one’s values and aspirations for one’s children.

The author is founder Centre for Learning, which aims to offer alternative education to all children. She can be reached at [email protected].