I have failed to understand how in a span of 35 minutes of interaction, one can be a good teacher: a teacher who is supposed not only to teach but to perform multiple roles of a friend, philosopher, guide and caretaker. The B. Ed. teacher training is a course that aims at producing good and competent teachers – an aim that appears very superficial, now more than ever, because the goal is larger and more important than just producing good and competent teachers. One year of hard work and a 35 minute lesson each time…! I relate my own experience: 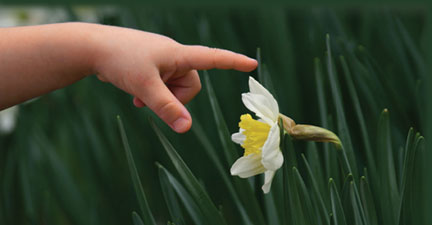 Poonam was a quiet, dark-skinned girl with an unpretentious smile, and rather small for her age. I met her during a practice teaching session I was required to conduct as a student of B.Ed. At that time Poonam was in standard five. I was taking an English grammar class and the lesson that day was on verbs. I was very happy with the way my teaching session was progressing for I had devised an innovative method to teach the children verbs. The students were having fun and more importantly they were connecting with me. It had been a satisfying session.

As I was leaving, someone spoke from behind, “Teacher, can I have your autograph?” I turned around to find a girl from the class I had just left. I was thrilled to see her hold out a pen and a book. I felt like a celebrity. As I was writing a message for the child I asked her name. “Poonam Jadeja”, she said with that innocent smile on her face. “Are you Punjabi?” I asked instinctively. “Mujhe nahi pata… mein pehle Punjabi thi,” replied Poonam. “What do you mean child? Your surname sounds Punjabi,” I said. “Nahi… mein pehle Punjabi thi. Abhi pata nahi kyun ki mein ab mummy ke saath rehti hoon.” I was dumbstruck.

What was Poonam getting at? I didn’t have the courage to ask her anything further. “Mere mummy-papa alag alag rehte hai… unka divorce hua hai,” she said without any reluctance, perhaps not even knowing what divorce meant at that age. I was crestfallen, my heart broke for that child… but I had another class to take and had to rush. I gave her my autograph with a nice soulful message… this was all I could give her as a teacher!

The image of a young Poonam has remained with me ever since. The two-minute conversation with her had left me feeling that she needed to understand her identity beyond her mother and father. At such a young age, forced to grow up sooner than kids her age, Poonam was facing an identity crisis. She confused her identity as a Punjabi with her parents being together. She believed that only if they were together as a family she was a Punjabi but now that the family was broken up she wasn’t so sure anymore.

This is one type of crisis that is faced by individuals. According to Erickson’s theory of psycho-social development, when there is Identity vs. Role confusion, a person fails to understand his or her identity and confuses his/her roles due to the inability to resolve the crisis. This is just one form, though, and identity crisis and the resulting role confusion can come in many forms. It can be personal or vocational role confusion, or confusion regarding sexual identity and orientation. This last is due to a lack of knowledge about one’s body and this can actually be resolved through sex education, the need and role of which we in India have yet to realise.

Over the years I have progressed from being a teacher to a teacher educator, and Poonam must be around 16 years old now. I don’t know if I can trace her. I hope her crisis has been resolved… but I will always regret not being able to spend another five minutes with her which could perhaps have helped her find an answer to her identity crisis.

The author is a teacher trainer at Rizvi College of Education, Mumbai. She can be reached at [email protected].