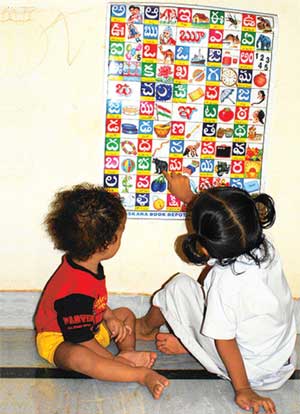 Thangam is in Upper Kindergarten (UKG) this academic year. Her medium of instruction is English and as a second language she learns Hindi. She moves into the first class next June and from there on she will be taught an additional language. Most parents this reporter has spoken to ask in unison the big question why and toward what end. As it is she starts to learn other subjects in class one and to an already loaded bag of woes should we add another? That extra period, they feel, can be better utilized. The mentality of the toad in the well is questioned as the outlook in terms of language learning is very region (India) based and not global. Some parents point to the example set by Kerala, our most literate state. Kerala has introduced sports as a subject in the curriculum to fulfill the need of the growing child; the need of nourishment for the body and mind. To arm the child with the necessary tools for survival both professionally and individually is the sole aim parents take into count. How will the third language add or diminish his/her ability is the moot point.

One theory of learning suggests that the pupil should learn his mother tongue first or learn his lessons in his native tongue. Some scholars refute this. The argument made is, where in a country like India do we find a teacher (in every school) to impart lessons in that certain tongue, to find at least ten who want to learn in that same language as is the norm? Impractical to say the least. So how do we deal with this issue of language and learning? Of the need or the futility of learning three languages at one go? Of using language as a window to opportunity rather than a barrier? What would be the most sensible – or pragmatic – course of action?

We spoke to a sprinkling of academics and educationists on this issue. Presented here are their views and observations:

“THE three-language formula was first proposed at the Chief Ministers’ conference in 1961. In most states, only two languages are taught.

It is sufficient for children to learn English and the mother tongue, or any other suitable language, especially those who live in states where the mother tongue is not available in schools. Definitely, an impracticable system should not be implemented. 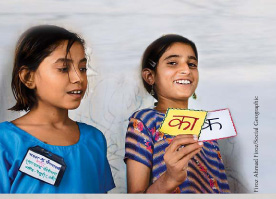 The learning burden on children is too great with three languages and leads to confusion in the use of languages. Two languages are the norm in many countries. So, two languages must be learnt.

English and Hindi are designated as official languages in the Constitution; they are meant for specific purposes, for use in specific contexts. Progress in modern times is directly related to knowledge of English. Crucially, only English can bring the weaker sections of the country into the mainstream.

The highly literary Hindi taught in schools is of little use in everyday life. Hindustani, so strongly advocated by Mahatma Gandhi, is more common on the streets. The spread of Hindi is happening primarily through the Hindi film industry and a little due to television. This too however is restricted to some urban areas in the non-Hindi speaking regions. For the rest of the country, Hindi has no relevance.”

Facing up to the challenge

“THIS is a complicated issue in schools. We are a country with many well developed regional languages. Central Educational Boards such as CBSE and CISCE have drafted this three language formula with a view to encourage mother tongue, other languages of India and a foreign language to make sure that Indians make a mark globally and to a great extent Indians have made their mark with an additional language. It is heartening to note that World Curriculum Boards, such as IBO, insist that the schools makes their plan to encourage the mother tongue of the students.

In middle schools 3 to 4 years of an extra language (to a large extent functional) will greatly help the students appreciate languages and also help them to learn a new language when required, without any inhibition.

At our school in addition to English, Hindi and Telugu, we have other languages too namely Sanskrit, French and German. Therefore children are exposed to a Third language for a period of 4 years (Grade 5 to Grade 8). NRI students coming back to India get a chance to learn an extra language at this level. Eg. A student coming from USA, without studying any Indian Language, at this level (Grades 5-8), is required to study an Indian language (Hindi, Telugu…..) apart from their other two languages say, English, French or Spanish. This is working fairly well here, but we do have concerns in motivating the students to learn an extra language. This is a challenge, which we have accepted and are working continuously on.

We therefore advocate an extra language at the middle school level. Schools need to solve their own problems arising out of this, such as additional faculty, financial burden, etc.”

A binding language is best 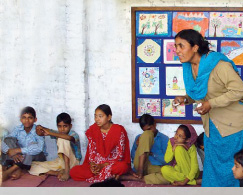 “The three language system is a practical one. The need of the hour is a language that unites and not divides and spoken without the restrictions of region, caste or creed. Preference should be given to the mother tongue; but what about those children who relocate to the other parts of India? English is spoken only by 3% of the Indian populace but at the global scenario it is a must. I’m from Bihar and we have five languages spoken and Mithali used widely. Hindi is not the mother tongue of any state in India. In South India all four states have a mother tongue while in the North, Sanskrit is logged in as their preferred language. The north eastern states have embraced English and very little precedence given for the native tongue. My suggestion to erase the north south divide is to adopt Hindi in the south and any one of the southern languages be adopted in the north as three of the four tongues spoken have a Sanskrit base. The ethos of unity in diversity can be adhered to by following this method. The child at five is ready to receive the three languages easily. My grand daughter speaks Hindi, Telugu, English and Mithali and she is just four. Every state has a favourite spoken language and a few dialects in tow, in order to get some compromise language as the third one, I admit, is a Herculean task. It is imperative in order to save the delicate bonding of this great nation that a binding language is agreed upon not for political or regional gain but for the first and basic want of preservation.” 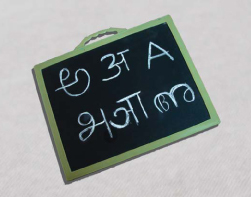 “NOW there are approximately six lakh Asian engineers out of jobs around the world. The reason why this has happened is the competency levels as far as skill sets go and which the companies are looking out for, is missing in these job aspirants. Degrees do not get you through, one should be equipped with excellent communication and that does not mean knowing many languages but verbal efficacy in order to impress the interviewer.”

The debate on which language and when goes on, guided often not by the interests of the child and the wisdom gained through research on cognition and development, but by politics and expediency. While both teachers and school administrators struggle with practical constraints like time tables and teaching materials, not to mention teaching capacity, the child continues to muddle along, his or her education impeded by a poor facility with language.

The author is a freelance writer based in Hyderabad. He can be reached at [email protected].