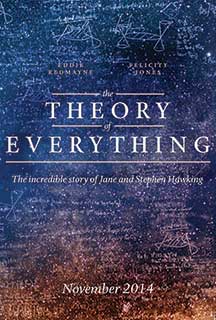 The Theory of Everything is the exceptional story of the renowned astrophysicist and a living legend, Stephen Hawking who falls in love with fellow Cambridge student, Jane Wilde. The film is based on the non-fiction book Travelling to Infinity: My Life with Stephen written by Jane Wilde.

The book on which the film is based is a compilation of Stephen Hawking’s various lectures through which the great scientist explains complex scientific theories in an easy and lucid manner. He tells us briefly the history of ideas about the universe from Aristotle, Augustine, Newton, Einstein, Hubble, and Feynman. He then explains the Big Bang, black holes, and space-time and how all of these fall into a unified theory of everything and also explains the consequences if such a theory were to be found.

James Marsh, the 2008 academy award winning film maker (Man on Wire) takes us through the lives of the legendary scientist and his wife as they struggle through the motor neuron disease for over 50 years and not only manage to survive but thrive. The disease which granted the scientist only two more years to live could have put his ambitions to rest, but instead with the help of his wife, Jane, he rose to the challenge with an unforeseen tenacity and stubbornness to become what he is today through a struggle of 50 years.

The film is beautifully crafted with a good soundtrack and good cinematography but it misses out on creating something original and unconventional as it charts into an already known territory of biopics and Oscar-material movies. It is indeed, a good movie that skims the surface of every important event in Stephen Hawking’s life but never really tries to dig too much into any single aspect.

So then, one may ask what it is about this film that makes it different from any other movie in the long biopic list. Eddie Redmayne is the answer. He portrays Stephen Hawking and embodies the character in such a way that after a while, it escapes your mind that you’re watching a movie. The performance is in fact so riveting that it gives you an almost first person view on the scientist’s life as he journeys from his Cambridge days to the present time. The way he sits in his chair, with his head leaned to one side and looks at the world through his ever bright eyes and active imagination, it is impossible not to be profoundly inspired by him. Even, Jane Wilde played by Felicity Jones shines on beside Eddie’s unforgettable act and has tremendous screen presence. Her love for Stephen through all the tough years is what kept her going and this movie shows Jane’s life much more vividly than ever before. This is a fact that makes this movie a fair bit about Jane as well and an ode to her life.

Eddie Redmayne’s physical and mental embodiment of Stephen Hawking can very well be used as a teaching lesson in film schools in the coming years and it is only because of the finest performances by the two leading actors that this movie soars from another clichéd biopic to become a masterpiece. The ending is one of my most favourite moments in any movie recently and will surely cause tears to well up in your eyes if you can reflect on the simplicity of it in the light of his incredibly difficult life.

The author is a fourth semester student of Bachelor of Media Science at iLEAD, Kolkata. He may be reached at [email protected].

An addendum to the review 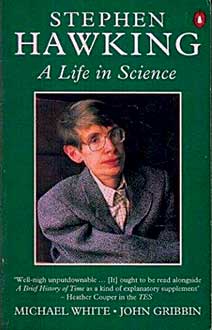 Stephen Hawking shot into fame in the late Seventies and early Eighties. The media made him a superstar of the scientific world. For the common man, his name was synonymous with black holes. However, there is rather little in the film to arouse the uninitiated viewer’s curiosity about black holes or about the cosmology of Stephen Hawking. The narrative of the film is almost entirely from Jane’s point of view – the great woman behind a great man.

If anybody gets interested in Hawking’s cosmology and how he demolished his own theories and kept developing his ideas of creation, how he integrated general relativity with thermodynamics against his wish and eventually with quantum mechanics, he/she may look for a book called “STEPHEN HAWKING: A Life in Science”, written by Michael White and John Gribbin and published by Penguin in 1992. The book is written in 16 chapters. The odd chapters narrate Hawking’s life – from his childhood to his stardom, through his illness, marriage, scientific achievements, coping with disability and taking up challenges of the intellect. The even chapters explain his science beginning from Newtonian cosmology and ending with the big question about the theory of everything. The book explains in a lucid manner the ideas of space time continuum, about singularities in the fabric of space time, about the expanding Universe and how observational astronomy and theoretical cosmology have been complementing each other. Many ideas discussed in the book can be brought into the classroom for discussion – the odd chapters in language and humanities class and the even chapters in the science class.

More than two decades before the movie The Theory of Everything, the book A Life in Science brought alive the workings of the greatest living minds of the day, trapped inside his failing body.