Long before we were attacked by the likes of Pokemon, Schulz cartooned Peanuts for entire families to enjoy. There was an idea of happiness which he illustrated through his Charlie Brown characters. Happiness was being able to reach the doorknob, happiness was a bag of jellybeans of all colours – except green(!), happiness was finding the piece of a jigsaw puzzle with the top of the sailboat and a little bit of the sky… happiness was a warm puppy.

In other words, happiness came at the end of struggling for achievement, from being able to search for and make choices, from concentration to detail and simply from being gentle with a creature in need of comfort and reassurance.

Now, happiness is delivered. Parents rush to open doors or even have sensor sliding doors, jellybeans come along sorted with nothing to discover, jigsaw puzzles have sound and music cues on the internet announcing correct answers and puppies can be abandoned for ever multiplying mall pleasures. 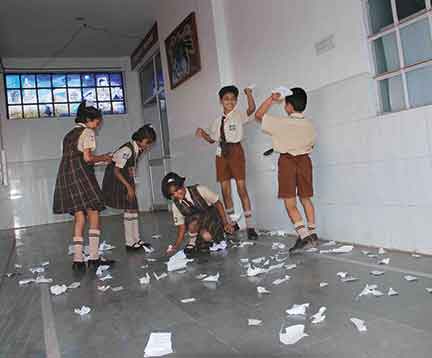 “Happiness,” announced an 18 year old student rather grandly, “is underrated.”

I am still bewildered at what that expression means, as I often am, by the idea that happiness is a gift that is supposed to simply land in one’s lap.

While a large number of gifts do land in the laps of those who are victims of the malaise called entitlement, few such gifts bring the kinds of happiness Schulz implied.

On her return from a holiday in Greece, a 15 year old student said her family “didn’t do much,” but they did visit the malls. Another student, also about 15, who had a short stay in Egypt said the only thing that was different between Egypt and India was that “they work on weekends.” For those of us who believe that education includes experiencing and imbibing cultures of a wider world, these responses are not amusing.

In my city, Mumbai, students who aspire to happiness in IB schools find themselves dazzled by whatever these glamorous and expensive institutions have to offer. A parent whom I know paid two years’ fees in one school, but when his daughter announced it wasn’t competitive enough for her, he forfeited the money and paid more than that to admit her into the school she wanted to be part of. “I don’t want her to be unhappy,” said the loving father.

“You don’t love me,” said a 15 year old daughter to her mother. “If you did, we would have holidays abroad. You don’t want me to be happy.” The mother had the common sense to handle this situation without apology or guilt by simply telling her child that she would speak to the Principal and find out whether foreign holidays were compulsory, but it did not change the child’s view that she was being done out of what was rightfully hers.

I have been in the teaching profession for 25 years and can draw on experiences for a lifetime. I remember the sound, sensible voices of parents in the past, and I think of the time when common sense was the common lingua franca of parents and teachers to allow children to mature, not to wallow in an extended babyhood.

At the boarding school where I taught, students were allowed a great deal of freedom (not license though!) in their general lifestyle. There were NRI students in the school whose parents wanted their children to be alert to the culture of their own land by experiencing the realities in it, not by watching the fanciful muddle-messaged cinema of Karan Johar and Aditya Chopra. Such parents, living in lands of plenty, chose consciously to school their children in our country – their own country – where quality education is a privilege.

This incident speaks for itself. 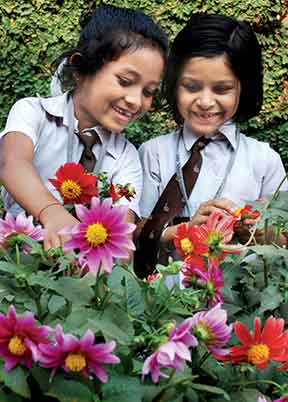 It was observed by a staff member that one of the NRI girls in standard 7 (age 13) was privileged enough to afford Nesquik in her morning milk. (At the time I am writing of, Nesquik, like many other foreign products, was part of the invisible line of demarcation between middle class haves and have nots). The staff member, my colleague, made a point of this at a staff meeting. She said that the student would never know who her real friends were as her classmates gathered around her for the things she had, not for the person she was. The student would never be happy, said my colleague, if this continued. The matter was taken up by the administration with the parents who immediately saw the school’s concern and from the next term, there was no Nesquik, nor any foreign clothing (the parents had obviously read more into the entire matter) or foreign stationery that their daughter brought to school. All that remained of her American possessions was her accent – and even that was something she tried to drop.

I think that this episode is an illustration of more than happiness, although it certainly achieved happiness for all concerned. In this, I see a sensitive and alert teacher, a responsive and responsible administration and receptive, intelligent parents determined not to stand out as “different” for material reasons. In other words, there was enough conviction in all the adults who behaved as sound, secure, and responsible adults should.

“If he isn’t ready for class, keep him outside it,” said a father of a boy in the same school and same class. His son was bright, but distracted, restless and often ill equipped (no books, homework not done) to keep up with the day’s lesson.

There was a time when students and parents understood the simple truth in this father’s words. So, in fact, did the students. Just as one could not travel on a train or bus or plane without a ticket, one could not attend a class without being totally equipped for it.

Such a step, for today’s administrators and parents stands in the way of happiness.

Administrators, who enjoy sponsored “fun” seminars that end with takeaway dinner vouchers, freebies and holiday tickets (just like a children’s happy birthday party) feel it is traumatic for a student to be sent out of class for such reasons as not being equipped for it. He must be given “another chance” (and another, and another…). Translated: Happiness means being able to come to school minus books and without doing homework. Happiness means being able to avoid deadlines and commitment. Happiness means untidy work and illegible handwriting. Extended: Happiness is being able to wear the incorrect uniform, stay absent without explanation and to be allowed to take family holidays with NRI relatives in the middle of the academic year.

Such schools have little or no active desire to alert their students to the fact that more than half our population has to struggle so hard to survive that they don’t even know what it is to be happy or unhappy. “I am still working out the logistics,” said a stressed administrator, when asked to organize an urgent drive for Uttarkhand. One wonders whether a moment is lost when planning a “happy” event.

This is all part of new age “understanding” or “ethos” in which the meaning of “child centric” equals indulgence and complete lack of demand (which is identified as “pressure”). Schools patronisingly refer to their atmosphere as one in which children should be allowed to “learn” in a “free” and “friendly environment,” and encourage students to think their school is “home.” And a home must be one in which happiness is unbounded.

As I see it, parents today have too much petulance about the deprivations of their own childhoods (which probably had a sense and system of checks and balances in them!). Administrators and teachers (who are often parents) do not see or wish to see that in pursuit of happiness for their children, they are over compensating for personal lost opportunities. What had not come their own way must now be grabbed with octopus arms and transplanted in the lives of their children, whether the children want, need, are interested or have any use for it. It must be a childhood of excess, and as parents try to make it their own second childhood, happiness must be a blitz, a tidal wave – a wanton, self-centred journey, smoothened at every corner with all that money and indulgence can buy …a happiness that is a torrent of appearances and external paraphernalia dulling an already phlegmatic, inert generation for whom the words ‘regard,’ ‘commitment’, ‘focus’, ‘identity’, ‘courage’, ‘endeavour’, and ‘originality’ are “all sound and fury, signifying nothing.”