I have always thought that a teacher routinely faces the Hamletian dilemma, “To be or not to be…” when it comes to confronting the dilemmas of teaching. Indeed, the very aims of education come under scrutiny when one is facing an increasingly unpredictable world. One can only imagine the conflicting thoughts in the mind of a teacher facing a classroom full of children, buzzing with questions about the society that no one has answers to. An educator I met recently, confessed the hopelessness she felt, when children at her school after watching the movie 2012, asked her, “are we going to die like that?” Setting aside the dramatics of the movie, the question remains if we are really educating children to face the world as it is changing? Globally, events are not showing a hopeful trend, yet teachers carry with them the most difficult task of preparing children for the future. In the words of Derek Hodson (2003),
“Now, for the first time in history, we are educating students for life in a world about which we know very little, except that it will be characterized by substantial and rapid change, and is likely to be more complex and uncertain than today’s world. For some, this is an exciting prospect; for others, it is profoundly disconcerting, even frightening.”

The question to ask is, what kind of education is relevant for this uncertain world? 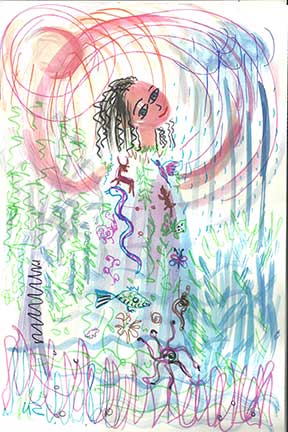 A world of uncertainties
India has entered 2016 bearing the scars of floods that ravaged areas in Tamil Nadu, extended droughts in other regions, and massive crop failures due to erratic weather patterns. Apart from the sorrow of losing one’s loved ones, people have had to suffer loss of property and face the enormous challenge of rebuilding their lives. Climate change and other human induced natural calamities are slowly becoming more frequent, and posing a serious challenge to stability of societies. Keeping these situations in mind, the ability to cope with unexpected phenomena is becoming a crucial survival tool. However, it is not enough to just be physically prepared for adversities. In the words of Buddhist philosopher Daisaku Ikeda, “We need to recognize the importance of fostering, on a day-to-day basis, the ‘social capital’ of interconnection and networks among people living in a locality. More than anything, the will and vitality of the people living in the community are key.” So, how do educators grapple with the implications? Well, perhaps the answer is simple yet profound – we teach for resilience.

A resilient future
Resilience, seen from an ecological perspective, refers to the ability of a system to resist damage and recover quickly in the face of unforeseen changes. As part of the ecosystem, we too need to build resilience into our way of life. This can only happen when we recognize the significant ways in which each action is interdependent, and thereby learn to respond accordingly. For example, students need to realize that the increasing number of floods in the recent past is not just a part of erratic climate but a consequence of decreasing resilience of the ecosystem to withstand the damage. In many coastal regions, mangroves play a crucial role in breaking the force of tides and are a crucial habitat for many marine species and so on. I use the word ‘realize’, instead of ‘know’ because the former has an element of agency, wherein the learner is able to contextualize the situation and act upon it. Knowledge about one’s immediate locality – the local topography, climate, access to resources, impact on the environment and so on – would be important to understand the issues faced. These need to be accompanied by necessary skills to engage with one’s surroundings, and imply making ‘vocational’ education a core part of the curriculum.

Using hands, heart, and mind
Vocational education is primarily seen as training for a particular skill-set that allows for employability in the labour market. Most students prefer going for further studies in general education rather than getting ‘trained’ for a particular skill despite the need for practical life-skills. While the irony can be partially explained through defunct vocational institutions and lack of teachers, I would argue that the problem lies in the way vocational education has been imagined by the policy makers and its history of being viewed as an ‘alternate occupation’ compared to mainstream education. 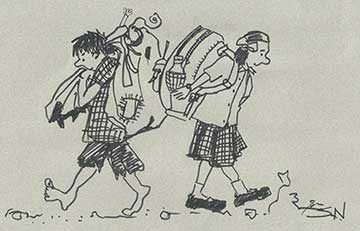 The mantra throughout the 1960s was ‘modernization’ that was to be brought about by faith in the wonders of science and technology. India, according to them, could not afford to stay content with the rustic village life and had to catch up with the ‘progress’ made by the western countries. This thought runs throughout the 1968 policy document on education. Hence, there was a tremendous push towards institutes of higher education especially that of industrial technology. This simultaneously resulted in suppressing Gandhi’s idea of Basic Education, which was built around his understanding of spatial community and family as the basic unit for sustenance and resilience. His vision of education thus was completely enmeshed in the learning of practical skills that would contribute to the local society. This idea would prove to be at loggerheads with the dream of ‘modern’ India that was poised to make its presence felt in the global market. Hence, the political patronage given to basic education was gradually reduced till the 68’ policy document on education made no mention of it all. This created an unbridgeable divide between skills perceived as manual labour and that of intellectual development, the latter being seen as more valued and important. In many ways it also led to alienation between what was taught at school and what the child’s social reality was because the aims of education continued to align themselves with the distant goal of modernization and national integration. Given the socio-cultural history of the country steeped in caste inequalities and abhorrence for manual labour, such official stance on the nature of education further added to the common perception.

However, this view needs a radical re-think in the light of necessities placed by emerging socio-ecological issues and concepts of ’embodied education’ that argue for the impossibility of learning with the required physical engagement. This would require innovative forms of apprenticeship teaching, where students do what the teacher does, be it farming, cooking, carpentry, and so on. Work-centred education is not about introduction of a couple of activities at the school level, it is about questioning what the state recognizes as valid, legitimate knowledge and what values are to be upheld by the society as a whole. Now is the time to revise these values as those of resilience, sustainability, equity, and harmony.

Working towards a better future
Author Rebecca Solnit offers an interesting take on the way people behave in the face of a disaster. She writes,
“Civil society often succeeds where institutions fail in the first minutes, hours and days. And often, people find in that newly visible, powerful civil society, a new sense of identity, belonging and possibility. Thus it is that disasters can be a little like revolutions, in the moment of rupture, where nothing is certain and everything is possible… And so one of the challenges disasters pose is, can we be those more altruistic, more free, more deeply connected people, those people who remember what matters and what does not, in ordinary times?”

In other words, while we stand at the threshold of an unknown world, we also have the potential to reach out, empathize and act for a collective cause of building societies anew. Now is the time to be facilitators of that change by reaching out to local communities and making it the area of learning and action. So, a resilient future in many ways is about empowering ourselves to create new possibilities and have the courage to trust our students in building a better tomorrow.

The author has a keen interest in issues pertaining to ecological resilience and the role of practice-based approaches in nurturing environmental values. She is currently pursuing a Ph.D at Homi Bhabha Centre for Science Education, TIFR and can be reached at [email protected].