Should I take the pink sari? Oh no, look at the price tag! Maybe the red… . But I have so many of them!”

Yes, that’s me, invariably confused and indecisive. But, surprisingly, the two most important decisions in my life – my marriage and my career – were made without any hesitation or persuasion from others. I knew that I wanted to be a teacher when I was in the fifth grade.

Teaching, for me, has been a fulfilling experience, not only because I can share the knowledge I have, but also because I’ve been learning through it all. Soon after I did my Masters in French, I began teaching at Alliance Francaise. It was a novel experience; I taught young college going students and adult professionals. I truly enjoyed the experience of teaching adults. They were interested and motivated because they had chosen to learn the language. 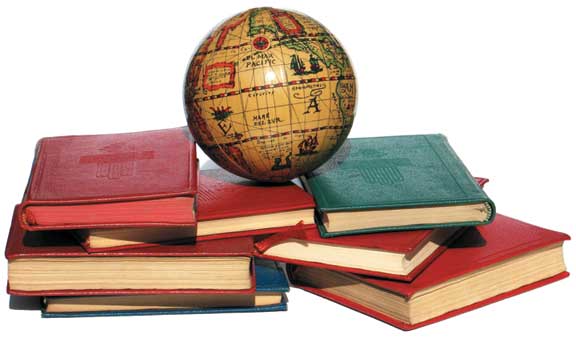 After a year of studying in Paris, I got married, and my husband and I moved to the United Arab Emirates. I wanted to continue teaching adults, but as there were few opportunities at the time, I worked in Indian schools offering the CBSE and ICSE programmes.

Although I began as an “accidental” school teacher, over a period of time I found the experience very rewarding. There used to be moments of frustration and resentment (“Why don’t these kids take French more seriously?”), but the “Thank You” cards at the end of each year made it all worth the while. Although I taught in an all-Indian school, the children were Indian “with a difference”. They were considered pampered and spoilt, unprepared for the “real world” (translated – would not be able to cope with meeting the unrealistic academic standards and demands on our children back home). For example, I would be approached ever so often by parents wanting their children to switch their second language from Hindi to French, the latter considered easy because there were no literary texts to be studied. “We are from the south so we don’t speak Hindi at home,” a remark that never ceased to amuse me and always prompted my standard response, “But you don’t speak French at home either!”

“Fresh off the boat” in the UAE, with my strong ties with India, I too was quite critical of our students and their so-called lack of motivation and drive vis-à-vis their counterparts in India. With time, as a teacher and a mother, I found that our children were not so different from children back in India. Yes, air-conditioned school buses picked them up practically from their doorstep, their classrooms too were air-conditioned, but I don’t think these “comforts” made them less tough or less capable of surviving in an increasingly competitive world. There were students who were more diligent and motivated, some less, just like in schools anywhere else in the world.

The majority of the graduating class chose to pursue their undergrad studies in the US, and this did make me cynical, that the children were moving away from their roots, their culture. But I later realised how wrong I was. The children, though far from the shores of India, did imbibe basic Indian values – they were respectful to their teachers and elders, and they were proud of their Indian culture. They eagerly looked forward to all festivals. Holi, of course, was unofficially celebrated in school. In March, the day I saw ink-stained shirts of students, and heard complaints about them becoming wild and undisciplined, I knew it was Holi. Entertainment for teachers on September 5 often included dances, by the students, to popular Bollywood songs. In fact, I thought that these children had to be commended for their efforts to stay in touch with their culture, something that children in India probably take for granted.

After 15 years in the UAE, we moved to Baku, capital of Azerbaijan, which used to be a republic in the Soviet Union. I took a year’s break and then started working as a substitute teacher at the International School. This was, for me, a true “culture shock”, and it took me a couple of weeks to adjust to this new environment. When I say “culture shock” I do not mean it in a negative way at all. In fact, the teaching experience here gave me a whole new perspective, made me more open-minded and less judgmental.

Being in a multi-cultural environment is as much of an educative and enriching experience for the students as it is for the teachers. Truth be told, in the beginning I was quite shocked and perturbed. Coming from schools where students stood up and wished the teacher when he/she entered or left the classroom, or when answering the teacher, it took me a while to get used to students not standing up either to wish me or to answer questions. My first reaction to all this was, “They are so disrespectful,” but as I got to know the students better, I realised that they did not mean to be impolite or discourteous. Standing up and greeting the teacher was not expected of the students.

As educators, our values and priorities are different. For example, we expect our students to sit in straight, aligned rows, but at the International school, students were sometimes allowed to sit on the floor, or in the corridor outside the classroom while doing their work. The seating arrangement did not matter, as long as the students completed the work assigned.

“Child-centered education”, which we learned about during our B.Ed course, I saw practised in many ways in this school system. Until my exposure to this educational system, I always believed in the Indian system – how much more children learn and know, vis-à-vis children in International school systems. This, I found, was not entirely true. The Indian system still focuses on rote learning and memorising information given in text books. There is little opportunity for a child to give his or her opinion or analyse and interpret information in his own manner. I recall a remark made by my son’s Social Studies teacher in his Grade 10 semester exam. The answers, in my opiniion, were appropriate and adequate, giving all the relevant facts and dates. But the teacher felt that his answers lacked his interpretation and analysis of the historical facts, and were therefore insufficient. The fact that a 14 year old student’s opinion was considered significant and important, I thought, was wonderful. Creativity, innovative and independent thinking, encouraged by the International school system, I think, is commendable.

My intention is certainly not to open a debate on “us vs. them”. These are just observations that I made as a teacher in different academic environments. I consider myself fortunate to have had the opportunity to interact with students and colleagues of varied backgrounds and cultures and to have worked in educational institutions having different approaches, different priorities and expectations from their students. It has made me more open-minded and accepting of different behaviour, values and priorities in life. I have seen the impact diverse cultures have on our thinking, and our personalities.

My experiences as a teacher have, in many ways, made me the person I am. From being judgmental and rigid in my views as to what students (and people in general) should or should not be, it has taught me to be more tolerant and understanding with regard to differences in their attitudes, opinions and outlooks.

Recently, I have been toying with the idea of a “change,” of doing a job other than teaching. But I have never given this serious consideration because I know that teaching is what I can do and like to do.

The author has been a teacher of French and is currently settled in the USA. She can be reached at [email protected].