In my last article, we ended with an educational cliff hanger: I had agreed to give our 75 teachers at Jiva Public School full control over their personal schedules on a Saturday, as opposed to having them follow a set timetable that was pre-decided by their respective coordinators. The question on the management’s mind was, “Would the teachers use their six hours wisely and efficiently (doing productive and creative work), or would they fall prey to the law of least resistance, using the time for copy checking and chatting?” 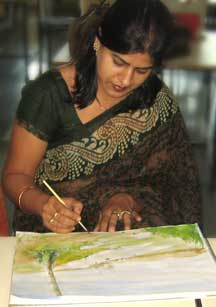 This experiment arose as a result of an idea that I had proposed a few weeks earlier – a new curricular approach that I dubbed Jivakul – which envisions a school where there are no fixed periods, but rather, where students are given a body of content and a set of skills to master, and where they work independently, according to their own schedules, accessing information and resources in their own unique ways.

After sharing the concept with my staff and receiving a warm though concerned response, one of the teachers recommended we try it first with the teachers, as it would help them get a taste of what this experience would be like before having to implement it with the children. It was proposed we do so on a fourth Saturday of the month when only teachers were in school and students were off. A date was quickly selected.

In preparation for the Teachers’ Jivakul Day, I thought a great deal about how we would go about it, especially taking into consideration the concern of my colleagues – that given so much freedom, teachers might wind up going off track. While I knew that granting freedom serves a noble purpose, I also realized that freedom without sufficient structure tends to lead towards chaos. 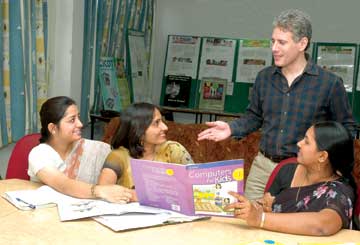 We therefore decided to create a set of content and structures – a broad menu of activities – that the teachers could draw upon while they created their personal schedules. These included lesson planning, visiting the computer lab to do research for their subjects, doing artwork to decorate the classrooms and hallways, attending video screenings on educational topics in the multimedia room, visiting the library to read educational books or to read for pleasure, and so on. Not to be labelled a scrooge, I even made a provision for copy checking – though with a stipulation that it could be done for no more than two of the six hours.

The fourth Saturday arrived, and I was extremely eager to see how our experiment would fare. But because I did not want the teachers to feel self-conscious, I avoided doing rounds early in the day. I figured I would give them a chance to get settled and find their feet. After all, where would the sense of freedom be if they felt they were being closely monitored?

By 11:30 am, my curiosity began to peak, and I decided I would take a look to see how things were going. I began a casual stroll through the hallways, unobtrusively peering into classrooms and staffrooms. However, I was caught by surprise by what I observed: nothing. Well, not exactly nothing, but certainly not the fireworks I had been anticipating. What I saw was teachers quietly working – reading, writing, and some low key conversations. The hallways were mostly empty, but as I encountered a few teachers in the stairwell, I inquired about what they were up to. Each answered plainly and clearly about where they were heading and what they were planning to do.

As I reached the library, I found a number of teachers reading – some books about pedagogy, others enjoying literature. In the computer lab a handful of teachers were working at terminals – one searching for additional content for her science class, another looking for Hindi resources on the net and another locating videos on Shakespeare’s plays that she could show in her English classes. 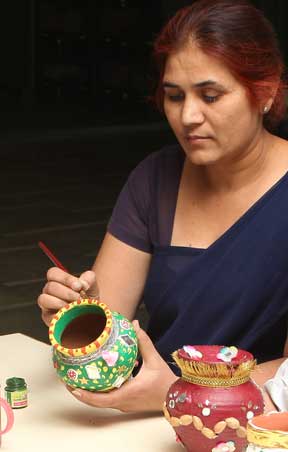 It took me a little while to realize that although there were no overt signs of dynamic work going on (perhaps I was expecting to see something more lively), that all of the teachers were deeply involved in work; fireworks were indeed exploding, however, not outside, but rather inside their heads.

This was confirmed at 1:30 pm when all of the teachers assembled in the library for a de-briefing. Before getting into an entire group discussion, I thought it would be better for them to interact in smaller groups for about 10 minutes, which would enable every teacher to express her feelings about her experience. I asked them to share with each other how they spent their day, what they liked about the Jivakul format, and what they didn’t like about it (or what they would have done differently).

When they were through, they conveyed their thoughts with the entire group. Here is what they had to say: They felt engaged, and became immersed in their work. For many of them, time flew. Some expressed having a strong sense of purpose throughout the day. A number indicated that their time was used efficiently and that they achieved a lot in the six hours – much more than they ever remember achieving. Many teachers also expressed how energized they felt, a significant difference from the drained out sensation they normally encountered on such days.

While there were no major complaints about the way their day was conducted, there was a broad consensus that there should be a wider range of options to choose from. They especially wanted the choices to include things such as music, Yoga and sports – some type of recreational activities.

On top of this, I was happy to learn from the coordinators that there was no evidence of teachers going off course or abusing the privilege of freedom by checking copies all day. While I was relieved to find out about this, it confirmed what I believed would (or rather in this case, would not) happen.

All in all, the experience was a very positive one. It was exciting, disruptive, and full of possibility. Most importantly, it instilled a sense of confidence in everyone – both teachers and the management – that it could be done, and that conducting a similar personalized learning day with the students could definitely work.

Since then, we have been busy using the experience to get things ready for Jivakul Day, where we will orchestrate a similar experience for children in classes 6 through 12. In my next article, I will be reporting on how we prepared for the big day, as well as what happened when 600 students spent an entire school day learning in their own independent ways. Stay tuned for more!