“If we had had a teacher like you in school, we would have perhaps acquired more confidence.” 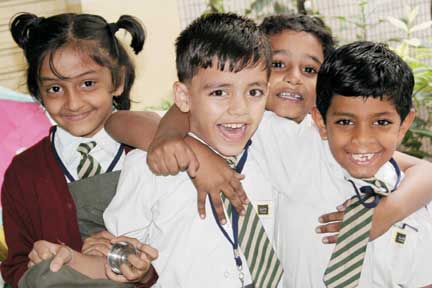 This is what a lot of young adults had to say at the end of a four month course in business communication and soft skills. This course was meant to instill the same kind of confidence in science graduates that engineering graduates projected. Many of the trainees were from places other than the metros, and their self-esteem, despite their innate intelligence, was very low. Their communication skills in English were poor and they struggled to utter coherent sentences. These students maintained a studied silence when they found that the trainees from the metros were not only fluent in English but were also very confident. They felt squashed, useless and almost wished they could disappear when called to give presentations. Some would rise, look at their fellow students, mumble and then make a beeline for the safety of their seats.

On the face of it, it was the lack of good English that made them feel that they were useless. But was it only the lack of language skills that made them feel so? I may be a bit harsh on myself and teachers in general when I say this, but most of us focus so much on “Knowledge” that we do very little for the individual. At this point, I felt it was important for me to try and do something that would address these low confidence levels.

When students made presentations in my class, the audience was always ready to give them feedback. However, I realised that most feedback focused on the negative. I asked the trainees to note the positives first, in the student and the presentation he or she made, and this helped the group look for what was good in the individual rather than what was wrong! This was the turning point for those who shied away from making presentations. When they were told that their body language was good, or that their factual presentation was good, their voice was good or that they had come well dressed for the presentation, it boosted their confidence. The group too started changing its attitude towards these speakers. They realised that there was something good about each presentation and that they only had to look for it!

At the end of the course, my students told me that this whole idea of looking for something positive in everything had totally changed their perspective because they discovered that critical appreciation did not necessarily mean criticism. This environment made the diffident trainees discover the positives about themselves. Once they started on this journey of self discovery, they became more confident. A trainee summed up his course at the end saying, “I know that my language skills still need to improve, but I am now more confident and this has helped me understand that I have the ability to learn.”

What was it in the learning process that propelled students towards greater heights? It was empathy – on the part of the trainer and on the part of the group. If we could inculcate empathy right from school, learning would become smoother because students wouldn’t fear either their classmates or their teacher. Students will trust their classmates to express a balanced opinion, and to point out mistakes in a way that wouldn’t make them feel bad. Isn’t this what we want our students to do when they join the workforce? Why not teach them empathy and kindness by being a model ourselves? By finding out what is wrong when a child doesn’t perform well instead of coming down strongly on her? 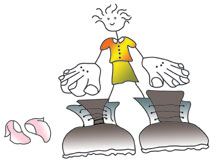 The objection normally raised by teachers to this is that the number of students in a class is too large for such skills to come into play. What we have to understand is that we are the driving force behind the empathy, and over time we gain the support of 50 other empathetic people, thereby making the process not so tough. In my experience, empathy makes students understand and appreciate one another; it also makes them more confident and thereby motivates them to learn enthusiastically.

A few years ago, on the last day of training senior management engineers, one of them came to me and said, “Thank you for answering our questions patiently.” When I told him that was what trainers were meant to do, he said, “You never became angry or made us feel stupid when we asked you what to you must have been the stupidest of questions. That is why we learned a lot.” When engineers between 30 and 35 can feel so deflated what about children in school? Are we responsible for frightening them out of their wits?

The next time you feel like telling your student, “How stupid!” or “Haven’t you studied the lesson?”, stop yourself, because you are snuffing out the spark in the child and you are responsible for the sniggers of the other children in the class. Empathise with your students not to just make them feel good about themselves but to help them improve themselves and their knowledge.