Beyond the chalk and board and book,
Let us take a closer look
At the road less travelled (the one we’ve taken)
In the name of education.

Not the first word, not the last,
Here we question what is past,
What’s ahead and what exists
What we see and what we miss.

“Why” and “how” and “if” and “whether”
Opinions and arguments all together –
And as experience is our greatest teacher –
Experience is what we here shall feature.

A senior teacher who, on principle, never took tuition classes for students she taught in her school was faced with a 9th std class of which 25 of the 60 simply refused to perform.

After laborious hours of addressing students collectively and individually, of discussing work and corrections with students and then with parents for long hours after school, the teacher decided to take the matter up with the Principal.

The teacher said that because of 25 non-functioning students, bright and hardworking students who deserved better were frustrated and the overall standard of the lessons was being compromised. It would not be possible to continuously give school time to the 25 pupils and just 4 rigorous classes of simply doing corrections (that the 25 refused to do) was required. The teacher said she would not like to teach all 25 of the students herself in these special classes – in fact, they saw enough of her anyway – so in the interest of the school, other English teachers could pitch in and the classes could be paid for by the parents as an after school activity, and held on the school premises. If there was no one else to deal with the concerned students, then unfortunately, the teacher would have to take them on herself, but her time would need to be parent-paid for as well. 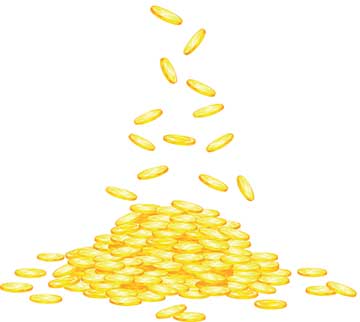 All went beamingly and noddingly well with the Principal till the teacher mentioned the “paid for” part. That was when the Principal arose from her somnolent state and said, “Yes, but ____ (name of teacher) don’t rip the students off.” Insulted and completely astounded at the implication of this, the teacher made up her mind to quit at the end of the academic year, but the Principal made sure she left before then.

Of course, the teacher had options. She could have chosen to ignore the matter entirely, grown a thick hide and carried on with a 40 percent non-performing class, imagining her commitment ended at the sound of the school bell each day. Or she could have martyred herself in the nobility of her cause. Ridiculously enough, in teaching circles even today, there are those who believe men and women of “good breeding” do not discuss “petty” matters of money. In this case, depending on who tells the story, the ill bred, petty minded teacher was turned out (or walked out) of her job.

For the longest time, Indian society has not accepted that being a teacher can in any way be linked with money. Teachers are supposed to rise above the mediocre and mercenary ways of the world and languish in romantic style, living off the crumbs of gratitude that come their way, waiting for posthumous fame. If a teacher looks beyond, she/he is accused of being “ambitious;” if another school approaches her/him, that school is being “underhand”, and woe betide the teacher who takes off her/his badge of “loyalty” for a better offer – that is the “most unkindest cut of all.” Cash is worse than the other four letter word, and only the crass ask for it. That means, in short, everyone in the big, bad world – for which teachers ironically, must prepare their students.

Now comes the next part. What are the opportunity costs of teaching? Is the teacher married, single, widowed, divorced, with or without children? Would she/he like to save for her/his children’s education or to visit the pyramids? Would she/he like to dine Five Star every weekend? And, especially in the case of a woman, is there a comfortable inheritance or a corporate high flying spouse or partner?

So let’s get real and let’s talk money in terms of living in a metropolitan city in India in 2015. Let’s talk money without coyness or constipation and understand that money is not only about need and greed. Money empowers choices, (whether practical or impractical is not the business of anyone else), and at the end of the day, one knows how much one’s work and worth is valued.

Money must talk and teachers must talk about money with ease, just like any other professional in any other work space.