Once in a while, it helps to step out of our classrooms and reflect on the broader educational scene in our country. I am surprised I include myself in the community of teachers, though my teaching experience has been rather humble compared to many who may read this piece. I taught on the ‘English at the Workplace’ programme of the English and Foreign Languages University, Hyderabad, for about three months; helping gardeners, mess workers, plumbers and other support staff with basic English. I say ‘our classrooms’ not because of my short teaching stint, but because I believe I am a teacher at – to borrow a photographer friend’s expression – “the level of the soul”; a teacher who is both seeker and sharer. 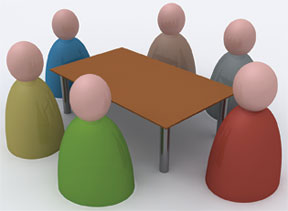 A few months ago, I attended a seminar on the Common School System (CSS) and its relationship with the Right to Education. It brought together several people who have been thinking seriously about education, working at the grassroots level, or doing both. Held in Mumbai on May 31 and June 1, it was jointly organised by a number of organisations – Yusuf Meherally Centre, Hindustani Prachar Sabha, Socialist Front, Maulana Azad Vichar Manch, Janata Trust, Dr. Lohia Janma Shatabdi Samiti, Sadbhavana Sangh and Mumbai Freedom Fighters Sabha.

The keynote address was given by Dr. Anil Sadgopal, former Dean of the Department of Education, Delhi University. He eloquently laid out the crucial issues pertaining to a CSS in India. The origins of the CSS in India go back to Mahatma Jyotirao Phule, who along with his wife Savitribai Phule, played a major role in ensuring access to education for the disadvantaged communities in Maharashtra. Sadgopal noted that people often mistake the CSS for a uniform system that would ignore the diversity in our country. Another objection that is raised is: What will happen to the talented children? The problem occurs – according to Sadgopal – because of the narrow definition of talent based on exams that are essentially competitive in nature.

Sadgopal provided an insightful analysis of the fragmentation in our current education system in the form of various teacher cadres. We now have a number of para-teaching cadres like shikshakarmis, shikshamitras, shikshasevikas and others; as a result the teaching community is unable to stand together as a unified force and press for their demands to be fulfilled. Moreover, teaching ceases to be seen as a profession that most young graduates and post-graduates would want to get into.

On the second day, participants were divided into five discussion groups; namely National Curriculum Framework 2005 and the CSS, Neighbourhood Schools, Right to Free and Compulsory Education, Privatisation and Commercialisation of School Education – A Retrogressive Government Policy, and Building a Campaign and Social Movement for the Common School System.

I was in the group, discussing the National Curriculum Framework 2005 and the CSS. We were expected to list out the components of our vision of a model national curriculum that would be compatible with a functional CSS. Despite some initial confusion about the difference between a syllabus and a curriculum, we eventually agreed that a curriculum would only spell out core elements; matters such as list of topics and sub-topics, textbooks, annual calendar and evaluation methods are best decided by decentralised bodies comprising principals, teachers and parents. Such decentralisation would be most effective only in a system of neighbourhood schools wherein every child would have the fundamental right to secure admission in the school in his or her neighbourhood.

The group came up with some basic principles that the national curriculum should emphasise: relevance to the needs of people and their lives, learning by doing, history of the Indian nation and freedom struggle, Fundamental Rights and Duties to be realised in a holistic manner instead of rote learning, peace education and gender sensitisation to be integrated in the teaching of all subjects, skill development, and that all these should be in accordance with Constitutional directives.

Sadgopal stopped by to listen in on the group’s discussion. While he agreed that all the listed items were important, he pointed out one crucial area that was neglected: social exclusion in schools. Sadgopal’s comments provoked further discussion, and we realised that it was not enough to write textbooks that are sensitive to the concerns of the marginalised; it is vital to make inclusion a part of the ethos of every school and classroom.

Several questions emerged after all the discussion groups presented their reports. The one that was pursued most doggedly was about the place of English in our education system – whether English should be the medium of instruction, or whether the regional language or the mother tongue should occupy that space? Sadgopal remarked that research studies indicate that the child learns best in his or her mother tongue. Some of the participants argued that classroom instruction at the primary level should take place in the mother tongue. Others pointed out that the problem is that in higher education, it is difficult to find teaching-learning materials, dictionaries and reference books in the mother tongue. Most felt strongly that students should be allowed to answer their examinations in their mother tongue, but there was the attendant concern about training teachers to meet this challenge. Cities, particularly metros, have a mix of language groups, and the local language or language of instruction may be a second language for many. How does one determine what language would work as the ideal medium of instruction? This question remained unresolved.

The seminar gave me an opportunity to acquaint myself with a large number of issues in Indian education, and to listen to people like Anil Sadgopal, Medha Patkar, Simantini Dhuru, Heramb Kulkarni and Jayashree Ramdas, all of whom have worked closely with communities. Engaging in dialogue with people who care about the same things is a rewarding exercise. It not only enables you to clarify your own ideas, but helps you consider other perspectives with openness. A glimpse of the big picture prompts you to reflect on your own role and contribution. It prepares you to engage with the classroom as more than a knowledge transaction space; as a space for learning about each other, especially the disadvantaged.

The author is an M.Phil student at The English and Foreign Languages University, Hyderabad. Apart from education, his interests include poetry, travel and children’s literature. He can be reached at [email protected].