Importance of sexuality education today
It is important today to talk about sexuality education and to ask ourselves the following: what is the connection between the present resistance by government bodies, schools, parents, right-wing parties, and religious groups to sexuality education and sexual violence and the production of rape cultures? What is the connection between this systematic denial of right to knowledge about our own bodies and sexual violence and rape? Why are principals, teachers, and parents so afraid of talking about sex, relationships, bodies and pleasure to children and adolescents?

One of the arguments is that adolescents will get promiscuous. We are not afraid that men will get promiscuous, but rather that women will. We are afraid that women will have sexual relations with the ‘wrong’ men, that women will claim their sexual agency. And this becomes dangerous because of patriarchy’s prerogative to control female sexuality. One of the root anxieties of access to sexuality education is this patriarchal and misogynist notion. Countries that one might expect to have a more open conversation about sexuality like the US also have abstinence-till-marriage sexuality education programmes. They betray the same patriarchal notions of virginity, monogamy, regulation of sexuality, homophobia, etc. A comprehensive sexuality education will counter these patriarchal notions and disturb the silence of cultures that produce this gender violence.

At the same time we need to also ask: why is there a systematic silencing of information about sex and sexuality when it comes to children and adolescents? How does this silencing contribute to ignorance, sexism, misogyny, gender discrimination, and patriarchal attitudes present in school and college spaces? How does this sexism contribute to the formation of rape cultures?

The moment you exclude talk about sexuality you are also excluding all conversation about desire, changes in the body as one grows up, positive body image, what constitutes an equal and healthy sexual relationship, marital or otherwise, the different sexualities and genders, and disabilities. By not talking about all this you are immediately creating a silence around gender equality, freedom from discrimination and democratic values. This production of discrimination and patriarchal attitudes informs rape cultures.

The silence around sexuality and the lack of sexuality education also leads young people to seek information about their bodies and the sexual act from often misinformed sources: peers, the media, badly written biology books and pornography. It is a known fact these days that in the absence of a comprehensive sexuality education, pornography becomes the source for sexuality education for most young people. The harms of learning about sexuality solely through patriarchal hard-core pornography are obvious to gender equality, body image, marital/non-marital sexual relationships and freedom from violence and abuse.

A brief history of sexuality education in India
Sexuality education has historically emerged out of a concern for population control. Nandini Manjrekar traces a history of sexuality education in the Nirantar Report on Sexuality Education for Young People1. The concern for population control emerged in the 1950s with the launch of the family planning programme, since over-population was seen as economically unviable. In 1970, the Indian government decided to have a population education programme to address what they perceived as the population problem. In 1980 the National Population Education project was launched. The textbooks made during this time propagated the small family norm. They also placed the onus of under-development on the poor, illiterate, and mostly rural population whose sexual excesses were the direct cause of this under-development. Over-population was seen as the root cause of poverty and socio-economic backwardness and the poor were targeted as the main subjects of reform. The textbooks were one of the ways in which these ideologies were effectively propagated.

Manjrekar argues that with the International Conference on Population and Development in 1994 a paradigm shift took place, from targeting the poor to targeting adolescents. With the awareness that there was a large population of young people, between the ages of 18 and 25 and that a large section was vulnerable to HIV and AIDS, the focus of education policies shifted to AIDS prevention for adolescents. By 2002, the National Population Education Programme had a special focus on Adolescent Sexual and Reproductive Health (ARSH). In 2006 the controversial Adolescent Education Programme (AEP) in collaboration with the National AIDS Control Organisation (NACO) and UNICEF was launched. Just like the poor of the population control drives were represented as a teeming mass of irresponsible people who were the root cause of India’s underdevelopment, the adolescents in these educational materials too were represented as irresponsible, abusing drugs, sexually and morally depraved, and generally the cause of disrupting the moral and developmental values of the nation. In 2007, after a Rajya Sabha Committee Petition report, the AEP was banned in some states, terming the content too explicit and promoting western values.

The Report argues that one needs to move from the term ‘sex education’ to ‘sexuality education’ since this would mark a shift from an only biological/reproductive/anatomical understanding to a more holistic socio-cultural one. Drawing from the National Family Health Survey, the Report argues that in a context when many people marry young, have teenage pregnancies, are sexually active and are susceptible to HIV and AIDs as well as to sexual abuse one cannot justify withholding information on sexuality and knowledge about the body. It states that young people have also voiced their need for sexuality education and consider the ban on it as a violation of their right to information, education, and health under the Indian constitution.

Most importantly, the Report addresses common myths around sexuality education. The most common myth is that sexuality education will make young people more promiscuous, lead to experimentation and increased sexual activity. The answer to this, drawing from various studies worldwide is: “There is no evidence to demonstrate that the introduction of sex education leads to increased sexual activity among young people. Several studies provide evidence to the contrary. For example, a study commissioned by the WHO and Global Programme on AIDS reviewed 47 studies that evaluate sexuality education interventions implemented in various countries and found that in 17 studies it was reported that education delayed the onset of sexual activity, reduced the number of sexual partners or reduced unplanned pregnancy and STIs, while 25 studies reported that education neither increased nor decreased these indicators. (17)”

The Nirantar report places sexuality education within the field of human rights stating that, “The right to sexuality education should be considered an inherent part of the rights to life, health, expression, education and information that have been recognized as fundamental rights under the Constitution of India…. (26)”

The Report also recommends that the government introduce sexuality education in the core-curriculum. When designing such a curriculum, various groups that have experience in the field of sexuality, gender and education must be involved, and teacher-training in sexuality education should also be made compulsory (62, 63). 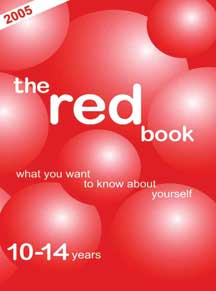 TARSHI, the South and Southeast Asia Resource Centre on Sexuality, has also been actively advocating for the need of sexuality education. They have developed two textbooks on sexuality education: the Red Book3 for children between the ages of 10-14 and the Blue Book4 for children from 15 onwards. These books have a positive and non-instrumental and non-judgmental approach to sexuality. TARSHI has also published an Orange Book5 which is a teacher’s workbook on sexuality. This book addresses the teachers’ anxieties to talk about sensitive issues like sexuality, especially in the case where they have hardly spoken about it themselves. The workbook comprises 28 exercises on imparting comprehensive sexuality education with confidence and ease. There is also a Yellow Book for parents, which helps them talk with young people on sexuality. 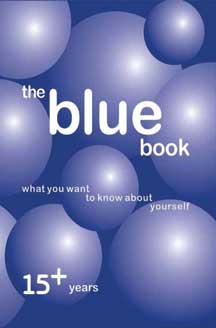 Feminists have always been concerned with violence against women, and it becomes difficult to talk about pleasure and desire at such a time. Though talking about violence is necessary, talking about pleasure not only addresses a part of human sexuality which is positive, but can also prove to be empowering as well as a counterpoint to violence. We should not just demand an end to violence but also the right to pleasure and desire. The pre-requisites for a right to pleasure and desire are freedom from discrimination, sexism, and misogyny and the right to equal, mutually respectful non-marital/marital relationships wherein the question of violence does not arise. Locating this argument in education, we must demand this right to pleasure within the curriculum of sexuality education itself, giving sexuality education the political agenda of ‘sex-positive’ feminism.

Comprehensive sexuality education can also have the possibilities of critiquing what constitutes the ‘ideal marriage’, by not only challenging heteronormativity, but also challenging what is considered to be an ideal heterosexual marriage. It can challenge the logic of marriage within the same caste, class and religion, upturning caste/class hierarchies. It can challenge what constitutes the ‘ideal family’ by upturning the small family norm of population control textbook and allow for differences in terms of homosexual families, single parent families and so on. By laying the grounds of what constitutes a healthy marital relationship, it can challenge the silence around marital rape and push for legislation on it. It can challenge religious and ‘traditional’ notions of purity, pollution and other things related to bodies- such as myths around menstruation and childbirth for women and nightfall or loss of semen among men.

At the same time, acknowledging the fact that children are outside the formal schooling system and recognizing the limited potential of education as well as its problematic history as an agent of reform, one needs to think of sexuality education outside the space of the educational institution and take the discussions into homes, between parents and children. This does not absolve the school of its responsibility, but demands that the home should also provide a progressive environment where children feel free to ask questions and get answers without fear.

Imagining a progressive sexuality education such as this then becomes a way to addressing sexual violence and rape structurally rather than offering symptomatic solutions.

The author is a Doctoral Candidate at the Center for Women’s Studies, Tata Institute of Social Sciences, Mumbai. Her doctoral research focuses on the construction of adolescent sexuality and the politics of sexuality education in contemporary India. She can be reached at [email protected].