The Third National Learning Conference hosted by the Azim Premji Foundation in Bangalore was a meeting ground for academics, education activists, teachers and policy makers to debate issues relating to school education. The theme – Equitable Education for an Equitable Society. Presenting an overview. 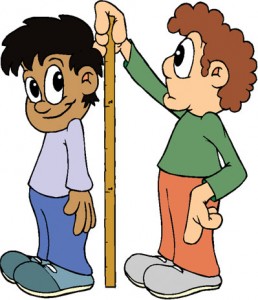 Education in India, just like everything else, presents a mixture of contradictions. On the one hand, high-performing, resource rich schools with the best of equipment and well-paid teachers, ideal teacher-student ratios… and on the other hand, one-room schools into which are crowded first-generation learners with no furniture, few books and perhaps one teacher to handle multiple classes. Children with access to the best-in-class education resources and children who have no means of reaching a school due to a variety of circumstances ranging from class to caste to gender, to simple unavailability. To talk of equity, therefore, is to enter into a discussion that is like the proverbial pillar of fire – it has no beginning and no end, or it would seem so.

The Third National Learning Conference hosted by the Azim Premji Foundation (APF) at the National Institute of Mental Health and Neurosciences (NIMHANS) campus in Bangalore between June 24 and 26, 2007 brought together academics, education activists, teachers, policy makers, teacher trainersand just plain folk interested in doing their bit to make education in India a meaningful and inclusive experience. The theme of the conference, “Equitable Education for an Equitable Society” seemed to hold within it a sense of idealism – can we, indeed, create an equitable society by making education equitable? Or is it even possible to make education equitable when society at large is defined by an entrenched system of inequity? How do we understand equity? Is it about access to schooling, about access to equal treatment within classrooms? Is it about an evenness of resources or teaching talent? Do we look at it in economic, social or intellectual terms? Or all of the above? Or perhaps, to begin with, it is, as Mr Azim Premji noted in his introductory speech, about transforming the idea of universal access to education “into a reality, in every school, in every village.”

The conference sessions reflected the wide-ranging nature of the theme, and tackled it from a variety of vantage points. Mr. Champak Chatterjee, Secretary, Elementary Education and Literacy, Ministry of Human Resource Development, Government of India, began by looking back at the 2000 Dakar Conference, which articulated the desire to achieve Universal Education by 2015, and wondering how far we have come toward realising this goal. The direction of development in India has thrown up several additional challenges and has redefined marginalisation, rendering the issue of access to education, let alone quality education, extremely complex. Though the Central Government’s commitment to education in terms of budgetary and human resource allocation has steadily increased, it has not led to the resolution of “chronic diseases” in the system, with symptoms such as teacher absenteeism and dropouts. Mr Chatterjee emphasised the need to pay attention to micro issues such as hunger in the classroom, protein and other nutritional deficiencies among children and how these factors influence and inhibit learning.

Andre Beteille, Chairman, Indian Council for Social Science Research (ICSSR), New Delhi, noted that the depth of social stratification in India made it unrealistic to expect that we could develop an education system that is satisfactory and unlike the general society in which it lives. “Universal elementary education is not a sufficient condition but it is an essential condition for an equitable society,” he said, while reminding us that “school too is a social institution” and we need to understand the micro-level interactions that sustain inequity within this institution. He, like many others at the conference, exhorted those involved in setting and implementing policy to rethink the notion of community and the desirability of reproducing the values of community in education.

The idea of equity was interrogated further from socio-economic and legal viewpoints, with a consideration of how different actors (government, private sector, non-governmental organisations) contributed to increasing or decreasing access to education. As educationist Dr Sharada Jain from Jaipur-based Sandhan pointed out, ultimately, “education is an ethical engagement, where we intervene in children’s lives and the contexts within which they live.”

Discussions continued across the spectrum of thought related to school education, with Vimala Ramachandran of the Education Resource Unit, New Delhi, speaking about the “fluidity of deprivation” and the new types of marginalisation that need to be considered while planning to make education accessible to all. She spoke of the need to create strategies that are sensitive to context and to different types of vulnerability. She noted that equity would be difficult to achieve as long as the administrative structures remained the locus of privilege, and that capacities on the ground–be it teachers or school administrators–had not kept pace with growth.

Breakout sessions on the third day allowed more focused discussion on specific themes related to equity, ranging from art education and equity to the pedagogy of diversity to inclusive education and the controversial area of privatisation of education. Anchored by experts in these areas, these concurrent sessions attempted to bridge the distance between ideas and their expression on the ground, in classrooms, by teachers. Perhaps more questions were raised than answered at these sessions; perhaps more people left bemused than assured, but most were reassured, that they were all part of a process that could not be denied, that of reform in Indian primary education.

Outside the conference rooms, tightly packed groups continued debating the issues raised by speakers and panelists. Networks of action were reinforced, new alliances built, new ideas generated. From the Sarva Shiksha Abhiyan functionary in Kutch to the District Primary Education Project worker in Tamil Nadu, thoughts had been set in motion that would perhaps take their long and winding road to ultimately reach a point that would begin or take forward the process of change in education. And, as Vijay Gupta of APF put it, “that’s the biggest take away from this conference.”

Aside at the NLC 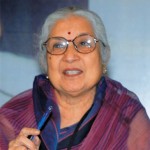 Sharada Jain, Director, ‘Sandhan’, a Rajasthan-based NGO that works with marginalised communities, spoke to Teacher Plus on the kind of changes that have taken place over the years and how these have been reflected in various forums and conferences. Quoting Socrates, Dr. Jain defined justice as “an enquiry into three basic issues: What is a good human being? What kind of society do we value? And what core shared values do we value?” The Indian experience of education and its concomitant inequity is best understood in its diversity. She described diversity as India’s biggest strength and emphasised the promotion of education in a manner that makes diversity and equality converge.

Commenting on the take-home from the conference, she felt that a significant percentage of participants would definitely get excited about the issues raised while others may choose to remain cynical. The debated issues spanned minority education, socioeconomic barriers, diversity, gender and caste and universal education in the context of the Millennium Development Goals of the United Nations.

In her closing remarks, Dr. Jain defined equity as justice. “Justice”, she said, “is not a tangible thing that can be measured or seen easily. And equality is a state where we feel there is a sense of justice. All the processes that counter this sense of unfairness are an attempt at equity.”