A recent all-India Survey sought to probe students’ minds on the quality of school education in our country.Presenting the findings

It is an open secret that India’s school system, a legacy of the colonial era, needs to be overhauled if it is to meet the needs of a modern and largely young nation. Yet students themselves have rarely been asked for their impressions, much less consulted on ways to improve the quality of education. To help fill this lacuna, the International Forum for India’s Heritage (IFIH) conducted an NCERT-sponsored Survey on Education for Standards 9-12; over 11,000 students were asked to answer 72 questions. We conducted the survey in English (66%) and seven Indian languages; students (40% of them girls) were drawn from 278 schools spread over 21 States; 85% of the students were from private schools, 81% from urban schools. To our knowledge, it is the first time that such a survey seeking to probe our school-going students’ minds has ever been conducted in India, a fact edifying enough in itself.

The questionnaire’s first part dealt with Indian culture and values, the second part with the students’ experience of other aspects of the educational system; while some questions were of the yes/no type, most required the students to spell out their thoughts and suggestions, which provided a substantial qualitative feedback. Results proved revealing at many levels.

Findings on culture in education
We first questioned students on aspects of Indian heritage: arts, science, festivals, traditional sports and games, literature, inspiring historical or mythical characters, yoga and spirituality. The results were striking: 91% of all students felt that they would benefit from learning elements of Indian culture. Among the aspects of Indian culture that students would like to learn, art comes first, followed by asanas and pranayama, physical games such as kabaddi, and meditation.

Coming to values, only 38% of the students felt that they were acquiring some values at school – an unflatteringly low proportion; 7% specifically stated they were acquiring no values at all, 11% gave intermediate replies, and 44% did not reply at all. As regards the values which students said they would most like to practise in their own lives, honesty came first followed by truthfulness, brotherhood and friendship, duty and dharma, reverence for / inspiration from one’s parents, self-perfection, courage and simplicity each, and finally non-violence. When asked which values they felt they had acquired from stimulating stories from the Ramayana, Mahabharata, Panchatantra, etc., the categories and proportions were very similar, which reflects on the inspirational potential of such texts and stories when used as educational tools.

In a study correlating 11 different questions and defining a five-grade scale, 83% of students showed a substantial degree of interest in Indian culture or in learning about it at school, denoting an eagerness for cultural education. 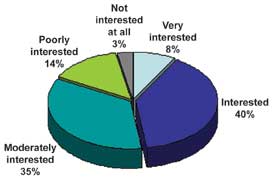 This is undoubtedly one major finding of this Survey: Indian culture has been kept out of sight of our children, and they are asking for it to be restored to them – a legitimate demand. When their British, French or German counterparts are imparted something of their country’s culture at school, it is baffling why Indian students should be denied access to Indian culture and the world-acclaimed values that it has nurtured for millennia.

Findings on the quality of the educational system
Other important aspects of the students’ experiences came to light: 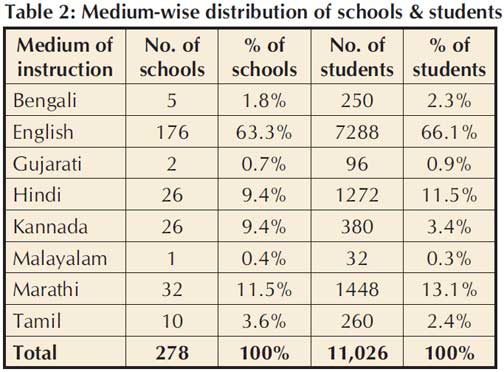 Remarks on Expression
Our studies of patterns highlighted a few important points: 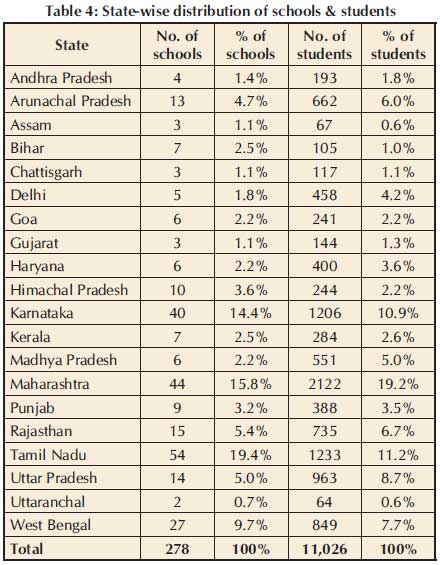 Conclusions
IFIH’s Survey highlighted the failure of the average school curriculum to meet the cultural needs of students, regardless of the school type or medium of instruction. This confirms long-standing observations by educationists that schooling in India imparts no meaningful cultural values to the students. In particular, English-medium students come out as the least interested in Indian culture; whatever the cause, this points to a systemic failure. Value-based education has long been viewed by educationists as supremely desirable, yet the average Indian school appears to be as far from this goal as ever.

To meet the students’ aspirations, therefore, it would be essential:

The above can only be done if deeper reforms are envisaged. In fact, the students themselves have come up with valuable suggestions for change: 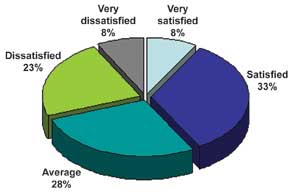 Despite some limitations, this Survey has highlighted important areas where school education has failed in its mission to equip a student to face life. It also shows the falsity of the still widespread notion that school education can be designed and imposed without the active participation of the students. In any effort to make those twelve years of schooling a more fulfilling period in a child’s life, students should not be seen as passive recipients. Their voice is a genuine one and deserves to be heard. They should be accepted as active participants in their own education.

The author is convener of the International Forum for India’s Heritage (www.ifih.org). He can be contacted at [email protected].