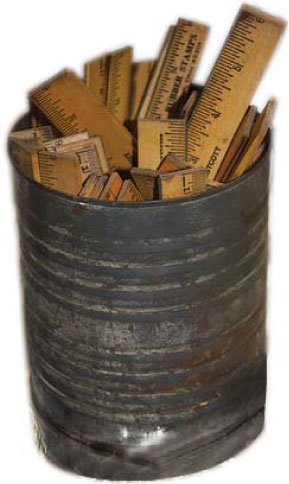 Consternation was probably writ large on my face when the wielder of the blue pencil informed me that the May-June issue of this magazine was to focus on mathematics. The very mention of the dreaded subject set off a chain reaction: the Adam’s apple did one of those quick involuntary gallops, the lips suddenly went dry, and the legs felt like they were stuck in quicksand. Those who have read Conrad’s ‘Heart of Darkness’ will recall Kurtz’s famous last words: ‘the horror, the horror!’ This cry of anguish neatly sums up my sentiments about ‘pebbles’ and ‘reunion of broken parts’. In case you are wondering if the author has ‘gone cuckoo’ or ‘flipped his lid’ by introducing elements which are not germane to the issue, let me assure that they are relevant to the matter being discussed: calculus means ‘pebbles’, and algebra means the ‘reunion of broken parts’. During my salad days, the very mention of these subjects made my stomach make noises like an overheated radiator and hotfoot it to the loo. Mathematics and I could never see eye to eye; as a subject, it expects one to be logical and precise. Everything is made to measure. I was more the ‘rule of thumb’ sort of person, keen on ‘winging’ it: unfortunately, my teachers didn’t take a liking to my thumb or its accuracy in taking measurements. They did, however, follow the rule of thumb law when it came to rapping me on the knuckles whenever I gave the wrong answer to a question.

The idiom ‘rule of thumb’ has been around for over three centuries. When we wish to measure the length or width of an object and we don’t have a tape or ruler at hand, we sometimes make use of our thumb to do it. This way of calculating the length/breadth of something, will not give us the exact measurement, only an approximate one. So when you say that you are doing something by rule of thumb, you mean that what you are doing is based on experience or instinct, and not on exact calculation. This, many people believe, is the origin of the expression; however, it’s not true. The story behind the idiom is a little more sinister; one that is likely to cause the fairer sex to rave and rant.

In the old days when men were men and women were expected to be ‘seen, not heard’, it was standard practice among the menfolk to wield the cane not only against their little ones, but also against their ‘Missus.’ British law entitled a man to give his wife ‘moderate correction’ every now and then; in other words, it was legal to beat one’s wife. The British of course, are noted for their sense of fair play, and therefore it should come as no surprise that there were certain rules of combat which had to be strictly adhered to. The law stipulated that the thickness of the stick which the man used to beat his wife could not exceed that of his thumb. This was the rule of thumb, and as long as the man followed it, he could rain as many blows as he wanted to on his better half! 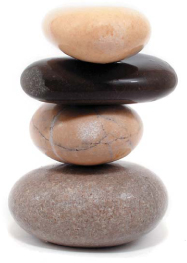 The husband did not have everything his own way. While the law permitted him to beat his wife, his hands were tied when it came to throwing rocks, stones or a ‘calculus’ (pebble) at her. In the old days, the harmless pebble wasn’t just used for counting; it was something that was employed to keep people out of certain clubs and well known organisations. It is this use of the pebble which gives us the expression ‘to blackball’ someone. Nowadays if you wish to become the member of a club, all you do is apply and appear before the Managing Committee for an interview. In the past, however, all the members of the club collectively decided as to whether you should be permitted to join or not. There was a secret ballot: members were requested to drop either a black or a white pebble into a box. If the black outnumbered the white, the majority didn’t want you as a member. You were ‘blackballed’; your application had been rejected. Later, the pebble was replaced by small balls made of wood. These wooden balls gave rise to the expression ‘blackballed’, and the word ‘ballot’, meaning ‘ball’. In the past, when you cast your ballot, you dropped a wooden ball into a box.

It is interesting to note that the practice of not throwing pebbles at politicians continues even today. As for shoes and slippers…. well that is a different matter altogether.