When we grew up, it is possible that we were offered chocolates or some other form of pleasure in order for us to do a task. This was the reward system. However, what we do not realize is the subtle difference between this system and bribery. Essentially they are the same, right? They both have the same concept. We offer an incentive for a task to be completed, so are we bribing children?

There is a very narrow line between this reward system and bribery and if that line is well understood, then there is no problem but it is unlikely that children will understand. When we offer a simple chocolate to a child, we are proposing two things. One is that incentive can motivate, and the other that a person is vulnerable to pleasure. We are manipulating children this way besides giving them opportunities to learn to manipulate.

Manipulation is a very heavy word, especially when used in the context of a child’s learning. This is something that children learn both at home and at school. 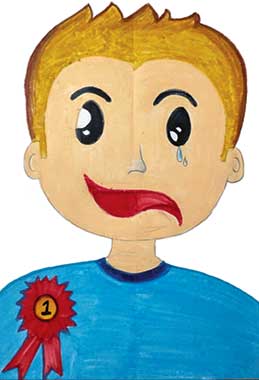 There is no denying the advantages of such a system but we seem to be ignoring the banes. The reward system, backed by statistics, is an established method to boost productivity in children. But the problem here is that statistics just measure the input and output ratios, not what happens in between – the changes that occur in the mind of a child. Children can become addicted and will demand more, what do we do then? After all, they cannot realize the meaning of their actions at their age, but we as teachers and more importantly as adults can and should.

Eventually the rewards will become a habit and their effect will be reduced. The stats say that a reward boosts productivity but they fail to account for the nature of a child’s unaware mind.

It will come to a point where the pupil instead of learning at a faster pace is focused on finishing the task for the reward, paying no heed to how it is being done. This is how unacceptable ways of doing things start in children. They may even lie in order to finish a task. We need to keep in mind that a habit of convenience is very easy to learn but very hard to let go off, and lying is a habit of convenience.

It is a great method when under control. As teachers and adults we can only control what we teach children, we cannot control what they learn. The gap between the two is where everything matters. The reward system, in my opinion, is a method of convenience and increases the gap, giving space for error, space for acquiring habits of convenience, space for wrong learning.

We need to look at alternatives. A possible alternative I looked into is to appreciate a student for his/her uniqueness. This also of course has its cons but is found to be a better way to boost productivity than the reward system. Appreciation helps a student gain confidence enabling a sense of freedom. The child is then comfortable with him/herself which is a very important quality to have in the current world of criticism. If that sense of freedom is achieved and we, as teachers, have aided them in their achievement, then we have been successful in nurturing the child.

The author is deeply interested in education and the way it is to be taught and hopes to write more consistently. He can be reached at kris.chebo@gmail.com.