She was, in my eyes, smart, lonely and (consequently) full of angst – a Muse just waiting to be written about; a person with vibrant, suppressed emotion enough to pose a rival to that immortal governess – Jane Eyre.

She was a brilliant teacher; methodical and involved with her subject, involved enough not to let the seeming disinterest of the students pull her down. It was amazing – she could make the study of literature organised without leaching any of its unruly, ungovernable magic from it. At the end of every lecture, every scene, she’d stop and ask us for our responses, appreciating anything that we had enough evidence to back up. 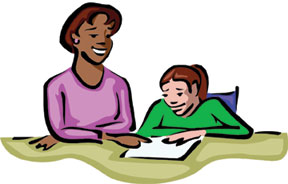 But none of us knew who she really was, what she was like outside the walls of the classroom. She had the ‘teacher face’ on all the time, sweep past us – barely acknowledging our presence – in the corridors, make a stately exit for the staff room the moment lecture time was over. It was as though she didn’t want us to get to know her.

We respected what we saw as her wishes, most of us not really bothered by it. It’s not as though a teacher is supposed to have the lowdown on your life or you on hers anyway.

For me though, it was strange. Both the schools I’d been in had encouraged an out-of-class relationship between teachers and students; we were supposed to interact with them, talk to them about our problems. I knew I shouldn’t expect that in college, but I wasn’t prepared for a complete about-face.

So, on the last day, after our final exams were done, I decided to talk to her. Considering that she was going to leave for the U.S, and wouldn’t be in college the next year, there was nothing to lose.

Starting was surprisingly simple. I went up to her in the staff room and thanked her for a great year, telling her that I would miss her classes. She invited me to sit down, and then proceeded to ask me how I had liked college on the whole, what I thought of it, and what I was planning to do in my holidays.

It was surprising how easy it was to talk to her. I even managed to tell her how intimidated we had all gotten sometimes, when none of us could manage to come up with anything original. She just laughed and said ‘That happens. I actually wasn’t supposed to teach, I was going to leave earlier this year. Doesn’t the fact that I don’t regret staying back mean something?’

Twenty minutes, or half an hour later I emerged, after promising to keep in touch. My classmates greeted me with curious, faintly scandalised looks. Why on Earth would I want to talk to a teacher right after my exams were done? They listened to my garbled explanation and summary of the conversation then dismissed it with a plea to grab lunch. All thoughts of mysterious teachers were abandoned then.

A month has passed, and emails are in full flow. I wonder sometimes why I didn’t go talk to her earlier, throw up a ladder and reach her in her ivory tower sooner. I like to think that I ‘rescued’ her, gave her some kind of humanity in my classmates’ eyes. Naïve, maybe, but it gives me, a little bit of satisfaction.

Achala Upendran is studying English literature at St. Stephens College, New Delhi. She can be reached at [email protected].