Twenty children experience Egypt through treasure hunts, cooking, painting, and acting. In a seven-day workshop on Egypt, they learn Hieroglyphs, dig out ancient recipes, and get into the shoes of Pharaohs 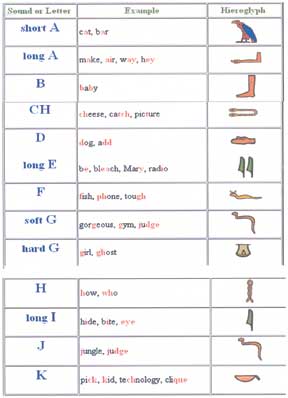 The sprawling drawing room was transformed into a performance arena. A bunch of young boys and girls, clad in white T shirts, were busily running around, giving last minute finishing touches to the props and make up. All their T shirts bore motifs of Egypt. Some had a Hieroglyph symbol on them, while some had a profile of Nefertiti. Some had an image of the Sphinx while some had the ancient tools of agriculture.

A murmur of expectation rose from the audience. Suddenly a booming voice was heard and all fell silent. The voice announced, “This is the story of a war. Not a war of military might, but of mental prowess. It was a war between the Master of Mathematics and the Lord of Languages. It was a war between France and England. It was a war, a race to hear the Pharaohs of ancient Egypt.”

That was the introduction to a play on Hieroglyph, structured around a competition between Thomas Young of England and Jean Francois Champollion of France to decode the language of antiquity. The playwrights, actors and directors were fourteen something to sixteen something young boys and girls who had just completed a weeklong workshop on Egypt. This was their final presentation on the final day – a Sunday evening with a difference, where the parents and friends had gathered to witness their children invoke an ancient civilization. Hieroglyph was one of the four plays presented on Sunday evening. The other three plays were Ramses, Cleopatra, and Tahrir Square. They call their group Electric Imagination. Their friend, philosopher, guide and the facilitator of the Egypt workshop is Sumita Majumdar. After acquiring her B.Ed degree, Sumita Majumdar had started her career as a teacher – first in a school in Delhi and then in Kolkata. However, it did not take her very long to realize that she could not give her best in the regimentized milieu of the classroom. So she opted out of formal teaching and started her own happy hours – hobby hours activities at home. The Egypt Project is the latest feather in her cap and the cap of Electric Imagination.

The author is the secretary of Bichitra Pathshala, an organization that promotes learning with moving images. She may be contacted at [email protected].

Sumita Majumdar is an educationist with a difference. She runs her own classes in which the children do various interesting projects on different subjects. Watching films and making films are an integral part of the projects. The children have chosen to call their group Electric Imagination (www.electricimagination.com). Sumita Majumdar may be contacted at [email protected].

The films on Egypt compiled by Sumita Majumdar are now available with Bichitra Pathshala. They can be made available to interested teachers and resource persons.