How does one pack a wealth of ideas with a small name into three-score-and-four pages? If one can capture the sense (not essence) of a person in a few curved lines reminiscent of a balding head and a pair of spectacles, I suppose this challenge too can be met. Or an attempt made, at least.

Each of the writers in this issue of Teacher Plus has taken on the challenge, and each has met it in a distinctive and insightful way. We have personal reflections and experiences with a variety of truths; we have explorations that raise questions and point to the possibility of the realization of an ideal. 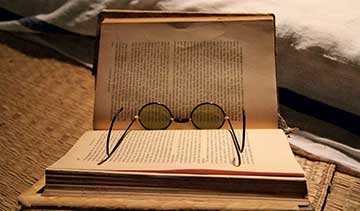 Sometimes the form of an idea becomes so familiar that we lose sight of its content, and the idea remains no more than a shell, a shadow of the thing it was meant to be. In some ways that is what has happened with Gandhi himself, and in large measure, it is what has happened with nai talim – his “new path” to education. What passes for school education in our country today contains (in the rare cases they even exist) only faint traces of the ideals of self-reliance, citizenship, the unity of head-hand-heart that are embodied in the model proposed by Gandhi. However, the essays in this issue point to the fact that it is not impossible to recover those ideals, and some argue that it is imperative that we do so, if we are to combat the divisiveness and alienation that marks our society and polity. Educational spaces such as Anand Niketan and Pathashaala, show us the practicability of these ideas even in our confused, conflicted, contemporary world.

When we at Teacher Plus decided to put together an issue on the continued relevance of Gandhi in education, we had some idea that there was a lot that could be said. But even so, we were overwhelmed by our call for articles, and received many more submissions than could be accommodated in the limited space of our printed magazine – so there is more to read on our website. Yet there is a sense that all has not been said, that there is still so much to debate and discuss, and discover about Gandhi and the way in which his ideas could offer us a different vision of education.