The Internet has been affectionately dubbed the ‘information highway’; and like most highways, it has been paved with good intentions. For a practicing teacher sitting in some remote corner of the globe, the internet is a miracle of science, a modern day ‘akshaya paatra’, capable of providing an unlimited fund of knowledge. A click of the mouse allows the teacher to access information, download lesson plans, find answers to nagging questions, and read articles written by members of his own tribe. I could add to the already impressive list, but the intent here is not to highlight the virtues of the Net, but to point to one of its inherent dangers. We should not forget that these wonderful features that we as teachers make use of, we share them with our students. They too surf the Net for information, and very often they misuse the technology: it is not uncommon to find that the projects that some students submit are merely an exercise in ‘cutting’ and ‘pasting’. Many have become past masters in ‘borrowing’ materials from others without revealing their sources. The Net has made it easy for young minds to plagiarise. 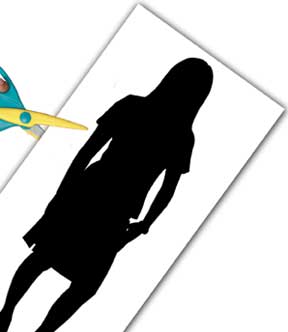 “Plagiarise, let no one else’s work evade your eyes,” sang Tom Lehrer some 40 years ago. He went on to say, “Remember why the good Lord made your eyes, so don’t shade your eyes, but plagiarise, plagiarise, plagiarise! Only be sure always to call it, please, ‘research’.” Thanks to the World Wide Web, doing research of this kind has become as easy as falling off a log. It has now become possible to steal entire dissertations sitting in the comfort of one’s home. During the rare occasion when the scholar or researcher (misnomers for a ‘cutter and paster’) is caught with his hands in the cookie jar, and is accused of being a plagiarist, he vehemently protests his innocence. No one likes to be told that he has plagiarised; it is the ultimate insult that can be hurled at budding scholars and pseudo intellectuals. A few months ago, when this magazine ran a special issue on plagiarism, it succeeded in ruffling quite a few feathers.

According to most dictionaries, when you plagiarise, you borrow something that someone else has written, and pass it off as your own. You bask in someone else’s glory! So, why do people take umbrage when they are accused of plagiarism? Does this harmless act of hiding your sources warrant such a negative reaction? If people are going to react so violently for being labelled a ‘copier’, wonder what their reaction would be if they were called ‘kidnapper’. Kidnapper you say? What are you talking about?

Well, believe it or not, the original meaning of ‘plagiarise’ was ‘to kidnap’. The word comes from the Latin ‘plaga’ meaning ‘hunting net’. During the times of the Roman Empire, the wealthy required the services of many slaves to keep their house spic and span, and also provide some form for entertainment. Men and women who had been captured during the various campaigns against other countries, were sent off to Rome to do the dirty work. With the passage of time, as the demand for slaves grew, unscrupulous individuals resorted to nefarious tactics to meet it. They began to kidnap people, and sold them off as slaves. In order to capture their prey, they made use of a ‘plaga’ or hunting net: the person who used it was labelled ‘plagiaruius’, meaning ‘kidnapper’. The original plagiarist, therefore, was not someone who stole other people’s writings or ideas, he was a kidnapper. In fact, kidnapping became such lucrative business that the Roman Senate was compelled to pass laws preventing the abduction of freemen and turning them into slaves. With the passage of time, ‘plagiarius’ took on a slightly different meaning: the word began to be used to describe someone who stole other people’s ideas or books, and passed them off as his own.

If a ‘plagiarist’ was originally a kidnapper, was a ‘kidnapper’ someone who rescued people? No such luck, I’m afraid. Unlike ‘plagiarise’, the word ‘kidnap’, a slang term coined by the underground, didn’t undergo a dramatic change in meaning: it meant abduction from the beginning. This compound word consists of ‘kid’ and ‘nap’: a ‘kid’, as we all know, is an informal word to refer to a child, and ‘nap’ is something that our students occasionally resort to when they are sitting in class! So did ‘kidnap’ originally mean ‘sleeping child’? Did the act of kidnapping involve the abduction of a sleeping child? The word ‘kid’ is also used to refer to a young goat. Was the kidnapper someone who stole sleeping goats? All this confusion is due to the word ‘nap’. In ‘kidnap’, the second half of the word has nothing to do with a short sleep. ‘Nap’, in this context, is actually a variant of the verb ‘nab’, meaning ‘snatch away’. A kidnapper was someone who snatched away young children, and like the ‘plagiarist’ before him, sold them as slaves: in this case, not to the Romans, but to the Colonists in America.