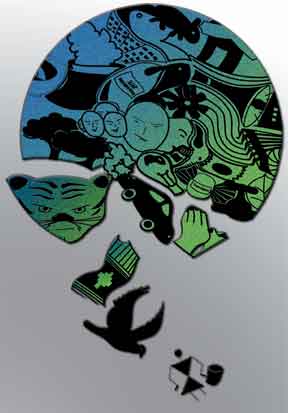 They marched to celebrate their world. They walked so that their lives and cultures would not slip away from their grasp. They sang with a message to us all. Nearly 5000 fisherfolk, salt pan workers, pastoralists, and farmers of the Mundra coast in Kutch district in Gujarat embarked on a padyatra (footmarch) in August 2011 with an affirmative vision to “Save the sea, Save the land, Save the environment” of their region. Their call is important for us to understand because ecologically fragile and culturally vibrant places like Mundra are juxtaposed at a very critical juncture of the environment and development debate in the country. As much as Mundra represents thriving livelihoods and a strong connect with India’s coastline, it also attracts the custodians of India’s industrial dream. Both, whether we like it or not might position themselves at ends that are unlikely to meet.

Our search for sustainability is poised bang in the middle of these scenarios, which seem to be testing human aspirations. Land, water, air, and many other elements of nature are not in a position to offer limitless visions of use. Yet, there are global lifestyle demands that continue to determine the world we have and continue to construct around us. It is as if no action of ours has an impact, and if it does, nature will fix it on its own. When communities living in harmony with their ecological homes, understanding the nuances of limits, stand up and ask uncomfortable questions, do we need to respond? Can we be dismissive about their pleas as if questions of disparity or resource crunches don’t matter to us? Or is there nothing one can do as the problem is too large for us to comprehend, leave alone trying to be part of the solution? Each one of us, is contributing to the world we have created, one that is full of jumbles and contradictions that we set to resolve.

One can say that our world and we, within its day-to-day functioning, work on three logical premises – the first relates to how and where we locate the problem, second, the nature of human denial and third, symbolism or as some would call it tokenism (with a negative connotation). There are figures and statistics to prove what I am going to say next, but I choose not to throw them in with the argument. This is because the issue of sustainability needs to move beyond number crunching. It is not just about how much forest is lost or the number of units of energy we consume each day, it is whether or not we can come on the same page, how we attempt to understand the environmental crisis that is visible in many corners of life, of course if we choose to relate to it.

Let’s begin with the first. Where is it that we see that the problem of environment degradation originates or draws its strength from? The land mass around us is fast diminishing, water wars are already agenda items of heated political debates and the world has warmed up to the idea of climate change. However, each one of us has our own perceptions of the reasons for the environmental problem, which is critical as our solutions will also lie in that very realm.

Power or electricity generation is one of the most difficult issues to deal with today. While cities and industrial centres are increasingly becoming energy guzzlers, rural areas and urban slums continue to live in relative darkness. Whenever a new thermal, hydro, or nuclear power project comes up for environmental approvals with the government, it carries with it an argument that it will resolve the power shortages that are being faced in cities, towns, and even villages. The environmental argument is then subsumed within this more important premise.

However, what one needs to comprehend is that the point of origin for defining the problem is that of shortage of electricity or power. It does not deal with the question of how much urban and semi-urban lifestyles are demanding or seeking to consume. It also fails to ask whether all the industries that require this power are creating products that are adding to the crisis or are making living sustainable. What will the construction of 17 hydro-electric projects on one river basin, or adding many more coal-based thermal power plants in an already critically polluted area do to the people living there?

Therefore, for each one of us, locating the problem of the environmental crisis is very crucial, be it in our homes or classrooms. One needs to also understand that it is one that cannot only be resolved by creating ecologically friendly air-conditioners, refrigerators, or light bulbs. It is about trying to strike a balance, and about realizing what is being lost in the bargain. The high altitude lakes and wetlands, alpine forests, riverine ecosystems, and rich tracts of multi-cropping agricultural lands are irreplaceable in our quest for power. Each project, whether based on coal or hydro, requires large tracts of land, which is currently what is ensuring that the Himalayas stand strong or the River Brahmaputra continues to flow. Each one of these ecosystems supports the myriad livelihoods that give us our grains, fruits, vegetables, or fish. Moreover, it is in their life, that the quality of ours remains.

If we do not attempt to relocate the problem to where it truly belongs, we are only going to be active witnesses to places like Singrauli. A region spread across the states of Uttar Pradesh and Madhya Pradesh has been considered to be the energy capital of India since the 1970s. A three-times displaced community living around three thermal power plants lives in 30×50 feet houses, with 16 hour power shortages every day and consumes drinking water from an area where ash from the power plant is dumped. Is this sustainable and desirable?

Our next point is one that relates to denial of two levels of the human mind. Level one is to acknowledge that I am part of the problem and level two, that I can also be the solution. 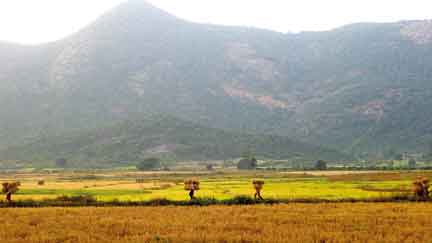 Two years ago, one of the prime locations in the city of New Delhi saw a photo exhibition highlighting the lives and cultures of the Dongria Kondh tribal community living in the serene and fragile landscape of Niyamgiri in the state of Odisha. At that point of time, these hills were on the verge of being mined for bauxite, even as the community protested and courts continued to hear arguments for and against mining of bauxite in the region. The photographers explained to the residents of the capital city, living far away from this reality, how our lifestyles were the reasons why Niyamgiri needed to be mined. The mining of bauxite, a photographer said, will be used to produce thin wrappers used to package food (like Tetrapacks) and chocolates for urban consumers.

This is ironic, he said, as there is an abundance of fresh food available in the markets. But, we often find ourselves at the shelves of the supermarket with trolleys full of “fresh frozen foods” rather than at the local vendor each day. Can food really be both fresh and frozen or packaged at the same time? Is this not a misnomer that we all fall for in our everyday consumptions, and when we do, there isn’t place for Niyamgiri in our thinking.

While we all might have our reasons for choosing a certain lifestyle, are we ready to accept that it is our change of life scenarios that is having a ripple effect thousands of kilometres away. For urban dwellers, high electricity consuming shopping malls, which have increasingly become the hub of our interactions, entertainment, and shopping solutions, are at the cost of denudation not so far away. After all, raw material is required for the construction of these massive structures, right? Limestone gets mined from the pristine and fragile hilly regions in the country to be converted to cement. Marble used in most lavish buildings in big cities like Mumbai, Delhi, Chennai, Hyderabad, comes from mining in the hilly tracts like the Aravalli ecoregion. This extremely sensitive ecosystem is an important buffer between the desert and plain areas of the country and is critical to maintain the water balance in the water scarce state of Rajasthan. The denudation of the Aravallis has meant disturbing this ecological cycle, but do we know that?

The other side of denial relates to whether any action of ours can contribute to reducing the crisis if not completely resolving it. But are we willing to engage with that question at all, even if it means making our own homes energy efficient, eating fresh food, or stop using plastic bags? At another level trying to find out a bit more about the practices of a company whose products you are buying or investing in? Is it one of those that is ready to build a massive private port in Mundra or is not really bothered about the future of the Dongria Kondhs? Each little action can make a difference, even if it seems just a drop in the ocean. 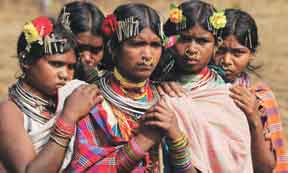 But ironically, in our times, individual and collective action has taken a limited form of symbolism. This seems to have permeated to many an environmental solution often detracting one and all from the core set of issues. For instance, how is an energy guzzling advertising banner asking us to save the planet on Earth Day, a sign of an environmentally conscious society? Is merely seeking payment for an activity, which causes huge tract of forests to be lost, the sign of an environmentally conscious government? Will the climate crisis be any better if we decide to go and do our bit by watching a film on climate change in a shopping mall or a theatre, which is otherwise one of the contributors to the climate crisis in the first place?

In fact, what is interesting is also how advertising is playing on this human psyche. Not so far back, the television saw mobile service providers find a solution to the deforestation problem of the country. Was it a great idea, Sirji? The advertising propagated that the more one uses one’s mobile phone for talking to people, sending them short and long messages, the less paper we will use to write letters to each other. But what this advertisement chose not to see was, where the real problem lay. Mobile phone technology works on batteries, charged by electricity. Secondary school textbooks tell us that electricity is generated through coal, hydro, or nuclear related technologies. Coal lying underneath India’s richest forest tracts has to be extracted through mining if thermal power is to be produced. Each year, several hectares of forests are gone officially to produce the power we need for our electronic gadgetry. Hydro-power is no innocent ally, with river basins in the Himalayas and other ecologically fragile regions under tremendous stress due to construction. So, the more cell phones, the more electricity to charge, the more batteries to discard, and the less forest for us to breathe.

The world we live in is the one we have created for ourselves. It is one where the problem is a big jumble, and contradictions consume our actions and there are no easy answers. In many ways it will require us to return to our history, which taught us to know where our food and comforts came from. And at another level, it will need us to acknowledge to ourselves that the lives that we are increasingly creating for ourselves are highly energy-intensive based on a world that can thrive only on dislocating another. Otherwise, how can you deny that Mundra’s port, Niyamgiri’s mine and Himachal Pradesh’s power generation cannot be environmentally benign and socially sustainable?

The author works and writes on social and environment issues and is based in New Delhi. She can be reached at [email protected].