Education, it is said, liberates the human being, modifies his/her behaviour by drawing out the best from every pupil. Today, however, the meaning of education appears to have undergone a definite change; at least school education has. It has come to be synonymous with getting high marks in the school leaving examination. Again, there is no guarantee that these ‘brilliant’ youngsters will actually remember what they learnt. A good school education presupposes that the school will have PCs in every classroom, interactive boards, touch screen TVs, and all the other gizmos associated with technology, never mind that the teacher does not even know the name of the pupil or what his/her strengths or weaknesses are. Naturally, he resorts to going to those ever-willing ‘uncles’ and ‘aunts’ for extra classes. If this is the situation for the average child, what does a pupil who is differently abled do?

Physical categorization is relatively simple – visually impaired, physically challenged, auditorally challenged, and so on. Again, here the impairment can be seen, so a certain sensitization exists right from the start.

Emotionally different – This is difficult to categorize and needs to be handled specially on a person to person basis. This could be seen as anti-social behaviour, attention seeking, poor performance at school, and so on.

There can be other forms of classifications too, but for the purpose of this article I am not going into technicalities. I will share briefly the cases I have come across in my professional career and also share with you our intervention plan for each of the pupils.

One assumption commonly made is that only children with learning difficulties have problems in learning; while that may be true for a large number, one forgets the exceptionally brilliant pupil who is a misfit in an average class, and perhaps this is the child who really needs our help.

CASE – I
Pupil A – exceedingly brilliant, can solve the most difficult problem in a minute, but cannot explain how he did it. He will just say, it’s so easy. Often skips steps, not too neat in his work, and yet he does not do too well in exams. He gets bored easily, tends to get into mischief, and does not really endear himself to his class or the teacher. However, he does have one or two really close friends.

We too had our Pupil A – let’s call him Anil. The teachers had a tough time getting him to sit down and do anything. Though he would solve sums and give the correct answers to questions, he was never good at exams. His passion was reading. There was no book that he had not read. Open days were traumatic for him. Fortunately, there was something about him that made his teacher have a soft spot for this highly untidy, careless boy and she brought him to me. On talking to him, we discovered that he had a brilliant mind. We called his parents. They were convinced that we were going to ask him to leave the school and were pleasantly surprised that I had called them to get him tested. Does he have learning difficulty? They asked. To cut the long story short, we had his IQ tested. It was – 142. Was it any wonder he found himself a misfit in the average class? Together we worked out a special programme for him, and while he definitely did not stand first in the 10th, he did well and is currently doing very well as a research scientist in the USA.

CASE – II
Then we had Sunil – very good in class, methodical, neat, following every instruction, but when it came to writing an exam/test he would barely make the grade. Teachers were baffled – orally he was average; his written work was neat but lacked substance. Again, after gentle prodding and visits to the counsellor, we had him tested. The testing revealed that he was under severe strain. He was the only son after two daughters. Much was expected of him, he was almost collapsing under the strain of expectations. His parents were called – fortunately they were sensitive but did not realize how much strain they had put him under and slowly eased off. He too did tolerably well with the timely intervention of the school. Today he manages his father’s small business – it has grown from 10 crores to almost a hundred crore.

CASE – III
How can I forget Anita, Akshay, and Amit? I put them together because they had similar problems – hearing impediment. Akshay had a hole in his ear and Amit had a genetic ear problem. But Anita did not even know there was a problem. She would speak loudly and often repeat herself. All of us thought she was just seeking attention and tended to ignore her. Since we knew the other two children’s problems, we made them sit on the first bench and the teacher would look at them and repeat the words slowly, so they could lip read. As is our practice we changed the seating arrangement every fortnight and Anita came to sit next to Amit. It was then that the teacher realized that Anita seemed to do better than before. Yes, we called the parents to school and very gently suggested an auditory examination; and on further testing, it was discovered that she had indeed a hearing difficulty. Fortunately, it was not beyond repair and corrective action was taken. Today, Anita is pursuing a career in the fine arts.

CASE – IV
Then we had Anmol, who was diagnosed as having a degenerative retina at the age of 6. He used to do all the activities with other children, but we were not told about his problem. One day during a martial arts class, he kicked a boy next to him who fell down and got hurt. The boy who was hurt said at once “Abay, andha hai kya?” That was enough, they got into a scuffle. I was called to reprimand the boys. I was surprised that Anmol who was really a quiet sort had resorted to physical violence. On talking to his parents, the truth came out. One eye had barely 20% vision, while the other was degenerating at a fast pace. The parents started crying, they did not want any one to know. I convinced them that we would send his documents to the board and only if needed we would get him a writer or whatever help he could get. “No, everyone will come to know” they said. It took all my powers of persuasion to let them know that their secret was safe with me and only if necessary would I tell any one. Definitely but surely, I excused him from martial arts and dance. During the examinations, we gave him extra time and made him sit right in front in class so that he could see the jottings on the board. He has passed out of school but I have not seen him or his parents again, possibly because I saw them during their weakest moments.

CASE – V
Then there was Soham – when we were testing him for admission, nobody, including I, could read what he had written. While talking to his parents they revealed that he was dyslexic, dyscalculic, and dysgraphic. His motor skills too, left much to be desired. His span of retention was very poor. But he was a willing worker and worked twice as hard as any one in his class.

We used to photocopy the note books of other children for him to copy, supplement his written tests with a lot of oral work, we even allowed him to use a computer for writing. There were days when he would bring a recorder to school to record the teachers’ lessons. Children and parents thought we were playing favourites. One day we discussed his situation in the class without hurting his self-esteem. The pupils understood and came forth to help. We got him a writer for the board exams. He did fairly well and today he is pursuing a career in the hospitality industry. After that year, I must mention that I have at least a list of ten students offering to be writers for students in the board exams. 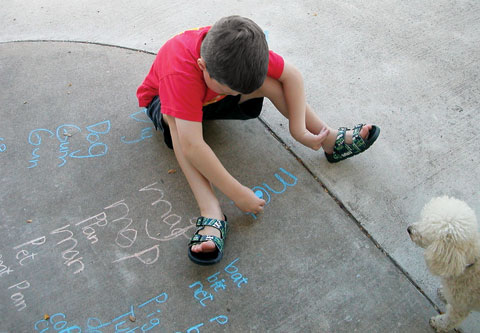 CASE – VI
Then we have two young girls, both victims of juvenile diabetes. As they grow older, they need larger doses of insulin. They cannot take part in games or go on trips with the school, they also need to eat frequently even in class. How does one explain this to other children? I am happy that children are more empathetic to others’ needs, when compared to adults. Once you explain the situation to them, they always offer a helping hand – including offering a sweet when the sugar levels fall. She has to go out of class and inject herself before lunch. We needed to sensitize all the staff members so that the children felt secure. While one of them has passed out of school and gone to college, the other girl is still in school and I am not sure to what extent the status quo can be maintained. She finds it difficult to be in school for a normal five to six hour period. But both of us are trying to do our best.

CASE – VII
Of course, I will never forget Meena. We lost her when she turned 9 years old. Even when we admitted her, we knew she had muscular dystrophy. I was also aware that her life span was limited. She used to be carried to school and some times wheeled out to the ground for PT. When we had a fire safety drill, the firemen did their show twice so that Meena could see it properly. She was average in studies. We tested her orally because her grip was very poor. Her parents took her to all sorts of places for massage and treatment to strengthen her limbs. But one day in January she passed away. I am glad that we were able to ensure her at least a few years of happy schooling.

There are many, many cases of children with learning difficulty for whom we have re-structured and re- worded our classes and test papers respectively. Oral tests, separate papers, quizzes, projects, writers and even computer-based worksheets are given to them. Our special educator and counsellors have their hands full, but I am glad that they are able to cope and help such students complete their school education.

Of course, I must also state here that there are a few, whom we have not been able to help totally. Some of them have left us to join the National Institute of Open Schooling (NIOS), so that they are able to do their exams at their pace.

Perhaps the success stories would be greater if the teacher training programmes – ECCEd, D.Ed and B.Ed had a definite module and not a passing chapter on sensitizing and handling children with special needs. Since we are talking of integration and inclusion, we need to train all our teachers and equip them with capabilities to handle these children. Yes, smaller classes will definitely help.

As far as our school is concerned, I can only say that we have totally committed staff, which treats each child as a special person and works out strategies to assess their strengths while playing down their weaknesses. But this is a small drop in the ocean. Only when all schools are able to integrate children with special needs both below and above the average spectrum, can we truly say, yes, the Right to Education has come to stay.

Ranjini Krishnaswamy is an educationist who has taught at primary, secondary and higher secondary levels. She is the principal of St. Gregorios High School, Mumbai and was recently given the National Award for Teachers and Principals by the Government of India. She can be reached at [email protected].