Two decades ago, after a short stint as an officer with a public sector bank, I decided to opt for self-employment, by way of a small venture that would allow me adequate time to devote to my family and that would be in line with my interests. Having grown up with books and benefited immensely from them, I visualised a venture that would allow others access to books (which were, even then, getting costlier by the day) and the opportunity (especially for children) to develop good reading habits instead of becoming totally dependent on TV and video games. 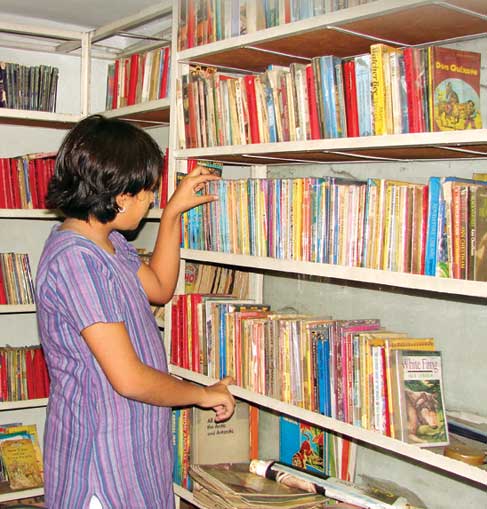 Arcade was the result. It was intended to be a ‘leisure-activity’ centre – a library and a shop selling books, music, toys and games, greeting cards and a variety of gifts. Over the years, however, Arcade changed – the library grew (in membership and in the number of books) while the focus on sales diminished. For the last 8 years or so, the library has been everything.

Arcade has a variety of fiction – ranging from children’s and women’s books to general fiction and the classics. There are also sections devoted to Indian authors, motivational books and Telugu novels (and comics, of course!!) Adding to the stock (currently over 10,000 books) is a constant process, and one of the most exciting parts of running the library!

Thanks to the variety, members too range from toddlers to grandparents. Also, while the members were earlier only from Sainikpuri, where Arcade is situated, the radius is now wider. There are even some members from localities as far away as Tarnaka and Marredpally.

Arcade is more than just a circulating library, it’s a place where members expand their reading horizons, where they ‘discover’ good books and authors, where they ask for suggestions and discuss their latest reads, and sometimes where they meet like-minded bibliophiles. Some also find long-lost friends, and new friends, at Arcade!

Some of the earliest members (then toddlers with their Ladybirds hugged close) are now young professionals who have grown with Arcade’s books, have kept up with reading, and continue to come in for books as frequently as they can. Most of these ‘life-time’ members very graciously acknowledge that their reading habit, prompted at Arcade, has helped them in many ways.

There are members from other places for whom Arcade has been a destination during vacation-time, and they make it a point to visit every vacation, to catch up on what’s new.

Many have been the parents who brought their kids to Arcade hoping to wean them away from the TV and have found that not only did the children pick up the reading habit but also improved their language skills in the process.

There are so many individuals and families I can recall in this manner, but too many to detail. Suffice it to say that everything I could recall about the past two decades would confirm that the original intention, of contributing to the knowledge and personality development of some of the members of the community, has been served, and will continue to be served, by Arcade.

The way Arcade is perceived by its members is evident from the manner in which they refer to it. It is never ‘you’ or ‘your shop’ or ‘the library’, it’s always, just, ‘Arcade’!

In fact, it was one of the members who proudly informed me, a few months ago, that Arcade is on Google’s map of Secunderabad!

The author runs a circulating library in Secunderabad. She can be reached at [email protected].

Libraries can be fun
Meet learn and enjoy
‘Driving’ knowledge