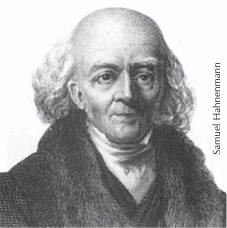 Ayurveda
Ayurveda (from Sanskrit, Ayus – life and Veda – science), the most popular of alternative medicine practices in the world, originated in India thousands of years ago. According to a legend Lord Brahma created Ayurveda after looking at the sufferings of human beings and animals. Charak Samhita by the sage Charaka, Sushruta Samhita by the sage Sushruta and Kashyap Samhita by the sage Kashyap written in the Vedic period around 1st millennium BC are the earliest available texts. In this system, plants and herbs are predominantly used in making medicines. Vegetable and animal fats, animal products and minerals are also used. This system strives to strike a balance between the three ‘doshas’ (substances) Vata (Wind/spirit), Pitta (bile) and Kapha (phlegm) that are believed to make the human body. When in balance the body is healthy, when not, Ayurvedic practitioners try to identify the causes and suggest remedies by prescribing concoctions of herbs, minerals and other material. Ayurveda also stresses on diet, massage and yoga-based exercises to complement the medicine. Ayurvedic surgeons of yore have been performing surgeries like cataract and rhinoplasty (altering the nose) for millennia. While yoga is also called an alternative system it primarily deals with physical fitness, meditation and mind and body control and Ayurveda with healing.

Homeopathy
Homeopathy (from Greek Homeo – similar and Pathos – suffering or disease) a holistic system of healing was developed in the 18th century by Samuel Christian Hahnemann.

He believed that by causing effects that are similar to the symptoms in a patient, the person could be cured of the disease. This is achieved by administering remedies based on a documented index of symptoms. Homeopathic practitioners source their ingredients for medicines from plants and minerals, which are then serially diluted to create the pharmacological effect desired. Medicines are prepared by serial dilution while the mixture is shaken by forceful striking. Forceful striking is referred to as ‘succussion’. The effect of the treatment increases with each dilution. This process is called ‘potentisation’. This is continued until none of the original substance remains. Like most other systems of alternative medicine, special attention is paid to the patient’s physical and psychological state and remedies and lifestyle changes are suggested accordingly. 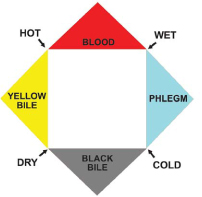 Unani
The Unani or Yunani system of medicine can be traced back 5000 years to Greece. However, it was later developed by Hakim Ibn Sina. His book the Canon of Medicine was written in 1025 AD in Persia. Hakim Ibn Sina was highly influenced by Greek and Islamic medicine as well as Ayurveda. Unani is based on the theory that states that the balance of the elements (fire, water, earth and air) present in various forms of fluids in human body leads to health and their imbalance leads to illness.

Traditional Chinese medicine
Traditional Chinese medicine (TCM) is a range of traditional medical practices that originated in China 2000 years ago. TCM includes treatments such as herbal medicine, acupuncture, dietary therapy, and both Tui na and Shiatsu massage. TCM practitioners arrive at cures by documenting observations of nature, universe, and the human body emphasizing on the direct relationship a human being has with the environment. 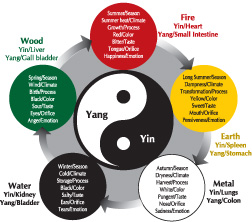 The earliest available text on traditional Chinese medicine is the Huangdi Neijing (Yellow Emperor’s Classic of Internal Medicine) which was written around 305-204 B.C. by Huangdi also known as the Yellow Emperor. Over the years TCM has been highly influenced by Taoism, Buddhism, and Neo-Confucianism. TCM is based on the philosophical concept that the human body is a world in itself and has a set of complete and sophisticated interconnected systems. These systems work in conjunction and remain in balance to maintain the healthy function of the human body. 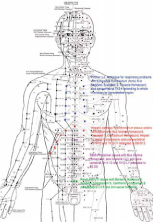 In Acupuncture (from Latin acus – prick) thin needles are inserted at specific points to alleviate pain and cure illnesses. There are about 400 acupuncture points positioned on meridians through which vital energy flows through the body. Sharpened stones used in acupuncture before needles were found dating back to 3000 BC in Mongolia. The earliest book on acupuncture is Emperor’s Classic of Internal Medicine (History of Acupuncture) by Huangdi Neijing, written around 305-204 B.C. Some say that acupuncture first began when soldiers who were wounded by arrows in war experienced relief when inserted with needles. The Portuguese were the first to take acupuncture to Europe from where it spread to the rest of the world. Acupuncture has several variations now: Classical Chinese, Japanese, Tibetan, Vietnamese and Korean acupuncture.