On the face of it, music and mathematics make strange bedfellows. But there is evidence of mathematical inquiry into music as far back in time as ancient Babylonia during the fourth millennium.

We get into deeper waters when we look at the algebraic and geometric expressions of arithmetic progressions. This concept is 3000 years old and Archimedes and Aryabhatta made significant contributions to it.

Mathematical uniformity makes music
The idea of mathematical uniformity making music is credited to Pythagoras. He discovered that uniformity in numbers directly impacts harmony, but it is possible that the Indians were aware of this idea much before him. The talam in Carnatic and the tala in Hindustani music is nothing but the rhythm and the pitch, both expressions of number. We keep count with the talam and finger count. Students of advanced Carnatic music will tell you that there is plenty of algebra in Carnatic music. It is the talam that gives structure to a composition and is similar to the measure of western music but is more complex.

Once this basic concept was crystallised, further mathematical exploration on wavelengths established that in a combination of notes when the peaks and troughs coincide there is music and when they do not, it makes a noise. 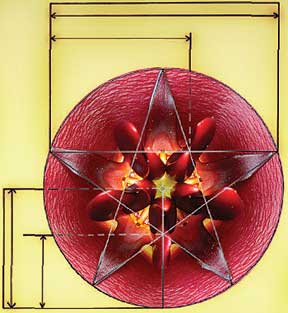 Golden Ratio is the ratio of distances in simple geometric figures such as pentagon, pentagram, decagon, etc. It is denoted by the symbol phi and is equal to 1.61803399.

Dividing each number in the series by the one that precedes it produces a ratio which stabilises around 1.61803399 – the Golden Ratio.

Over a period of time mathematicians discovered that the Golden Ratio and the Fibonacci numbers have several geometric representations in nature like the spiral on a snail’s shell or a new fern leaf, the spectacular patterns in the head of a sunflower or the symmetry in a pine cone. (Carry all these items to your next math class and get your students hooked onto nature’s maths, as detailed further in the article on Biology and Maths, in this issue of Teacher Plus). 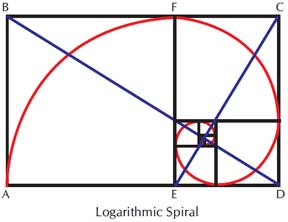 Explaining the concept further, mathematician Mark Freitag says, when we draw a set of whirling rectangles we are able to draw a logarithmic spiral. This spiral converges at the intersection of the two blue lines, and the ratio of the lengths of these two lines is in the Golden Ratio. Notice the stark resemblance of this logarithmic spiral to a snail’s shell!

Why composers love Fibonacci
Many music composers have created some chart busting music using the Fibonacci sequence as a basis for their music, beginning with Mozart himself.

Mozart wrote some of the most beautiful piano concertos, within which they say Mozart implemented the Fibonacci sequence. It is said that one can find the Golden ratio in Beethoven’s fifth Symphony. The new Hungarian art music of Bela Bartok uses the Fibonacci sequence because of its occurrence in nature. More popular is Robert Shcumann’s Traumerei, familiar to us as the soundtrack of the Titan watches commercial.

The structure of a piano is based on the Fibonacci numbers. If you observe the keys of a piano, you notice that within a scale of 13 keys, 8 of them are white and 5 are black, these five are split into groups of 3 and 2.

The Mozart Effect
The Mozart Effect was an idea that was very popular in the 90s and the hype created around it was used to sell music lessons and music products with the theme – Mozart makes you smarter. There is huge body of research done on the Mozart effect on children.

Research conducted by Rauscher, Shaw, Levine and Ky at the University of California Irvine established a casual relationship between math and music (only classical chamber music and not popular rock or heavy metal).

Another study by the same team was published in the prestigious science journal Nature in 1993; where they tested college students on spatial tasks and found that they performed better after listening to 10 minutes of Mozart’s Sonata for two pianos in D major than after listening to a spoken word relaxation tape or ten minutes of silence. The study has not gained universal acceptance and many researchers have been conducting research to debunk the Mozart effect theory.

Are you listening or learning?
What do psychologists say about this intriguing idea of music being good for learning maths? What one does with music seems to be the differentiating factor, they say. Listening to music may relax you (if you have a liking for it, yes, there are lots of people who do not particularly like music) and hence improve your performance. But learning music has a remarkably different impact. What we need to take note (pardon the pun) of is that the brain is actively involved in processing information and the similarity between math and music is seen here. Howard Gardner in his book Frames of Intelligence says different modes of thought are used in mathematics- spatial-visual and verbal logical. Verbal-logical and spatial-visual thinking are believed to be carried out in opposite hemispheres of the brain. So when you do math the right as well as the left brain are actively involved just as it is when you play music.

Martin Gardiner, a biophysicist explains this with greater clarity – “Both pitches in a musical scale and numbers increase from step to step from lower to higher. The representations are different, of course, but they require a similar way of understanding and using information.” 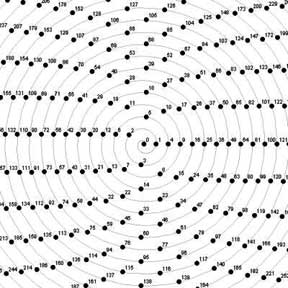 In three studies involving children, Rauscher found that learning music improved the spatial-temporal reasoning abilities of four – to six-year-olds. She looked for improvements in other areas like verbal abilities, memory and vocabulary but couldn’t find them; however she found that children who learn music score up to 35 per cent higher on spatial tasks.

Did we say music and math were strange bedfellows? But it turns out that they are more like close cousins after all! What if one went to a music school to study math and study music with a math teacher? Well all one can say is, play on, little Einsteins! 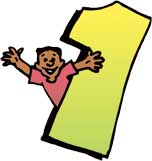 2520 is a peculiar number.
It is divisible by all numbers from 1 to 9.
Try it yourself. 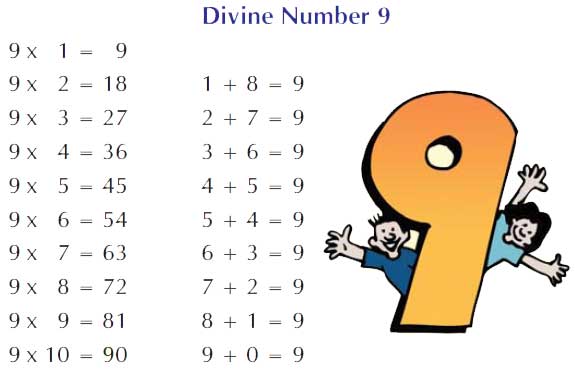 The author is a freelance writer based in Hyderabad. She can be reached at [email protected].