Imagine yourself traipsing down a red-carpeted road, deep in conversation with a friend about how surreal it is to be at the same party as Hanif Kureishi. You look up to see the very man not five metres from you. It’s with a breathless ‘Excuse me’ that you brush past him, and then turn around to watch his retreating back, still slightly dazed. Is this something from a book-crazed twenty year old’s dream? Not really.

The answer is the fifth annual Jaipur Literature Festival. Spanning, this year, five days of January (the 21 to the 25) the ‘fest’ saw writers flying into the Pink City from all corners of the globe. Audiences were treated to sessions with authors like Wole Soyinka and Alexander McCall Smith, as well as those less well known such as Veronique Tadjo and Esther Freud. Indian writing was well represented, with Amit Chaudhari, Arvind Krishna Mehrotra and Girish Karnad but a few of the speakers.

What was it like, as a literature student, to be walking about Diggi Palace, snagging free masala chai from the matkas placed under colourful awnings, migrating from the ‘Mughal Tent’ to the ‘Baithak’, from the ever-crowded ‘Darbar Hall’ to the sunny (but no less crowded) Front Lawns? To call it surreal, as I already have, is hardly to overstate the experience. One of the greatest things about the entire affair was the knowledge that these people, the very same whom we aspiring academics classify and sterilize in our classrooms and essays, are alive and real. You can touch them, stumble over their feet, even (if you are brave enough) go up and speak to them. What you would say is totally up to you of course- it can vary from a profound and thought provoking discussion about the Foucaldian theory of the power-knowledge nexus, to a simple ecstatic ‘I loved your book!’ Needles to say, the latter is the one more often heard. 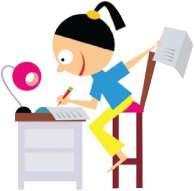 Of course, there’s the self satisfied smirk that arises when you consider your fellow guests. Socialites, most of them, dressed in their kitty party best, more interested in exchanging air kisses and compliments on weight loss than the talk unfolding before them. You congratulate yourself that though they are better dressed, you know more than they possibly could about Ali Sethi and William Dalrymple. It’s one of the tiny kicks to get out of an event where even the chai-wallahs look at you with disdain, a glint in their eyes telling you that the only reason you’re drinking their stuff is because it’s free.

But once the idolatrous stage is past, once the made-up aunties and the be-suited uncles have been shrugged off, what’s left? The question rose before me this year, while I watched Veronique Tadjo and Alain Mabankou grasp at English words to articulate their experience of writing about Africa in French. What hit me was not only the linguistic layers and complexity of the discussion, but also an idea put forth by the South African writer Nadine Gordimer in an interview. When asked why she does not accept invitations to speak at book fairs and public events, Gordimer replied: ‘It’s got nothing to do with writing…And you become something which the contemporary world is determined to make of us: you become a performer. It’s the writer as performer. Not the anonymous person behind the book you’ve written.’

When I read this interview while studying for my ambitiously dubbed ‘Contemporary World Literature’ paper, the import of the words escaped me. Sitting beneath a striped chiffon roof and listening to those two African writers however, brought them back with an energy and significance they had not previously possessed. The entire discussion took on the aspect of a performance, something staged by three people (there was a moderator as well), all three of whom were obviously more comfortable conversing in French, but had resorted to another language in order to make this foreign audience understand their predicament. There was something vaguely unsettling about the affair, an aura that did not exactly hamper my own interest in what the speakers said, but made me view it differently.

I realised that all those people there, right from the everyman’s writer Chetan Bhagat to the Nobel prize winner Soyinka have chosen to express themselves through the written word for a reason. To stick them on a stage and expect them to spout words of wisdom, to roll out parables and incidents to entertain you, is rather, well, sad. Some of them are lucky enough to possess a way with words both written and spoken, and enamour audiences with their wit and quick retorts. Others, though, are not masters of that happy talent. What’s the result? A writer who speaks snappily makes a killing in the sales, an equally talented one who stutters and stumbles, does not. That’s the only way I can explain to myself the large number of Amit Chaudhari and Anne Enright books I saw lying on the shelves. Geoff Dyer and Roddy Doyle though, were sold out right after the authors had concluded their sessions.

There’s something voyeuristic about these fests. We go there to watch writers speak and argue among themselves, hoping that they’ll reveal the secret, the magic ingredient that they diffused into their work that has elevated them to where they are today. How does someone communicate that, no matter how articulate or snazzily spoken they might be? How can someone, who has penned a novel, a poem, a play, an essay, explain their ‘method’ to someone who has not, or cannot? Why then, do they come, why do the listeners come? Is it all just a large socialite party, where you build connections and networks for future use? Is it just a promotional stint for those writers? The moment I started asking these questions, the chiffon awnings dulled and the writers looked unapproachable. I lost the nerve to go up to them for anything more than a cursorily scrawled autograph, because I felt it was wrong to expect them to be interested in a conversation with me. After all, what have I done to merit more than two minutes of Kureishi’s time? The answer: nothing.

Yet, I still hunger for that time, I want to hold a long conversation with these people, tell them what I like about their work, what I don’t like, why I picked up their books in the first place. The only way I can hope to engage with them as an equal is if I become a published writer myself, or a professional editor. Watching them for five days and knowing that I am not one of them has only refuelled the desire to pen something and somehow, someday, reach the heights that they have attained. That’s where the significance of the ‘litfest’ lies for me-not in the autographs I wrested or the authors I saw- but in the revitalizing of dreams that had lain dormant. It’s woke me up again, kicked my imagination into doing more than churn out assignments and academic papers. Hopefully this rush will last and translate itself into actual literary output. Otherwise, the ‘greatest literary show on earth’ will remain just that, a show, and I’ll always be a mere breathless spectator. And that, somehow, is not a very encouraging thought.

The author is studying English literature at St. Stephens College, New Delhi. She can be reached at [email protected].