O.K. is a word that all speakers of English use every day. Its use is not merely restricted to native speakers of English, even those who have only a smattering of the language employ it frequently. No matter which channel we turn to, be it an English one or a regional one, we hear this word being employed: perhaps by a character from one of the terrible soaps which infest the idiot box or from a sponsor who endorses these programmes.

Did you ever wonder where this word comes from? In its abbreviated form,the word consists of two letters, but the number of theories which have been proposed about the origin of the word is nearly three times as many. In this article, I will deal with only three of them.

One thing that most experts agree on is that ‘OK’ is American in origin. According to some scholars, it is the Native Americans, namely the members of the Chocktaw tribe, who gave us the word ‘okay’.

This tribe, which consisted of mostly farmers and fisherman, settled along the banks of the Mississippi river, in what is now the state of Alabama. Whenever problems arose among its members, they discussed the matter with the Chief of the tribe. When the Chief agreed with what someone was saying, he would nod his head and said ‘okay’ (or something that sounded like it) to mean ‘it is so’.

Other scholars are of the opinion that Obadiah Kelly, a clerk who worked for the railways, was responsible for coining the word. The story goes that whenever someone gave Kelly a package to be mailed, he put his initials (O.K.) on it. What it meant was that the package was good to go as it had been inspected and paid for.

Another explanation traces the word ‘O.K’ back to the U.S. Presidential elections that took place in the mid 19th century.

In 1840, Martin Van Buren ran for the White House as a Democrat. During his campaign, a group of Democrats who supported Van Buren founded an organization called the ‘Old Kinderhook Club’. The club was named after the place where Van Buren was born: Kinderhook is the name of a town in New York. During the elections, the club’s name was reduced to ‘O.K. Club’ and ‘OK’ became Van Buren’s slogan. Although the Democrats lost the election that year, they gave us a word which has become an integral part of the English language.

In January of this year, while writing about the words ‘hi’ and ‘bye’, I had argued that man is basically a lazy animal; whenever possible he attempts to take shortcuts. In the case of language too, he takes great delight in shortening or abbreviating words. The reduction of ‘Old Kinderhook Club’ to ‘O.K.’ is another such example. There are many such examples in the language, and in the remaining part of the article, I will deal with one more. It is a vehicle we don’t see on the roads very often these days. 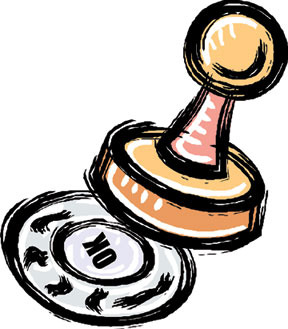 Once upon a time it was the preferred choice of both politicians and policemen. Come election time, politicians were seen riding in one; and in movies these vehicles, like the policemen in them, had to make a mandatory appearance in the final scene. Before the Scorpios and Qualises overran our country, the manly Jeep was the king of all it surveyed – it was the all-terrain-vehicle that people depended on. Have you ever wondered why the Jeep was given such an ugly name? Well, believe it or not, it is not the actual name of the unfortunate vehicle; in fact, the vehicle itself was never christened. It was never given a name. Then where did the name ‘Jeep’ come from? Patience, dear reader, patience. All good things will come to those who wait!

People have often said that the expression ‘Military intelligence’ is an oxymoron; we don’t really expect the military to be equipped with people who are noted for their intelligence. A case in point is the naming of the Jeep. This vehicle was an American invention; it was, in fact, a vehicle that the army had designed. Having produced it, they couldn’t come up with a name for it! Instead of calling it ‘Tiger’ or ‘Tarantula’, the intelligent men in the army decided to call it ‘General Purpose Vehicle’! It was quite a mouthful, and not everyone was willing to use the full form every time they said the name. After some time, people starting referring to it as ‘General Purpose’; a little later, it was abbreviated to …..you guessed it, ‘GP’. It is from this abbreviation that we get the name ‘Jeep’! If the original name of the Jeep had been ‘Practical Purpose Vehicle’, do you think we would have ended up calling it ‘Peepee’? Just a thought!