Raise your hand, if you think the movie Taare Zameen Par showed parents in poor light.

A lot has been said of Taare Zameen Par (TZP) and a lot of what has been said adds up to – children with Learning Disabilities are for real; they have to be identified as such and shown tender loving care. I want to pay special attention to the family members of the child-hero.

A friend’s mother came away from the film feeling bad about the mistakes she had made as a parent. I know of many other parents who came away from the movie with tears in their eyes. The more stoic ones carried a lump in their throats, but almost everyone burdened their hearts with at least a small dose of guilt. For reasons that cannot be discovered, this movie partly assumed and has partly been endowed with the mantle of a social campaign. Given the circumstances, I would urge us to think of some of the messages TZP sent out. 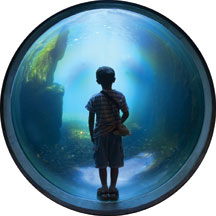 A common view of the film is that the parents are depicted as being insensitive. What struck me most, and possibly because of my experience of teaching in both segregated and inclusive schools, was that the teacher comes off as a hero. Though the problem identified in the course of the film is the education system, as the film progresses, it becomes apparent that the burden of being Ishaan’s adversaries is meant to be shouldered solely by his ‘driven’ parents.

What is subtle, and goes largely unnoticed, is that the education system produces parents who are oppressive to their children. Regarding the film more closely leads one to discover that it is always in the context of school, marks, test papers and class performance that Ishaan’s parents become aggressively competitive and appear oppressive. More recently, education structures in schools have become more aware of and have tried to incorporate parents’ participation in a child’s development. Such a move is founded on the need to dispense with artificial walls erected to keep the child-teacher relationship distinct from the child-parent one. By making Nikumbh Ishaan’s only saviour, the film surprisingly reinforces the popular myth that a teacher is responsible for every aspect of a child’s education and leaves the parents out of it.

Moving on to sibling relationships, I would like to train my lens on the scenes that slipped by, and didn’t really make a mark at first, on you, me or the reviewer. Consider the scene when Ishaan is finger painting with a drop of red paint and his brother, Yohan walks into the room. Yohan’s long drawn “Wow!” visibly thrills Ishaan and a smile lights his face. Several later moments show that Yohan’s appreciation of his little brother’s painting talent is consistent and encouraging. And consider every moment when his brother’s attention brings wide smiles to Ishaan’s face. Ishaan wakes Yohan up in the middle of the night to tell him he took off from school on a jaunt and Yohan’s wide-eyed response buoys his spirits. Yohan’s interaction with Ishaan gives us very little reason to believe that the latter is not included or loved at home. What I am suggesting is that our understanding of the term ‘inclusion’ as a special needs education concept is rather narrow because our knowledge of it is bound in a limited theoretical framework – one that is restricted to the sphere of school education.

As teachers we have the luxury of studying learning disabilities and developing appropriate skills and techniques to work with each child. Consequently, we are privy to knowledge that enables us to engage with children with different kinds of learning disabilities. It is our business to pre-empt every kind of classroom situation. Parents are not provided with manuals, they improvise. And as parents and family members, we do not study how to deal with each other and merely play it by ear. There is obviously an imbalance, one which has always existed under the surface. Our modes of living are constituted by this imbalance whether we like it or not. In my opinion, the film, rather than dispelling the imbalance, given the subject it was portraying, only embellished it. While reflecting on the movie, it is not uncommon to think that the teacher almost effortlessly, and as if he were naturally gifted, adapts teaching skills to Ishaan’s needs. Consider the conversations Nikumbh has with Ishaan’s parents. In the first conversation he directs them to learn more about Ishaan’s specific ‘problem’, dyslexia. The father comes to report that Ishaan’s mother has been involved in extensive research about the child’s condition. The father is pleased about this effort. Nikumbh is miffed, says that theoretical knowledge is not enough, they have to love Ishaan and let him know that he is loved. However, Nikumbh’s approach is clinical; he has a textbook he can go to. It is also clear through several instances in the film that this love is not absent from Ishaan’s life, though there is no overt acknowledgement of it by Nikumbh.

There is the danger when we think of inclusiveness as a business that schools should take care of. The take-home message herein: inclusion is a lesson learned at school, which must be practiced at home. And so we forget Yohan’s encouragement of his brother’s painting, his mother’s affectionate ways and his father’s gift of strawberries. In emphasising the role of the teacher in Ishaan’s life, the film erases or at best downplays the part of the parents. I worry that the film makes us forget the social nourishment Ishaan’s family tries to accord him.

We forget that families can make children inclusive in ways that classrooms cannot. And so we forget to remember that inclusion is first and always invariably available at home.

Shilpaa Anand is a doctoral candidate in Disability Studies at the University of Illinois, Chicago, USA. She can be reached at