The study of economics over the past century and a half has evolved into a framework that studies tradeoffs in a world where resources and technology are limited, relative to the consumption needs and desires of all individuals. A central theme has been how best society can resolve these tradeoffs, and whether, and to what extent, individuals maximizing their own utility can arrive at a socially optimal resolution through the use of markets. 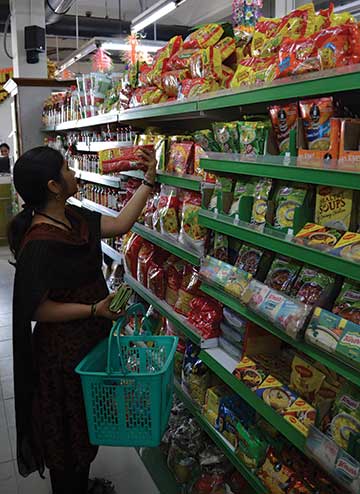 As a first perspective, studying consumers provides a natural setting in which to introduce the study of tradeoffs. The basic consumer model provides a unifying framework to think about a consumer’s tradeoffs between goods to consume in the present, between consumption now and in the future, and in determining a consumption plan in an uncertain world. On the other hand, there is accumulating evidence that as consumers, we depart from the predictions of the above model in systematic and interesting ways. I feel it’s good to introduce students to some of the material that falls under this second perspective as well.

Let me lay out some of the specific content of these two perspectives that can be used to prepare discussions and case studies in the classroom.

(i) The utility maximizing consumer
Hicks and Samuelson developed this model in the 1930s (building on basic ideas probably traceable to Jevons); in a field that uses the languages of mathematics and statistics, surely the indifference curve diagram and its uses ought to be part of high school economics by now, if it isn’t already? Excellent diagrammatic and mathematical expositions are available from which teachers could distil material to make it comprehensible to high school students (e.g. (4), (6)); so I would like to put forward instead an informal take on the underlying consumer tradeoffs.

Applications of the model
Applications of the model usually depend on an analysis of how a consumer’s optimal demands change as a response to changes in prices or income.
a) A leading application of course is the law of demand, using the machinery of substitution and income effects. Apart from such important textbook applications, small pieces of a variety of issues and debates can be interpreted using this model.

b) For example, Engel’s Law is the empirically observed regularity that as people become wealthier, the proportion of their budget spent on food (or basic food) declines. How has this panned out in India? Consumption data from the National Sample Surveys suggest that as households are becoming less poor, the proportion of their budget spent on basic cereals is indeed slowly declining, and they are diversifying their diets, adding proteins and fats from various sources. However, due to procurement policies being biased in favour of cereals, and other factors, cultivation of pulses, etc., has lagged, and their prices have increased over time, relative to cereals. These price increases have dampened the substitution of basic cereals for diverse foods, and so slowed down increases in nutritional well-being. In the standard consumer model, this is a story of consumer responses to a mix of income increases and relative price changes (that is responses to shifts as well as swivels of the budget line).

c) As countries have grown economically, real wages have grown manifold. How has this affected the average number of hours that people work? It is interesting to ask this question in the consumer model with, say two goods: leisure (whose price is the real wage, its opportunity cost), and a generic, ‘other’ good. Thus a wage increase makes leisure more expensive, leading people to reduce leisure and increase work hours (substitution effect); on the other hand, it also increases income, leading people to increase leisure via the income effect. The net effect can go in either direction. One can juxtapose this against a variety of case studies, for instance: average work hours in continental Europe versus the US; the effect of wage increases on labour force participation of women historically, starting from times when a large percentage of women did unpaid work at home; the effect of tax increases or decreases on labour supply and economic growth.

d) This same model is used as is, in thinking about a consumer’s saving behaviour; in the simplest case, using the same indifference curve diagram (called a Fisher diagram, in this application), evaluating tradeoffs between levels of consumption of a generic good today against consumption in the next period. Discussions of many issues can be interpreted partly using this diagram and its framework, for instance: what determined the high personal saving rates in the miracle economies of Asia; what may explain the steep drop in US personal saving rates over the last four decades; how does saving respond to moderations or exacerbations of uncertainty over the business cycle. Discussions of these issues can be informed by using the Fisher diagram to study the effect on saving of a variety of factors: for example, interest rate changes, changes in future expected incomes on optimal saving, the role of a consumer’s patience, and her life cycle and demographics.

e) The same model can be applied to study a consumer’s risk aversion and demand for insurance when the future is uncertain. In the interests of space, let me skip a detailed discussion; see Further Reading (1). 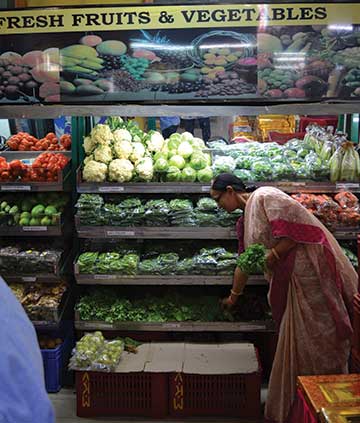 (ii) Evidence of a behavioural consumer
While the standard consumer model has given us a lot of insights, evidence, especially from lab and field experiments, consumers may not be ‘fully rational’ as in the model; instead, they may be ‘behavioural’. Let me outline some evidence in selected directions. Obviously, there are implications for public policy, for firms selling to behavioural consumers, and for consumers themselves, on whether and how they may wish to improve their decision-making. I skip all of that (but see (2), a general reference on behavioural economics).

Salience
All inputs into making choices are not equally salient. Examples:
a) It has been found that including the sales tax on price tags at shops reduces demand. The implication being that when prices are quoted without the sales tax, consumers underestimate the full price (the sales tax is less salient than the pre-tax price) and demand more than they otherwise would (see (3)).

b) In supermarkets, the same brand with the same price is more likely to be sold if it is displayed at eye-level than otherwise.

c) You go to a shop and choose a Rs. 10 aerated drink over a Rs. 20 iced tea; you prefer the latter drink but don’t think it’s worth twice the price. But at the airport, you find the cold drink costs Rs. 50 and the iced tea costs Rs. 60; now you choose the latter. At the shop, the price difference is salient; at the airport, with the high markup on prices, the price difference is not salient, your preference is for iced tea (see (4)).

Self-control, procrastination, inconsistent choices over time
It’s lunch time, and I ask you to give me your choices on two offers:

A lot of people prefer (A) in Offer 1, but (B) in Offer 2. That is, they seem to strongly prefer immediate consumption to consumption in the near future; but for choices in the distant future, they don’t discount future consumption heavily.

The problem with this kind of preference is that, 20 days from now, if Offer 2 still stands, you will change your choice and choose (A) instead. But such ‘time-inconsistent’ preferences have the potential to explain a variety of consumer choices. Here are a couple of examples:

Low saving rates: According to some economists, such time-inconsistent preferences explain low saving rates in several countries such as the US, People prefer strongly to consume now than in the immediate future; but they do plan to have more balanced choices, with higher saving, in the medium term. The problem is again that when the medium term arrives, their strong preferences for immediate consumption swamp their earlier plan to save more. 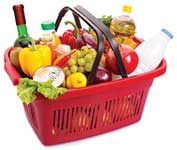 How do people and societies deal with the possibly suboptimal choices of behavioural consumers? Let me conclude by mentioning just one tactic. It appears that changing the default option can be very effective. For example, low savers who are put on a default option that automatically puts a larger part of their earning into a bank saving plan than they are used to saving, tend not to change this default option: as a result, they end up being much better at saving more than others who are not on this default option.

Conclusion
The standard consumer model and its applications represent a matured area and provide a unifying framework to think about a variety of consumer choices. Pick economics-related news items from the newspapers, from other magazines, and it is likely one will be able to provide some interesting perspectives, even a unified perspective using this model. On the other hand, the behavioural field is recent, and one needs to pick and choose a few examples or topics, partly based on one’s tastes, and partly on what one thinks is good pedagogy.

The author is on the economics faculty at the Delhi School of Economics. While he teaches postgraduate courses there, he has taught introductory, undergraduate economics courses a few times in the past and feels they offer higher marginal utility to students than narrowly focused advanced courses. In recent times, his research has included work on grain markets, experiments, behavioural economics, and industrial organization. He can be reached at [email protected].