Some time ago a 16-year-old boy, Naresh, asked me whether there was any competition in girls cricket. I couldn’t help but laugh when he asked me….

Women’s cricket may have made progress in terms of facilities and exposure, but the number of players remains the same. In state teams, you find 25 girls fighting for 15 spots. On the other hand, in boys’ teams, almost 200 boys fight it out for a place in the selected 15. 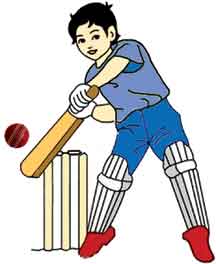 Like I told Naresh, in comparison to men’s cricket, women’s cricket is far behind, not in terms of facilities, but in terms of competition. Boys start playing cricket in school, when they are 10 or 11, whereas girls have no such opportunity. The boys have many more categories to play in as well – under 12, under 14, under 16, under 19, under 22, and Ranji. The girls have two categories – under 19 and seniors (open category). Not only that, boys also have the opportunity to play just for fun. They have inter-school matches, inter-college matches, corporate, and even club matches. In women’s cricket, you only get a chance to play if you’re ‘good enough’ to play for the state.

If the officials want women’s cricket to make progress and expand, then it’s important that young girls too get the chance to play at an early age. It’s not as if the girls are not interested. They are! In fact, I tried to start a girls’ cricket team in one of the schools I went to. I spoke to the principal and he agreed almost immediately, but he said that the girls would need a different coach from the boys and that I would have to take care of that! It didn’t make much sense really, but I went ahead anyway and made announcements, took down names and found that more than 150 girls (across classes VI to XII) were extremely interested to play. Before I could make any more progress, I passed out of school and never went back to talk to the principal.

What I’m trying to say is that for the game to spread and become more popular among the girls, it’s important that they’re given a chance to play in school. That way the competition will grow, which will lead to an increase in standards as well. Everyone benefits! The reason why the Indian men’s cricket team has been so successful in the past two years is because there has been a lot of healthy competition within the team. People are being challenged for their places and there is someone waiting in the wings ready to replace you. Women’s cricket can reach such heights only if the game spreads at the grassroot level and more girls are encouraged to play.

Another luxury that men have over women is that they have the chance to play ‘just for fun’ – club and corporate matches. Even when they’re old and round and just want to play for the sake of playing, they have opportunities to do so, whereas women don’t. Once you stop playing competitive cricket, it usually signals the end of your playing career, which is unfair. One of my former teammates, who is now a journalist, wants to start playing just for fun. After a couple of discussions, we realized that she’ll never really be able to play any matches unless she joins the state camps and plays practice matches.

Very often, before practice we see a group of old, round men playing matches and having a whale of a time in the Gymkhana cricket ground in Hyderabad. Never have I seen a group of women playing for the simple reason that they want to play.

Yes, women’s cricket in India is growing, but there’s still a long way to go. We need more opportunities to go out there and prove that we can play too. Hopefully, it’s just a matter of time…

The author is doing her final year BA from St. Francis College for Women, Hyderabad.