By nature education is equitable, and hence when we say education, we are actually referring to equitable education and also quality education. When we talk about expanding the reach of education (increasing quantity), we simultaneously imply education of a kind which is equitable as well as education which has quality. Eminent educationist late J P Naik explained the quantity, quality and equity relationships in education in the form of ‘the elusive triangle of Indian education’. All three are very important and closely related and, in our system, all three are also severely starved of financial resources. 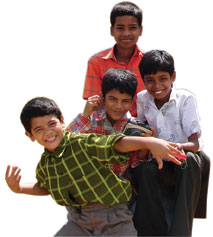 Public financing of education assumes special significance for a variety of reasons. Why should the State finance education? The state is a major provider and funder of education everywhere. Education is recognised as a public good as well as a merit good. These two very basic characteristics suggest that the state has the responsibility to provide it to all, freely and compulsorily. All acts and legislations on free and compulsory education are drawn from this aspect that education is a public as well as merit good, which produces a huge set of externalities from several aspects – equity being one of them – produced automatically by a good education system and that markets do not work satisfactorily in case of education.

Education is recognised as a basic need and we have recognised it as a ‘minimum need’ in India. This implies that it should be made available to all. More than being a basic need, education is a human right as stated by the United Nations in 1948, and more importantly, a fundamental right.

Education and development relationships are well known in terms of education’s contribution to social, economic, cultural, political and other aspects of life. Moreover, according to the human development theories, education is recognised not only as a means, but also as an end in itself. Amartya Sen, noted economist, has gone into it in great detail by framing education in terms of human capability. He has extended the role of education as one constituting development as well as one contributing to development.

Further, traditional debates in economics refer to the equity-efficiency quandary; some goods and services are efficient but not equitable and others are equitable, but not efficient. Few are both efficient and equitable. Education is recognised as one of those few, which is equitable and efficient at the same time; it improves equity but also at the same time is efficient in the terms of improving the levels of living of people. For Sen, the concept of efficiency or quality of education should necessarily include equity. If a school is described as excellent in terms of quality but its doors are closed to poor people, for instance, then there is something wrong with the concept of excellence or quality.

Finally, social pressures must be built so that government feels that there is no choice but to spend and provide good quality education for all. Once the imperativeness is realised, the government will then find the resources to do it. Finally, I would like to end by quoting Amartya Sen in this context: “To say that India does not have the money for education (and health care) is absolute, utter, unmitigated nonsense.”

Extracted from an address delivered at the National Learning Conference organised by the Azim Premji Foundation in collaboration with the Ministry of Human Resource Development in Bangalore in May 2007.
The writer is Professor, Educational Finance and Educational Policy, National University of Educational Planning and Administration (NUEPA). He can be reached at [email protected].