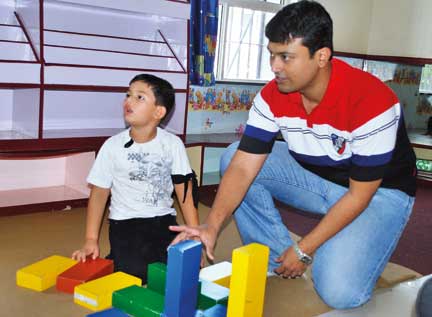 Many parents don’t realize the importance of active participation in their children’s education. Some see their main role as “providers” – their primary responsibility being to ensure that their children have a roof over their heads, to put food on the table and to see their kids are enrolled in a good school. However, some parents seem baffled when, after taking care to provide for the essentials, their children return from school with report cards that indicate poor academic performance, and worse, poor behaviour.

Often, the immediate reaction is to blame the teacher or school for being negligent, as parents don’t want to feel that their laborious efforts are inadequate. After all, if they are paying tuition (either directly through fees or indirectly through taxes), shouldn’t it be the school’s responsibility to ensure that their children learn properly? However, when parents confront teachers with the problem, the teachers typically shrug off the blame, pointing out that other children in the class are doing fine. 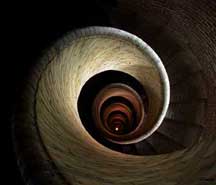 The downward spiral
Here’s where the problem arises: when the parents and teachers deflect the blame, fingers then point to the student as the culprit. Accusations fly, “She must be lazy,” or “Maybe she has a learning disability.” In a desperate attempt to remedy the problem, parents try externally motivating steps such as instituting punishments or offering their children bribes for good marks and behaviour. The downward spiral begins.

It is true that students have a significant role to play in their own learning process. After all, they are the ones who have to “do” it. However, there is a growing body of evidence that indicates that external motivators don’t work, and that children’s success in learning and behaviour is strongly linked to the involvement of their parents. And by involvement, I do not mean an emotionally charged concern twice or thrice a year at the time of test results and report cards. What I mean is a small amount of consistent participation throughout the year.

What parents can do
Parents’ involvement in their children’s education can include:

There are also some parents who realize they must play a greater role in their children’s lives, however, due to certain circumstances (e.g., single parents or parents who work late), they are unable to do so. My response is that these activities do not necessarily take a lot of time. In fact, they could take as little as 15-20 minutes per day, although they do require commitment and regular, conscious attention.

A personal experience
Let me share an example with you: A father recently came to me regarding his son who was performing poorly in school and whose teachers reported he was constantly disrupting the other students in his class. Full of anger, he unleashed a flurry of attacks on the school and his son’s teachers claiming they weren’t teaching properly. I heard him out fully. Then, I asked about his role in his son’s education – was anyone checking on him regularly at home to monitor him or to participate in his learning process? His tone changed almost instantly, as he apologetically admitted that his wife didn’t take any interest in her son’s studies, and that he himself came home too late from work to check. I then convinced him to get home a little earlier every day, and to spend just 15 minutes with his son each night to check his homework diary and at least take a cursory look at the homework. The result: In just two months, his son’s academic performance improved by as much as 30% in some subjects, and his behaviour problems virtually came to an end.

(Note: I can clearly see how this small change in parental involvement caused an immediate effect, however, the father will need to keep up this effort continuously if he wants to see the results maintained.)

The upward spiral
When children see that their parents or other family members take active interest in their education, they feel motivated – they internalize the values they will need in order to become mature, successful individuals. In the short term, their academic skills and behaviour improve. They also learn that their parents, no matter how busy, are prepared to make sacrifices – financial or otherwise – for their child’s benefit. As a result, when they become parents, they’ll likely support their children in the same manner.