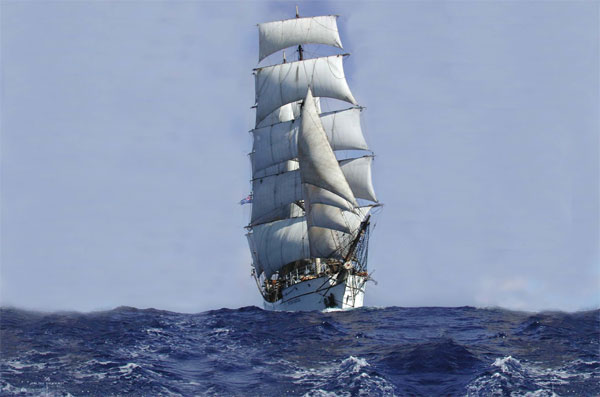 In last month’s column, we explored the origin of certain surnames. We learnt that an individual’s surname was often determined by the profession he was in, and sometimes by the neighbourhood he was living in. It was not an uncommon practice among people to give a person a name based on his physical characteristics. Take for example, the surname ‘Kennedy’. Whenever this name is mentioned, we think of the Kennedys of Boston, the good looking men and women known for their charm, wit, and style. This surname comes from the Old Irish ‘cinneide’ meaning ‘ugly head’. So the original Kennedy was someone who had an ugly-shaped head! Perhaps we should take a closer a look at the heads of all the members of the Kennedy clan and see if this is true.

In this month’s column, I’ll talk about the origin of certain well-known place names. Since in the past, most explorations were privately funded by well-to-do individuals, it shouldn’t come as a surprise that many places were in fact named after people: mostly Kings and Queens. The state of Virginia in the United States, for example, is named in honour of the ‘Virgin’ Queen, Elizabeth. Similarly, the states of Georgia and Louisiana are named in honour of King George II of England, and King Louis XIV of France respectively. Maryland gets its name from Queen Mary, wife of Charles I, and the state of Washington from the father of the new nation, George Washington.

It was also common practice among explorers to christen newly discovered territories after well-known places that they themselves were familiar with. Take for example, the oil rich country of Venezuela. When the early European explorers saw this place for the first time, they were amazed to see that most of the local population had made use of bamboo stilts to build their houses along rivers and lakes. This reminded the explorers of the ‘City of Water’ in Europe – Venice, and proceeded to call the newly discovered land ‘Venezuela’, meaning ‘little Venice’. This trend among people to name towns, cities and states after places they were familiar with continued for several hundred years. The states of New York and New Hampshire, for example, were named in honour of the counties of York and Hampshire in England.

Sometimes, the name that was given to a place had nothing to do with the people living there; it had more to do with the type of animals that the place was inhabited by. Take for example, the Canary Islands. When we hear the name of this group of islands, we immediately think of the canary bird: the small, yellow bird well-known for its ability to sing. So, were the group of islands named after a small bird? Although canaries are plentiful in the Canary Islands, the islands are not named in honour of the yellow bird. These islands, in fact, are named after man’s best friend, the dog! Several hundred years ago, the ancient Romans referred to the Canary Islands as ‘Insula Canaria’, meaning ‘island of dogs’. It is from the Latin ‘canaria’ that we get the modern ‘canine’, meaning ‘dog’. The Romans gave the islands this particular name because they were heavily populated by wild dogs. Perhaps what is even more interesting is that the people who lived on these islands, worshipped the animals: they were seen as being divine, and whenever an animal died, it was mummified. Unfortunately, the poor canary bird wasn’t set on the same pedestal as the dog; instead of having a group of islands being named after it, the bird was named after the animal that populated the island – the dog! Canary literally means ‘dog’.

Whenever someone discovered a new continent or land, he wrote or spoke eloquently about the place because he wanted people to come and settle down there. No matter how dangerous or uninhabitable the place was, the explorer went into rhapsodies about it. To entice potential settlers to come there, he would often give it a name which made it appealing. In the 12th century, for example, when Erik the Red was banished from Iceland, he and his crew set sail west, and soon landed on an island which was mostly made of ice. According to Icelandic folklore, all that Erik saw was large expanses of land covered in snow and sheets of white ice. Erik however decided to make it appealing to potential settlers by giving an alluring name – he called the frozen tundra ‘Greenland’. Some scientists feel that it was quite possible that Erik the Red was speaking the truth: that the climatic conditions in Greenland during the 12th century was such that some parts of the island must have been green.

In case you are wondering if I have forgotten about the Swan of Avon, let me assure you I have not. Just as people were named after the things they made: Archer: bow, Fletcher: arrows, Spooner: spoons, etc. – the names of people were often determined by the weapons they carried. The name Shakespeare literally means someone who carried a spear; he was a spearman. ‘Shake’ in Old English meant to ‘brandish’. Surames with ‘shake’ were quite common during the bard’s time. We had names like ‘Shakelance’ (someone who carried lance or spear) and ‘Shakeshaft’ (someone who carried a shaft). There is no story of the bard having been good with a spear; perhaps in the bard’s case, the name Shakespeare is a misnomer. The only weapon that the dramatist brandished with any conviction was the pen. Perhaps we should rename him ‘Shakepen’. ‘Shakequill’?