A recent report in ‘The Gazette’ that is published from Colorado Springs, USA, states that many students understand what is being taught to them, but have trouble copying material from the blackboard or a book.

According to the report, a student David, from the Palmer High School, was “twice-exceptional – a term educators use to describe students who are both gifted and challenged enough to qualify for an individualised educational plan.”

In our country we have a long way to go in this area. We must first understand that gifted children think in a different way. We have to move in this direction and collaborate with the government when it comes to education and learning differences. This is an issue that affects more than just a few students. It is hard for such ‘twice-exceptional’ children to sit in class knowing that they can do the work but not being able to write as well as they can think.

Beth Busby, a twice-exceptional consultant in Colorado Springs School District says, ‘If students are not identified as having learning and writing issues, it can lead to hours of wasted education.” Many intelligent youngsters know how they learn best; but they are unable to put them on paper in an effective way.

The twice-exceptional
The twice-exceptional children are a unique population, differing markedly from their age groups in abilities, talent, interests and psychological maturity. They normally conceal their ‘talents’ in standardised surroundings. The resultant waste in human terms and national resources is tragic. The relatively few such students who have had the advantage of shining in society come from affluent families where their potential is noticed and parents are able to channelise their efforts in various fields. Such children who had had the advantage show remarkable improvements in self-understanding and in the ability to relate to others, as well as in improved academic, creative and unique extra activities other than academics. 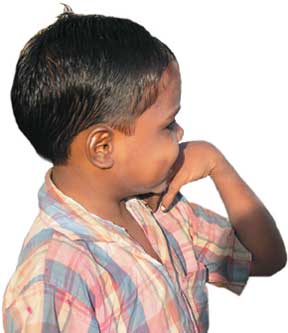 In India, educationists are not advocating an easier curriculum. They are only saying that there may be times when a teacher has to explain a particular concept to a particular student in a different way. It will be difficult for teachers to do this on a regular basis in a typical Indian classroom, but it will give them satisfaction if they try and succeed.

Identifying the twice-exceptional is not easy. Many such children mask their abilities in order to adapt to the group they are in.

Parental intervention
Parents, especially in our country, are so preoccupied in sermonising to the younger generation that they hardly recognise their children’s worth as individuals. They should understand that their children are individuals in their own right and that they cannot force them into their way of thinking. Many schools are so over-crowded and understaffed that most of the times the teachers are struggling just to man the classrooms instead of working towards creating stimulating environments. Evidence indicates that government-run schools have the extra burden of supervising the ‘free-meal’ programmes meant for children that they hardly have any time on their hands to kindle creativity. Environmental deprivation has its most adverse effect on the scholastic aptitude even of the brightest children.

The Western experience
Many countries in the west have elite secondary schools where ‘gifted’ children get selected after undergoing specific tests as they go through the school to the University.

In Sweden where this process has advanced the farthest, schools wait until the students enter the 7th, 8th and 9th grades and later direct them to appropriate streams towards University Education.

In France, students are differentiated by the type of course and they are selected for university courses even when they are in school.

In Russia until 1987 all children went to a neighbourhood school, but they had special arrangements for the ‘twice-exceptional’ students. Recruitment in Russia was by competitive examination where Mathematics and Physics were the deciding subjects.

Brain development
Joseph Chilton Pearce, an authority on the brain development of children says, “Intelligence can only grow by moving from that which is known into that which is not yet known; from predictable into the unpredictable. If a child is not allowed to discover for herself what the world around her is like, she is not likely to develop her intelligence to its utmost. Intellectual growth is a biological process, taking place below awareness as non-consciously as the growth of hair or teeth. Our conscious awareness is the end product of biological functions. The infant learns from every interaction, and all future learning is based on the absorption of these early automatic body-brain patterns. This primary sensory organisation and response takes precedence over all future learning.” 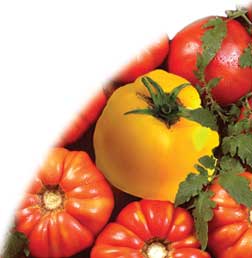 If adults around her dominate her life and direct her every move, a shallow dimensional world view based only on adult-dictatorship will take shape in the child’s mind. The ability and curiosity to interact with the unknown and the unpredictable is snatched away and anxiety predominates. Thus, parents are the first concrete outside influence who stunt the intelligence of a child in her quest for exploration.

The conclusions are that there is a strong tendency for children to fulfill early promise and their performance in later years reflects this. Remember, intelligent young minds need stimulation and excitement. Don’t crush the urge to explore, experiment, examine, and probe.

The author has been in the field of education for the last 25 years and has published articles on education and children. She can be reached at [email protected].