Geography as a subject entails the study of the Earth as the home of man; hence a framework of geographical knowledge is indispensable in the conduct of human affairs. Professor K. Mason from Oxford once said, “Many of our present-day troubles can be traced to the neglect of the teaching of geography.” A geographer can make a definite contribution to numerous modern problems. Teaching geography through current events and practical examples will help students understand geography, society, and culture better. 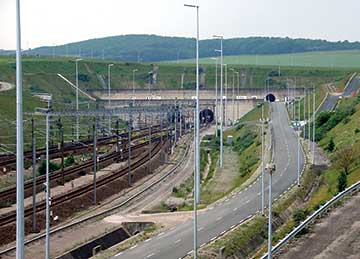 I am sharing with you a few examples of how I used current affairs to teach geographical concepts. I hope that this account will inspire you to try this teaching method in your own classrooms. Remember to read the newspaper every morning and don’t forget to browse the Internet for videos and photos.

Example 1: Students think of an earthquake as a natural phenomenon. When an earthquake strikes some part of the world even a cursory discussion about it in class will lead to the realization that earthquakes occur far more frequently than we think. More often than not, these discussions create a curiosity to learn more about the topic.

Warm up activity: When you are teaching your students about earthquakes get them to find out every day if there has been an earthquake reported in any part of the world. You/they can use the following link to find out. http://earthquake-report.com

I am sure your students will be surprised at the frequency with which earthquakes occur and how low intensity earthquakes can escape one’s attention.

Collecting and organizing information: In order to reinforce their knowledge of the subject get your students to do a match-the-following type of exercise after listing out the 10 most intense earthquakes in the last three decades along with any one geographical factor highlighted by that event. A group of students can also try making a crossword using the geographical factors as clues.

A quiz: Another group can study the common terms used in earthquake parlance to understand the nature of an earthquake. http://earthquake-report.com/category/earthquake-linked-subjects/earthquake-preparedness/

Empathy: Students who have been through an earthquake can narrate and share their earthquake experiences.

Map work: To study the locations of earthquakes worldwide, on a world map the latitude and longitude given in the earthquake report of a few chosen earthquakes can be marked. Use different colours to differentiate each event. Conclusions can then be drawn to find out if they coincide with the unstable zones of frequent seismic activity. http://earthquake-report.com/2014/03/16/very-strong-earthquake-iquique-chile-on-march-16-2014/

Learning outcome: What are the consequences of an earthquake? How is each earthquake different from the other in the extent of damage caused? For example, in the coastal region, in the city, in a desert, in the polar region, in the mountains?
http://earthquake-report.com/nepal-sikkim-himalaya-1809/
http://earthquake-report.com/christchurch-2011/
http://pubs.usgs.gov/fs/2014/3018//
http://fuhsienris.blogspot.in/2007/12/afghanistan-earthquake-may-30-1998.html
http://abcnews.go.com/topics/news/disasters/earthquake-indonesia.htm

Example 2: Humans have constantly strived to bridge continents and invent newer and newer modes of transport to enable man to overcome the limitations of nature. The most recent addition to rapid mass transport is called the Silk Road Railways, which links Asia and Europe. The Marmaray tunnel under the Bhosporous channel is used by two million people every day. What has made it a marvel is its proximity to a seismic zone. http://www.thehindu.com/news/international/world/turkeys-underwater-rail-link-opened-to-connect-asia-to-europe/article5286423.ece

The above news item can be read out in class to inspire students to learn more about not only geography but also travel, tourism, and technology.

Many geographic concepts can be identified from this news item. For example: a)A nation at the crossroads of progress with trans-continental links and influences, b)civil society’s opinion on national projects in comparison with governmental authority, c) cross country cooperation and technology transfer, d) national pride in preserving the immersed treasures and e) pride in fulfilling aspirations and dreams of a historical past.

According to the Turks, the Marmaray tunnel connects not only two continents but also connects history with the future. http://edition.cnn.com/2013/10/29/business/marmaray-tunnel-turkey-john-defterios/

Collecting and organizing information: ‘The Channel Tunnel is a 31.4 mile long undersea tunnel that reaches 250 feet below sea level at its lowest point. It has the longest portion of a tunnel undersea in the world’. Read the following link for more on this. http://www.softschools.com/facts/wonders_of_the_world/channel_tunnel_facts/99/

Comparison from a geographical perspective: It would be interesting to compare and contrast the channel tunnel or Chunnel with the Japanese undersea marvel, the Seikan Tunnel. This tunnel goes deeper to as far as 790 feet below sea, running 100 meters below the sea bed. http://web-japan.org/atlas/architecture/arc02.html

Example 3: Socio-cultural variations among races
Newspapers and media report several incidents impacting foreign nationals, mostly from Africa. Exposing students to socio-cultural variations among races will enhance their day-to-day interactions with people who are different from them. This activity will help students gain a better understanding and appreciation of African culture and will help wipe out stereotyping and discrimination from their minds. Often people club all of Africa together, missing the point that it is a continent with a diversity of cultures and many different countries.

This example is suited for high school and higher secondary students. It illustrates ways to increase knowledge and understanding of foreign places, people, and culture.

Teachers are always keen to innovate and make learning and teaching enjoyable in the classroom. The above examples provide an easy and effective tool for teachers to try out a different approach. Discussion of selected news articles from current events can complement students’ interest in academics.

The author has been a teacher of geography in Indian schools in Kuwait and Baharain. She has also taught at Chinmaya International Residential School, Coimbatore. Currently she is a very active member in the Association of Geography Teachers of India (www.agti.in), an organization formed to further geographical knowledge and work as a support system for teachers of geography. She can be reached at [email protected].