In my four months and a few weeks of being in the US, a period marked by discovery and heightened cultural consciousness, I’ve amused quite a few Americans in the process. My unwitting remarks have produced giggles and laughter making me reasonably popular with fellow grad students and faculty members alike. I suppose then, being Indian is a curious thing, in a place where fascination with the exotic is some kind of a preoccupation. 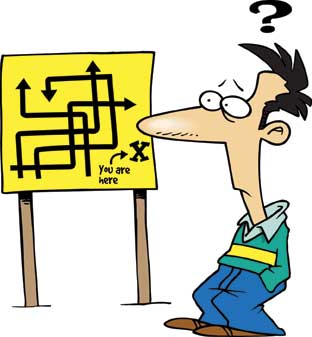 During the initial months of my American life, I was much like a FOB, a syndrome common to most fresh arrivals in this country. ‘Fresh off the boat’, is what one is called when they order a burger whose description on the menu is not specified, and presume it may be vegetarian. A burger by definition has beef, a fact I learnt by biting into the chunky piece of a poor cow. A bovine tragedy then! Or when one uses their special Indian lexicon to ask for ear buds at a pharmacy and given a blank look in return, only to discover later that it is cotton swabs or cue tips that relieve the itching American ear.

If you ever want to travel to Yosemite National park, make sure you get the pronunciation right before expressing such a desire. My enthusiasm at wanting to go to Yosemite – Yo as in the aw sound in awful, se as in the word seclude, mite as in the word might – was dismissed with laughter by my roommate. Yo-sai-mitty is one of those tricky words like epitome, where you pronounce the se as the word say, and mite as mitty. While my roommate narrated the story with a peculiar pleasure of the ‘white man’s burden’ to other fellow students, I was trying to recall the Know your English column in the Hindu.

And while we are on the subject of being Indian and speaking English, how can I not mention the classic question I am often asked by not-so-unenlightened souls? How do you speak such good English Sir? Or your English is flawless (picture a hopelessly incredulous American face here). The question comes from unpredictable quarters, when you least expect it. Or sometimes in a more supposedly complimentary tone, you sound like you’re from just around the corner. Often, the accent evokes interest too. And the few occasions I am not immediately understood, I apologise for the thickness of my regional dialect. Of course, the irony in my apology is lost briefly when the response is a smile followed by, oh it’s okay! Perhaps, my sardonic apology is unfair at some level. For the need to understand better thrives on such moments of confusion and uncertainty. But I just like things with a humorous twist.

So I am the curious Indian in a land which I now call my home-in-transit, for lack of a better description. I have acquired a bit of an accent, willy-nilly, in my bid to adapt subconsciously, or perhaps to avoid embarrassment at not being understood. I proactively avoid eating burgers, not for any religious reasons, but because I don’t find the meat’s texture very pleasant. My American life still resonates with snatches of my Indian past, reminding me of the cultural absurdity that I feel I’ve become!