A red letter day in the annals of cinema for the ardent Indian movie buff, February 23, 2009. It is not often that the Academy of Motion Pictures in the US rolls out the red carpet for a film that has all the ingredients of a feel-good Bollywood masala, and then proceeds to honour two Indians, who worked behind the scenes, with an Oscar. For the party animals amongst us, this wonderful achievement calls for a celebration: time to break open champagne bottles, and paint the town red. 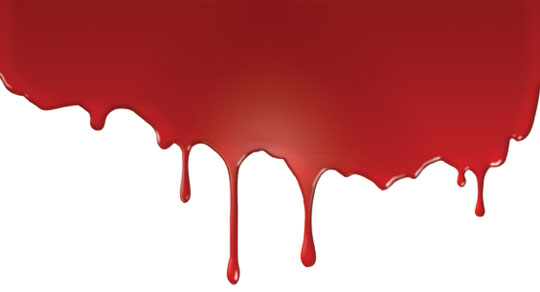 Red letter day, roll out the red carpet, paint the town red: all idioms with the splash of colour. Leafing through the index of an idiom dictionary, one finds English has a generous sprinkling of everyday expressions in which ‘red’ figures. In addition to the three included in the first paragraph, the following are a few (red) idioms that we encounter daily: red tape, see red, in the red, turn red, red herring, and red eye. If you are wondering whether English is secretly leaning to the Left, then let me assure that it is not! As far as idioms are concerned, the English language is a prism; it makes use of all the colours of the rainbow.

Colours have become an integral part of our everyday language. One may ask if there are reasons, logical or otherwise, why a particular colour was chosen over another in certain expressions. Today’s column will deal with the origin of four very different idioms; the only thing common among them is that they are members of what I would call the ‘red’ brigade. Let us begin with ‘red letter day’. As you are probably aware, special or important days are frequently referred to as red letter days. Is the rising or setting sun redder than usual on these special days? Given the fact that we are talking about red ‘letter’ and not red ‘sun’ days, it is perhaps a rather silly question. Is it possible there is a letter of the alphabet that is redder than others? Before you turn red in anger and send this magazine flying across the room, here’s something for you to chew on: the ‘red letter’ has nothing to do with letters at all. In fact, it has more to do with numbers; dates, to be more precise. Calendars in Medieval Europe weren’t as colourful or as fancy as they are now. The dates were highlighted making use of black and red ink. Ordinary days were marked in black ink, and days which had a religious significance–saint’s day, church festival, etc.- were written in red ink. The term ‘red letter day’ was originally used to refer to a holy day. With the passage of time, however, the idiom lost its religious significance; it began to mean ‘a special day’. Nowadays, when we see a date marked in red ink, we rejoice: we know it is a holiday. By the way, the word ‘holiday’ is derived from ‘holy day’!

The use of different coloured inks, and this time by accountants, gave rise to another expression: ‘to be in the red’. When a businessman announces that he is in the red, he is informing the world that he is in debt. When it came to maintaining accounts, bookkeepers in the past, made use of two different coloured inks – red and black. When money was credited into an account, a black ink pen was employed to make an entry in the ledger. When money was taken out or debited, the figures were written in red ink. If the amount withdrawn was more than the amount credited, you were literally in the red!

People are seldom going to ‘roll out the red carpet’ for you or give you the ‘red carpet treatment’, if you are in the red! When you are given the red carpet treatment, you are given very special treatment: you are, in fact, treated like royalty. In the old days when the King and Queen stepped out of the palace, it was common practice for a red carpet to be spread out for them to walk on. According to some scholars, this practice of using a red carpet was started in India by the Moguls. Nowadays, such coloured carpets are rolled out for everyone: Heads of State, actors, sportsmen, etc. There was a time when it was thought that walking on the red carpet was “fit only for the feet of gods”.

There comes an occasion in every individual’s life when he feels like letting his hair down and enjoying himself. When he is in such a mood, he may decide to go out and paint the town red. The expression is normally used to mean to spend an enjoyable evening, usually drinking. Several interpretations have been put forward by scholars about the origin of this idiom. Some believe that it was the Romans who began the tradition of painting a town red. The story goes that whenever the Romans captured a town, they set about smearing the blood of their victims on all buildings. By the time they finished, most of the town was painted red! According to another theory, it was an eccentric Englishman who gave rise to this idiom: the Marquis of Waterford. The story goes that after a fox hunt, the Marquis and his friends got so drunk they went about painting the buildings in the town of Melton Mowbray in Leicestershire in red. Read enough about red? Before you get the blues, let me stop.