If one were to go through any book of English idioms, one would come away feeling the speakers of this language are a peculiar lot. These technicoloured individuals have ‘green thumbs, ‘see red’, have a ‘black tongue’, and when they talk, they often do so till they are ‘blue in the face’. When they are ‘green around the gills’, they see ‘pink elephants’, and the following morning, when they wake up with a hangover, they are in ‘black mood’. Like a chameleon they can ‘turn white’ or ‘turn yellow’ when they are in danger, and when they are angry, they turn ‘purple’. Very colourful lot the English, and for someone who has problems differentiating pink and purple, both the language and the people can be bewildering.

Think about it. Where else do you have people looking for that special someone who has ‘blue blood’ running in his/her veins? If matrimonial ads are anything to go by, we Indians too are rather colour conscious. Just ask Andrew Symonds about it. Even a dusky, portly, pot-bellied Indian male wants a “tall, fair, slim girl” as his potential mate. Compared with his English counterpart who wants someone with ‘blue blood’, the average Indian male isn’t that specific.

Have you ever wondered why people of nobility are believed to have blue blood running in their veins? I understand that the expression is actually a translation of the Spanish term “sangre azul” (blood blue). At one time, the Moors (people of the Arab race) ruled over much of Spain. The Moors were dark complexioned, and during the seven centuries that they ruled Spain, a lot of interracial marriages took place. But the Spanish aristocrats who lived in Castile did not intermarry with the Moors. As a result, they remained extremely fair and began to distinguish themselves from their rulers and fellow aristocrats by calling themselves “sangre azul”. What they meant by this was that because of their very fair complexion, the veins in their arms looked blue. It was as if blue blood was running in their veins! Talk about getting vain! Anyway, the term ‘blue blood’ was borrowed by other European countries to describe a nobleman. 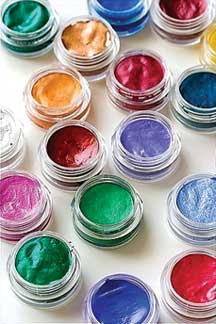 In England, the expression was borrowed to refer to prestigious institutions as well. Do you know that universities like Oxford and Cambridge are called “blue brick” universities in England?

Colours play such an important role in this language, that common names are frequently used to refer to certain ordinary hues. For example, did you know that ‘Isabel’ means brownish yellow? Although there is nothing exciting about the colour itself, the story behind why Isabel means what it does, is rather interesting; and in order to tell it, I have let some dirty linen remain unwashed!

The story goes when Isabella, the daughter of King Philip II of Spain, was married off to Prince Albert of Austria in 1598, as dowry the young couple was given the whole of the Netherlands. Unfortunately, one of the cities, Ostend, was in the hands of the Flemish. Isabella apparently told her young husband that until he captured this city, she would not remove her underwear even to wash it! The husband, being big on hygiene, panicked and set off to Ostend to capture it. Fortunately, or unfortunately, it took him nearly three years to do so! If the story is to be believed, poor blue-blooded Isabella wore the same unwashed underwear for three years! Now do you understand why “isabel” means “brownish yellow”?

I guess the story explains two things. One, why Isabella and Albert never had children, and two, why Hamlet kept saying that something was rotten in the state of Denmark! The smell probably carried all the way from the Netherlands!