Children from socially and linguistically marginalized societies, especially in rural India, have several learning handicaps, but a conventional teacher could misread these as behavioural problems. How many teachers realize this? An incident from the Lohit district of Arunachal Pradesh, with a large population of displaced refugees — Chakmaks.

All the teachers were late. I engaged some senior students to take attendance and control the juniors. I was in class IV. The adjoining room was class III. After calling out the attendance, I went to class III and wrote the 2 times table on the board. I asked the students to read the table out loud one by one and went back.

After a few minutes, the students came one after another complaining that Chirengi* was not reading out loud. So I went to class III and asked her to come to the board. But she did not move.

Chirengi was a Chakma refugee, residing in the dense forests, outside the Arunachali tribal villages. Due to political hostility, these refugees have little social interaction with the major local communities, except during weekly markets, where they bring the vegetables and fruits they grow in their settlements in the forests to sell. Till recently most of these settlements had no schools, anganwadis, or health clinics.

Chirengi and other Chakma children live in the forest, which is about 6-7 kms from the school. Some days they come without eating breakfast because the morning school assembly is at 9.15 and to reach school they have to start at 6.30.

I forced her to come to the board. I was angry that a little girl was disobeying me. Somehow I controlled myself. I pulled her and asked her to read. But she did not utter a word and started crying. 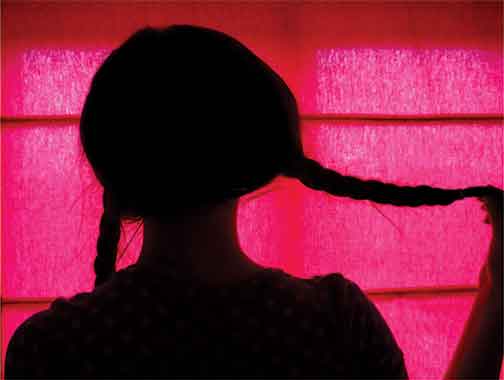 Pointing to ‘2’ on the board, I calmly told her, “Do you know what this is?” Her answer was in the negative. Then I started pointing to other numerals and asked her if she recognized any of them. She stood silently, eyes brimming with tears, and rubbing them with her little fingers. She went on breathing deep, controlling the flow of mucus.

Suddenly I realized the reason behind Chirengi’s disobedience. I was really sorry for her.

Other students sat silently on their benches apprehending the punishment. I gently asked her to go back to her seat.

A few days later, a circular came to the school, asking us to conduct remedial classes for girls who were scoring below 33 per cent in mathematics. I took the advantage and volunteered to teach Chirengi. These students were provided free notebooks by the government.

On the second day, I checked her notebook. She had done her homework! She was very sincere. Her writing was clumsy and she could not recognize ‘1′. I helped her. I found that after ‘1’, she knew 2, 3, 4, but forgot the rest. I did not rebuke her, but encouraged her to read again and again. Whenever she stopped, I helped her. I said, “Chirengi, ask me if you do not know any number.”

She started wishing me ‘good morning’. She told me about her friends. She smiled whenever she saw me and was ready to do whatever I asked her.

Gradually she could write and read the numerals from 1 to 20. The programme ended after 20 days and I could not help her beyond what I did in those days of the remedial programme, but I was happy that Chirengi could at least recognize numbers. I told Chirengi’s math teacher about her condition. He said, “Oh, that’s why she’s very rude…” I requested him to help her as much as possible. Since I was transferred from that school I could not keep track of Chirengi’s progress.

There may be many such Chirengis, who cannot keep pace academically with other students due to linguistic and social hurdles. In order to hide their ignorance or in their struggle to get over them, they behave abnormally, making many think it rude behaviour.

I was glad I could learn a valuable lesson from Chirengi.

The author is an English teacher at the Government Seconday School, Wakro. She can be contacted at [email protected].