Most people think that a teacher leads a relatively quiet life; one that is devoid of tension, and as exciting as watching two snails doing a hundred metre dash. But we practicing teachers know better. Monotony is not a word we would use to describe our life, for no two days are ever the same. Given the many variables, if there is one profession that Murphy’s Law (“Anything that can go wrong, will go wrong”) is applicable to, it is that of the teacher’s. What are some of the calamities a teacher must be prepared for? What are some of the emergencies that she/he must respond to? A student may fall ill at any time and choose to deposit the contents of his undigested breakfast/lunch on the classroom floor. The quiet of the lunch hour may be shattered by the screams of a child as he falls and dislocates his collar bone. An altercation may break out in the staff room over the non-availability of chairs or missing notebooks. A parent, disappointed with his child’s ‘academic achievement’, may choose to direct his pent up fury on the one who taught him. At times, the calamity may strike closer home. On the morning of the school annual day, your child may contract chicken pox and you search frantically among your list of friends who could possibly replace you as the compere of the show. If your colleagues are unwilling, you send an SOS to your principal. If variety is the spice of life, then surely, the one we lead is perhaps one of the spiciest, if not the most – there’s never a dull moment.

Send an SOS to the principal! It’s strange isn’t it, how the language of the Morse code has become an integral part of our everyday language. Everyone knows that an SOS is a call for help, particularly during an emergency. But what do the letters stand for? Most people would say that they stand for ‘Save Our Souls’, while some would maintain they are an abbreviation for ‘Save Our Ship’. Both would be wrong, for ‘SOS’, when first used, was nothing more than a distress signal; the letters didn’t really represent anything. You must remember that in the old days, long before Marconi came up with his idea of wireless telegraphy, it was not possible for a ship to stay in touch with people on land. But once Marconi’s device was installed on each ship, radio telegraphic signals made it possible for a captain to maintain contact with every one – with other ships, and with people on shore. If the ship’s captain wished to get a message across to someone, he had to make use of the Morse code – a radio telegraphic signal. ‘SOS’ was chosen to be the emergency signal because these letters were very easy to transmit and easy to recognize in Morse code. It was only much later that people created stories about why the letters were chosen. Nowadays, any appeal for help can be called an SOS; it is not restricted to emergencies on ships alone. The Swedish pop group ‘Abba’ composed a song titled ‘SOS’.

Did you know that as the Titanic was sinking, the wireless telegraph operator sent several distress signals? The ship closest to the Titanic, and one that could have possibly saved the lives of many people, did not respond to the desperate cries of help till the following morning. Why? There was no wireless operator manning the post at that time of night! Before April 1912, in order to cut costs, most shipping companies assigned only one wireless operator to a ship; this individual worked from morning till evening. After the tragedy of the Titanic, a law was passed making it mandatory for all ships to have a wireless telegraph operator present at his post at all times. 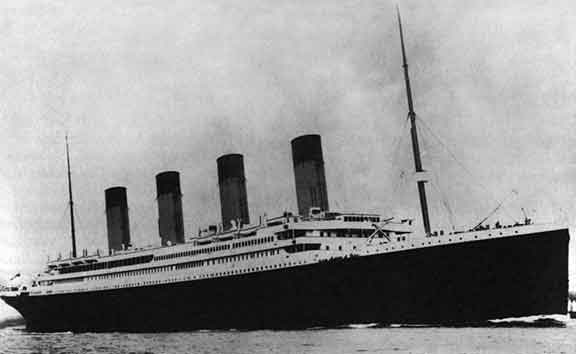 Once it became possible for the human voice to be transmitted over the air waves, the ‘SOS’ died a natural death as the number one distress signal. In 1927, ‘Mayday’ replaced it as the international distress signal in radio communication. Nowadays, when the pilot of an aircraft or the captain of a ship/boat wishes to inform the authorities concerned that there is a major problem on board, he usually says, ‘Mayday, Mayday, Mayday’. The word is always repeated three times in quick succession. Fredrick Stanley Mockford, a radio officer working at Croydon airport in London, coined the term. Some people assume that it refers to 1 May, Labour Day. Nothing can be further from the truth; ‘Mayday’ has nothing to do with the month of May. The expression comes from the French ‘m’aider’, which is the shortened form of ‘venez m’aider’, meaning ‘come help me’. With the passage of time, ‘m’aider’ became ‘Mayday’.

Pilots normally use ‘Mayday’ when there is imminent danger to life and or to the aircraft. But what if there is a threat which is not immediate? In this case, he says ‘pan-pan’ three times in quick succession. This informs the authorities that there is a problem on board, but it is not immediate. There is no need for an immediate rescue attempt. The word comes from the French ‘panne’ meaning ‘breakdown’.

So the next time you’re caught in a bind and need to make that desperate call for help, think about it – do you need to send an SOS, call Mayday, or simply shout out “pan pan”?