The experience of most children in school is marked by fear, anxiety, exclusion, hierarchy and power-play that leaves them disillusioned. Formal schools, as they exist today, have deep political, social, and economic underpinnings and hence become sites of reproduction of dominant social, cultural, political, and economic ideologies. Most of them do not function as spaces where these dominant hegemonic relationships can be challenged and an alternative order be conceptualized.

Education can never be an apolitical venture. The most fundamental questions, such as ‘what education means?’ and ‘which type of schooling would be best-suited to impart that kind of education?’ are deeply political questions which are closely linked to the larger political agenda with which the State operates. A visible example is the change in the content of school textbooks that comes with a change in the political party at the Centre.

On an ideal plane, the Preamble to the Indian Constitution clearly spells our commitment towards the political ideal of a democratic, secular, socialist, and sovereign state with emphasis on values of equality, liberty, and fraternity. However, our present school system seems to be operating on a contrary model. A deeper examination of each of these values will throw light on how schools tend to inhibit the growth of an individual into a citizen as conceptualized by the Constitution.

Democracy requires all the members of a group to be on an equal footing to be able to participate in decision-making and governance. It also essentially requires that people feel liberated/free to take decisions and express themselves without any fear. Along with liberty and equality, is the principle of fraternity that reminds an individual of the need to take decisions not for one’s own selfish interests but for the common good. Ideally, schools should inculcate the spirit of liberty, fraternity, and equality in the students so that they can take collective decisions as adults. However, present day schools operate on a model that inhibits freedom, encourages competition at the cost of cooperation and gives unequal opportunities to students. Stemming from my own schooling and teaching experience, I can say that most schools (not all) restrict the movement of the children, their ability to communicate and learn from each other in the name of discipline. Children are grouped on the basis of their age and forced to sit in the same classroom for one year. Children are not allowed to move from their seats when academic periods are going on. In such an environment there is little scope for children to learn from each other.

The concern for equality and fraternity takes a backseat as soon as competition comes to the fore. The humanist philosophy believes in the inherently good nature of humans. Our schools successfully turn this inherently good and cooperative nature into a selfish, competitive, individualistic nature which has little scope for considering the other’s emotions, needs, and rights. I remember how in senior secondary classes, we were told to be competitive because the world out there would tear us apart if we did not compete. We were given lectures on how we should be competitive and selfish enough to survive in the market-oriented capitalist economy that was waiting for us outside the school.

If one was to look at the ideal of secularism, the school system belies the expectations even in that area. Schools seem to have taken inspiration from the colonial past with respect to the practice of secularism: talk of religion or refrain from religious talks depending upon the benefits that can be drawn by those in power. In most schools, an engaging discussion about all religions is not held with the students as it might give them insights into becoming more humane and sensible. Having been to a convent school, I remember the confusion I experienced when Christmas was celebrated with a lot of enthusiasm but the celebration of Eid or Guru Parv was not even talked about. Since Hindus were in majority, we did find some space to at least greet each other on Diwali or Holi but I think I cannot even imagine the alienation that students belonging to other religions would have felt. Once I ended up wishing my Muslim friend “Happy Muharram” (Muharram is a day of mourning for the Muslims) because the school calendar mentioned it as a Muslim festival and for a young child, festival meant celebrations. 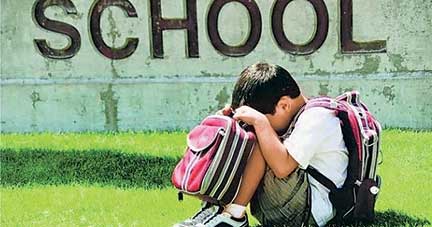 Perhaps engaging discussions on religion is not a viable option for most schools because humane, sensitive individuals will not fit into a capitalist society, which brings us to the economic dimension of schooling.

In the economic realm, capitalism may seem to be a simple ideology that favours the meritorious. However, no economic system is as simple as this. Complexities like ‘cultural capital’, existing inequalities, social positioning of an individual has been conveniently ignored in this conceptualization of capitalism.

Capitalism requires a few skilled minds and a majority workforce that works incessantly without questioning their masters. If we closely analyse our school system, it functions to provide this labour force to the industries so as to fulfil the profit motive of the capitalists. Thus, schools inculcate obedience in the name of discipline, a strict time table to be followed, teacher’s authority to remain unquestioned and a set curriculum to be followed which has little relation to the student’s needs or interests. It trains a workforce that does not question hegemonic structures, hierarchies, or oppressive institutions.

One argument that can be put forth in support of the creation of such a workforce is that schools are doing a good job as they are preparing students for adult life. However, human beings are a complex species. For them, adult life is not just about survival of the human body. It is also about survival of the mind. Humans have the power to think rationally and thereby decide what is ‘good’ or ‘bad’ in a particular situation. The purpose of schools should therefore be to develop this spirit of rationality that would help students to become independent and responsible decision makers. They would then be able to decide whether capitalism is the best mode of economic organization or could there be better modes of doing the same?

This economic aspect is closely related to the political aspect. The political domain, while operating on a capitalist mode, has withdrawn from its function of a welfare state and has allowed the market to intervene in all sectors including education. Hence, we see the growth of private schools that run with profit motives. When an institution that was designed to promote learning turns into a commercial venture for profit making, there is little hope that it will be committed to the ideals of social justice and equality which contradict the very essence of a market based economy that thrives on competition. 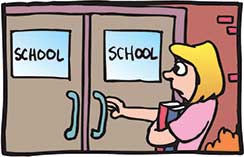 Questioning and critical thinking are skills that might feature as aims of education in the vision documents of many formal schools but they remain fancy words to attract parents to the schools for gaining more profit. These skills can be fostered only in the presence of a committed pedagogy and a creative curriculum. Both these aspects are absent in most schools. If a child dares to use these skills, she is brought back into the real world by using the instrument of punishment. Corporal punishment may have been banned by law but various forms of punishment continue to instil fear in the minds of the students. As a teacher, I saw students being punished for honestly telling the teacher that her pedagogy is redundant. The instrument used for punishment was humiliation.

‘Participation of all’ is a significant principle of democracy. Democracy is an empty political ideal till it is practised within the social realm. Schools can and must become sites where barriers that prevent different socially, economically, and culturally disadvantaged communities from participating should be eliminated. However, schools remain silent on such issues, often strengthening and propagating stereotypes related to the disadvantaged communities. Schools do not teach us to “accept differences and celebrate diversity”. They have a “one-size fits all” curriculum model as they prepare students for an industrialized economy based on mass production. In the words of Michael Apple, schools become “sites of cultural reproduction”. Instead of creating an inclusive environment and empowering students by providing learning opportunities through inclusion, present day schools segregate students, thus, preventing them from being sensitive to diverse needs of different individuals/communities. Hence, most schools do more harm than good.

Unless schools become sites where the dominant frameworks are challenged and stereotypes are broken, they will remain spaces that one needs to beware of.

The author has been a teacher and is currently pursuing MPhil from Tata Institute of Social Sciences. She can be reached at [email protected].