Learning to use new technology is not easy; especially for a middle-aged teacher. They say that you cannot teach an old dog new tricks. But when push came to shove, this old dog forced himself to learn several new tricks to survive the world of academia at the University of Georgia.

The day that I plodded along East Campus Road in Athens, Georgia, for my first class in Instructional Technology, the air was heavy and woolly, and the sky was growling pessimistic prophecies. In retrospect, I should perhaps have heeded the celestial warnings; instead, I entered the classroom on the 6th floor with naïve enthusiasm. The moment I breezed into the room, I knew that something was wrong: there was only one other student in class. On seeing me, the instructor’s face melted into a delicious smile of welcome; as if on cue, twenty odd students trooped in. God, I thought, was in his heaven and all was right with the world.

The feeling of effervescence lasted till the first set of assignments started rolling off the assembly line. One didn’t have to be a rocket scientist to complete the tasks, and I was confident that I would be able to do them without unduly exerting the old grey cells. It was while I was mentally patting myself on the back that the professor casually added: ‘Oh by the way, I would like you to use the Eudora software for your assignments, and Eudora is available only on Mac.’

The word ‘Mac’ set off a chain reaction. The heart parted from its moorings, the smile that had been splitting my face vanished, sweat oozed from every pore in my body, the stomach complained like a door that hadn’t been oiled in several years, and the jaw drooped like the proverbial lily. The reason for this spontaneous overflow of powerful feelings was fairly simple: no, it was not because I was an admirer of that potty poet Wordsworth. I had never used the Macintosh computer in my life! In fact, I had never used a computer till I became a graduate student in the University of Georgia in the fall of 1994. And for six months, I worked enthusiastically delving into the mysteries of the IBM PC. During this period of learning, I had shunned the Mac, treated it as some sort of pariah, and now, it was striking back. 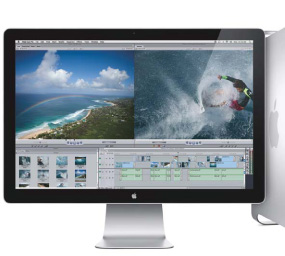 The following week, the professor took us to the Macintosh computer lab, and I boldly went where at least this Upendran had never gone before. I saw the Apple logo on the computer screen, and unlike Eve I had no desire to taste the forbidden fruit. (You must remember that in January 1995, Microsoft had not started marketing Windows. To be able to operate a PC, you needed to know how to work with the keyboard. The Macintosh, on the other hand, made use of a graphic user interface, which required you to be adept in the use of the mouse.) For the next two hours the professor proceeded to provide us with a breathless summary of the working of the Macintosh computer. In a short space of one hundred and twenty minutes, he took us from the world of ‘Word’, to E-mail. Galin, Eric, World Wide Web and Netscape. And while he was busy telling us how to access the information highway, I was busy trying to unravel the mysteries of the numerous windows on the screen. ‘Click on gopher, pull down message and type in….’ went on the professor. The only thing that I wished to do was to click on ‘menu’, order a pizza, become a gopher and bury myself in some big hole. The lecture delivered at a frenetic pace totally disorganized my nervous system, and as I caught my reflection on the screen, an enigmatic expression on my face was there for all to behold. Had Leonardo Da Vinci seen me as I walked out of the lab, it would be my portrait, not the Mona Lisa’s that would be hanging in the Louvre today!

I doused the impulse to run home to India where the recommended means of doing one’s assignment is to use the ‘portable handheld communications inscriber’ (U. S Army jargon for a pen or pencil!). On returning to my apartment, my wife asked me to cheer up and proceeded to fortify me with a spicy dinner. I purred with satisfaction, and as it usually happens when one has a full tank, a grim determination crept in: I was going to master the Macintosh come what may. The next day, I began the onerous task of ‘attaching’ a document to an email message. Like all Taureans, I had planned well ahead as to how I would tackle the problem, and by the time I reached the computer lab, my fear of the Mac had all but dissipated. But as the saying goes, there is many a slip between the cup and the lip. No sooner had I sat down to follow the procedure I had so carefully laid out, a classmate struck up a conversation during the course of which he informed me as to how he had succeeded in attaching a document. Being the computer novice that I was, I was more than willing to follow his instructions. I promptly retrieved a document on Bilingual Education from cyberspace, and sent it off to the professor. The following week I was told that I had merely succeeded in ‘pasting’ the document, and not in ‘attaching’ it. Lesser mortals, of course, would have been crushed. But I stood in total amazement, for yours truly had become the first member of his clan to ‘paste’ a document. History had been made!

I tackled the problem of ‘attaching’ the document once again, and this time it was a solo performance. I carefully followed the instructions that I had planned on using earlier, and it was with a sense of reverence that I clicked on the ‘Send’ button. But when the professor informed me the following week that he hadn’t received the message, a shadow began to fall on my earlier optimism. I had met a formidable enemy, and I decided that it was time to declare war on the Macintosh computer. I realized the only way to master the beastly machine was to have an in-depth knowledge of how its devious mind worked. For the next two weeks, I spent four to five hours every day working with the machine. It continued its non-cooperation movement, and did its utmost to drive me up the wall. But I didn’t roll my eyeballs and throw my hands into the air. I was made of sterner stuff; after all, I had been married for nearly 9 years. I wasn’t going to give in to a computer without a real fight. What was required was patience, and I had tons of it!

In the course of the next two months, I made it a point to park myself in the Macintosh lab whenever I found the time. Through all the grumblings, mumblings and a liberal sprinkling of juicy adjectives, a number of things happened. I began to have a healthy respect for the Macintosh, and it began to see me as someone who could not be easily ‘shooed away’. We began to tolerate each other, and didn’t go out of our way to burst each other’s bubble. I plodded on, struggled with my assignments, and strangely enough began to look forward to my sessions with ‘Mac’. By the time the semester came to an end, and I had successfully completed the assignments to my professor’s satisfaction, I realized I still hadn’t unlocked all the mysteries of this strange computer. I did what most men do when they don’t understand something. I fell in love with it. So much so, when I had saved enough money to buy a computer of my own, I bought myself a Macintosh!