After two months of vacation, children usually look forward to getting back to school. A week before the place of leisure throws open its doors, the ‘eager’ beavers of ‘one form’ gravitate to their favourite stationary shop to buy the new ‘feathers’ and ‘little tails’ they require to keep themselves entertained in the garden. ‘Little tails’, ‘feathers’, ‘leisure’, ‘garden’ ….these are not usually terms we associate with school. In case you are wondering if I have lost it, let me assure you my fellow index fingers, I have not! Why am I referring to teachers as ‘index fingers’? Believe it or not that is what we are. We are all ‘index fingers’, or as the Americans call it, ‘pointers’. ‘Teacher’ comes from the verb ‘teach’, which in turn comes from the Old English ‘taecan’ meaning ‘to show, point out, give instruction’. Since people normally use their index fingers to point, during the late 13th century, the word ‘teacher’ was coined to refer to this particular finger! Years later, the word was used to refer to someone who pointed children in the right direction: the humble teacher. 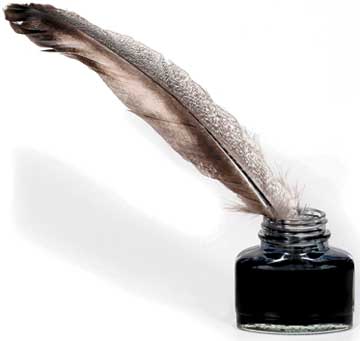 We teachers have been called all kinds of names by our students, but no one would have pointedly called us ‘index finger’! True, the term is not very insulting, but it is not a term of endearment either. You may remain indifferent if someone were to call you ‘index finger’, but how would you react if you were labelled ‘slave’? Have I got your attention now? We often refer to ourselves as ‘pedagogues’ and the profession that we practise as ‘pedagogy’. Sounds much more impressive than ‘teacher ’and ‘teaching’, doesn’t it? In ancient Greece a ‘paidagogeo’ meaning ‘to lead a child’, was nothing more than a slave. It was the job of this individual to accompany his master’s son to the school and the gymnasium and make sure that the child performed all the tasks that were required of him. In other words, the pedagogue supervised the child’s education. Since this was the task that ‘index fingers’ also performed, the term pedagogue soon began to be used with teachers. In case you are wondering why the slave accompanied only the sons, the answer is fairly simple: in ancient Greece, girls were not allowed to go to school or the gymnasium. The word ‘gymnasium’ comes from the Greek ‘gymnos’ meaning ‘naked’, and in the old days a gymnasium was a place where men exercised in the nude. This was also another reason why women were not allowed to sit in the stadium during the Olympic Games: most athletes who took part didn’t have anything on!

Nothing much has changed for us index fingers: we slaved in the past, and we continue to do the same even now. School teachers often complain of having to teach five to six hours every day and not having any spare time. How can one not have any spare time in a place which means ‘spare time’ or ‘leisure’? The Greek word ‘skhole’ from which we get the modern day ‘school’ means ‘things done in one’s spare time’. A school was originally a place where people went in their spare time to discuss things. Aristotle and Plato had learned discussions with their students; as time went by, the time spent in having these learned discussions was called ‘school’. How things have changed! In the modern world, ‘leisure’ is not a word that one would normally associate with ‘school’. It’s a place where children experience ‘stress’, ‘pain’ ….everything except leisure. Nowadays, when we think of a school, the first image that comes to mind is a building. It is a place where teachers do all the talking and the students listen. The syllabus being what it is, there is little or no time for discussion. It is not the garden where children are meant to have fun. The term ‘kindergarten’, by the way, literally means ‘children’s garden’. How many of our schools have a garden nowadays? 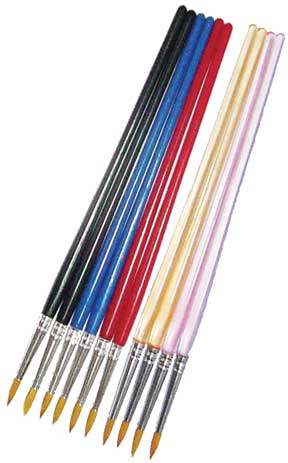 Every year before school begins children have great delight in buying pens, pencils and uniforms. When we visit a school, we often complain that all kids look alike. It is because they all wear the same uniform that makes them look the same. Why do we complain when it is the function of a uniform to do this? The word ‘uniform’ comes from the Latin ‘uni’ meaning ‘one’ and ‘formis’ meaning ‘form’. The word literally means ‘having the same form’; in other words, people wearing a uniform look similar; they look as if they have the same form or appearance. As for the implements that children use to write, ‘pen’ comes from the Latin ‘penna’ meaning ‘feather’. In the old days, feathers or quills as they were called then, were used to write. Whenever the tip became blunt, a small knife called the ‘pen knife’ was used to sharpen it.

Finally, for the tailpiece. The pencil or ‘pincel’ in French meaning ‘little tail’ was originally an artist’s paint brush which was used for writing.