This is not an isolated instance that adivasis face. A quick glance at UNICEF’s report on the status of education among Adivasi children in India based on the study conducted by the National Institute of Advance Studies, Bangalore, and which is now tabled in Parliament, shows the pathetic state of education among the adivasis in this country and how they are being steadily and almost deliberately marginalized.

Without going into the details, I have culled out here four of the nine Key Problems taken out of the Findings Chapter of the Report:

Our school, the Vidyodaya Adivasi School, has, I believe, overcome many of these challenges and provides a necessary model for anyone who wants to see. How did we go about this?

When we began our work 20 years ago the conversation between the Headmaster of the Tribal school and the adivasi parent would go like this:
“What is your son’s name?” the Head Master would ask the adivasi father who had come to admit his child in the Govt. Tribal Residential school. “Karalan” the father would reply. “What kind of a name is that?” the Headmaster would retort. “His name is Govindan” the Head Master tells him and enters it in the register. The father tries to explain that to the child in his language. Immediately the Headmaster shouts “Don’t speak that jungle language here, only Tamil, you understand? Leave the child and go.” The father leaves the child in the hostel and goes home only to find that by the end of the week the child is back in the house and refuses to go back, ever. Ask any adivasi here as to why he or she dropped out and this story will be repeated with minor variations.

Adivasi civilizations have been in existence long before settled agriculture and preserved to this day. Unfortunately, `civilization’ is being measured by standards set by those who believed that to move away from the natural to the man-made was to be civilized and cultured. Those who remained in their natural states with limited material assets which suited their lifestyle, often nomadic, were set apart as being primitive. It is these definitions that have allowed for indigenous people all over the world to be looked upon as an inferior race and therefore have been put at the bottom of the social ladder leading to such disrespect not only to their cultures but to them as human beings.

Adivasi communities have had a somewhat limited material culture, that is, the amassing of assets of one kind or another. On the other hand they have a rich spiritual and ceremonial life and complex patterns of social organization. Their relatively isolated life from other cultural groups over long periods of time has allowed the evolution of very distinctive yet coherent explanations of existence. They have an alternative view of seeing reality. There are fundamental differences in the way they conceptualize how people relate to each other and to the universe, a view that emerges from a different logic of life.

Respect for the adivasi way of life has been the core of our work. We believe that if they are not to be ‘assimilated and dominated’ and dumped at the bottom- most rung of our social ladder, they must become owners of the change processes involved and have the right to direct that change and the terms of integration.

The day we took adivasi children into the school, we also took a batch of young men and women and trained them not only to teach but also to manage every aspect of the school and educational process. This group manages the school and the education programme that deals with nearly 3000 other adivasi children who go to government schools. All matters that concern the school, including admissions, recruitment of teachers are done through the community’s mass organization, the Adivasi Munnetra Sangam.

We have five tribes in Gudalur and unless we have teachers who can talk to them in the initial years, we cannot keep them in school. So the school has steadily increased its number of teachers from the adivasi community and today has 6 out of the 11 teachers. All these teachers, including the non-tribal ones were trained on the job in the school. They had to understand the complexities of the adivasi way of life, their language, their customs. Education in the adivasi system is a process of socialization, and unless the teacher is able to establish a special rapport with the child almost on a one to one basis the child will not get involved in learning. In all this decade and half of having adivasi children, we have had hardly any drop outs and in fact the numbers have swelled. But are these teachers “qualified” as per the requirements of the RTE Act? No. Have they helped hundreds of children and convinced hundreds of parents about education? Yes! 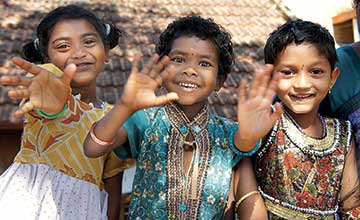 Not having seen a single child complete schooling and having been told time and time again that they are incapable of learning, we would bring parents and community members to our school to show them that these children were in no way incapable of learning. The school had to become an open space where parents, community members and children could freely interact. The community then suggested that their culture find a place in the curriculum where the elders could participate and to which the children could relate. So the school curriculum includes the history of the adivasis of Gudalur, the geography of Gudalur, the land struggles and work of the Adivasi Sangam, the songs, dances, riddles, stories, medicinal herbs, and the participation in certain rituals of each of these communities. Community leaders and elders come to the school to teach all of this. None of this is prescribed in the state curriculum. Can we compromise? If we do, the price will be high drop outs.

The Act also states that as far as possible the language of instruction should be in the mother-tongue. We have five mother-tongues in the school. In the early classes there is no point talking to the child in Tamil. It understands only its mother-tongue. So we cannot and do not begin the learning process in Tamil language. Prof Ganesh Devy talking on Inclusive Education says that India is a country of 1652 mother-tongues!2 How can we reduce this to some 22 languages of instruction and expect children to understand or does it not put the majority of children at a disadvantage?

One of the most dangerous aspects that we see has to do with Assessment. The government has no idea what is involved with Continuous and comprehensive assessment. So they are coming out with a standard format which takes away the very individuality that the assessment is supposed to check. In fact some states are handing this over to private firms or organizations to come up with formats and even do the assessment.3 What happens to the role of the teacher? These comprehensive assessment methods have been employed in our school ever since we began. Will we have to comply with the new regulations which will involve filling up forms which no one will look at?

It is difficult to explain the totality of the way adivasis see life and so when we deal particularly with first generation learners, as in our school, we need to have greater understanding of the issues involved. As an outsider it has been hard which is why we feel that the adivasi community must design the school the way they want it. The preservation of continuity, for instance, rather than change and progress, is closely associated with a world view that emphasis should be on `being’ rather than ‘doing’. As with other hunter-gatherer societies, the adivasi people have recognized that survival depends on cooperation and co-existence, both with the natural world and with other people. It has more to do with participation and experience than with direct cognition. In modern societies, manipulative behaviours is required, involving control over the environment and the use of human relationships as a means to an end. Since these behaviours reflect opposing views of reality, adivasi children, brought up in a context that stresses co-existence, are ill-prepared for encounters with the kind of schooling which places such strong emphasis on the manipulative, the individualistic and target oriented.

What the future holds for our school, we do not know. For now, no one interferes with what we are doing and we have not compromised. The community also appears very clear that we need not kowtow to the demands of the state. It would be in the best interests of all if schools such as ours which have been implementing in letter and spirit all that is said in the RTE Act are allowed to continue and become centres of innovation and meaningful education. I conclude by quoting from the section on Innovations in the Recommendations chapter of the UNICEF report: “Most innovations in education have been generated by alternative schools and by a small number of individuals and organizations. The innovations include new teaching-learning materials, pedagogies and some texts. These need to be enhanced. Innovations in Adivasi/Tribal education will occur when the focus is shifted away from standardization. Innovation will involve incorporating newer ways of learning, creating new knowledges, open systems of learning, recognition, accreditation, and certification. The reality of present-day innovative education programmes is such that most of the initiatives have been taken up by civil society groups and are in operation on smaller scales. Scaffolding these, instead of subjecting them to bureaucratic norms will go a long way in enhancing innovative educational schemes for deprived groups.1

The author is founder member of Viswa Bharati Vidyodaya Trust, Gudalur, which works with the adivasi community and teaches at the Vidyodaya Adivasi School. He can be reached at [email protected].